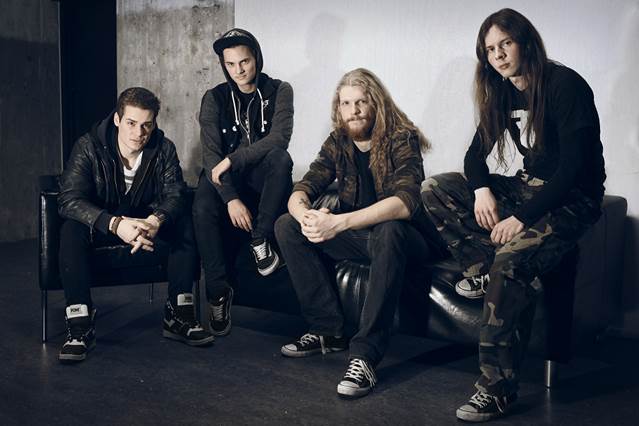 Essence are a Danish metal band with roots in thrash metal, formed in 2005. The band consists of four young guys, Lasse, Nikolaj, Mark & Rasmus. Their debut album, ‘Lost in Violence’ (produced by Søren Andersen), was released in 2011, and their second album, ‘Last Night Of Solace’ (produced by Peter Tägtgren), came out in 2013.

The band have shared the stage with acts such as Entombed, In Flames & Megadeth, touring heavily throughout Europe.

Their 2013 album was nominated for a Metal Hammer Award and won the Rock The Nation Award; they were also honoured with a Culture Award from the Danish government, presented by the mayor.

Their 3rd album, the first for Spinefarm, is currently being mixed, and signals the beginning of a new era…

“We are extremely proud to be part of the Spinefarm family! We have seen Spinefarm as an inspiration ever since we started playing, dreaming of what it would be like to work with them one day. It truly felt like that dream had come true when we signed the deal! They are hardworking music lovers who believe that quality beats quantity any day. We are honoured to share our songs and visions with the single most AWE-FUKN-SOME label ever!” – Essence