Raging Speedhorn have revealed they will be performing a one-off reunion show with their original line-up at the Electric Ballroom in London on October 6! The show will see Darren Smith, John Loughlin, Gareth Smith, Frank Regan, Gordon Morrison and Tony Loughlin taking to the stage together! Drummer Gordon says; “Really happy to announce that we […] 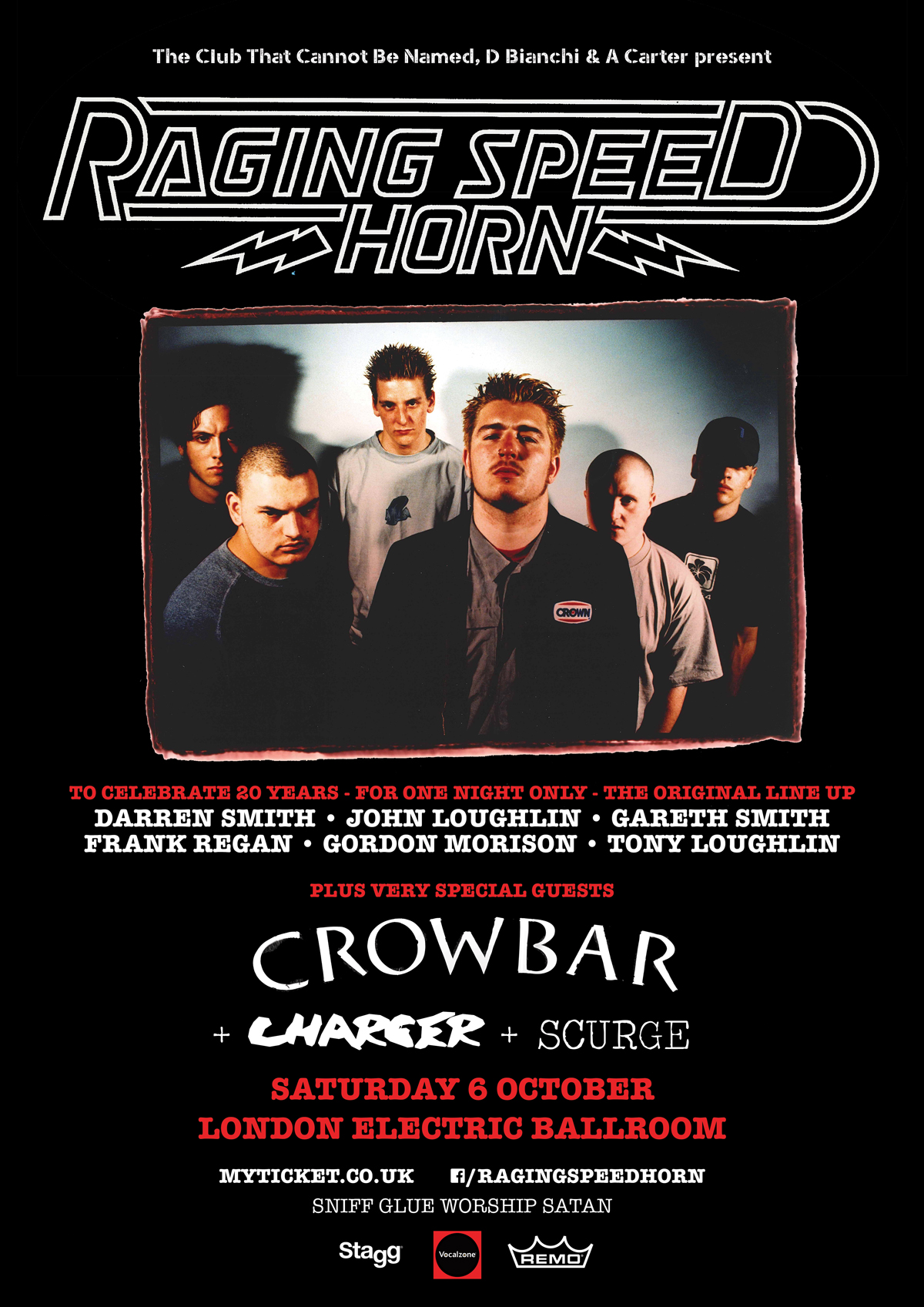 Raging Speedhorn have revealed they will be performing a one-off reunion show with their original line-up at the Electric Ballroom in London on October 6!

Drummer Gordon says; “Really happy to announce that we will be celebrating 20years years or Raging Speedhorn. on October 6th at the amazing electric ballroom in London with the original band this will never happen again so if you want to see us smash London go get your tickets now.”

Returning guitarist Gareth adds; “Starting Raging Speedhorn with the guys twenty years ago changed my life completely. It was and still is a huge part of me. I’ve never really been one for going back, as far as playing music goes, but to celebrate the twentieth anniversary with a special, absolutely one-off show was just too fun a thing to turn down. It’s going to be amazing. I can’t wait!”

Support for the show will come from Crowbar, Charger and Scurge. Jim Palmer, guitarist for both Chrarger and Raging Speedhorn‘s current line-up, says; “We’re excited to be able to bring the Fuzzbastard that is Charger to this show. It’s gonna be a mega celebration of times gone by and I for one am looking forward to reliving all those memories for one night. We may even have a surprise to reveal for our lineup. Volume over talent!”