British punk-industrialists Protafield have released the action-packed, post-apocalyptic video for new track =Pure. The track is taken from their recently released album Nemesis. 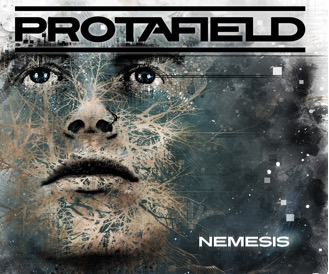 British punk-industrialists Protafield have released the action-packed, post-apocalyptic video for new track =Pure. The track is taken from their recently released album Nemesis. The groups’ diverse sound has helped to attract a lot of attention and catapult their latest album into the mainstream.

Jayce says of the idea; “When I saw bands beginning to put out lyric videos, that’s when I thought things were going wrong, I was so tired – LIKE EVERYONE ELSE!! Of seeing bands in a warehouse, or in a field…  then these computer CGI lyric video’s came from nowhere, and that was it…..What’s happened to creative imagination? This video almost killed us making it everything is real, the fire, the speed, Petrol bombs, the numerous near 90mph collisions, the carnage.. this is what Music videos should be about, when I saw these lyric videos popping up, It really saddened me that creative inspiration was being cheapened, F*ck that!!”

Watch the impressive video below;