Title Fight, Milk Teeth and Cold World are touring the UK in May! It’s gonna be incredible and here is our preview… 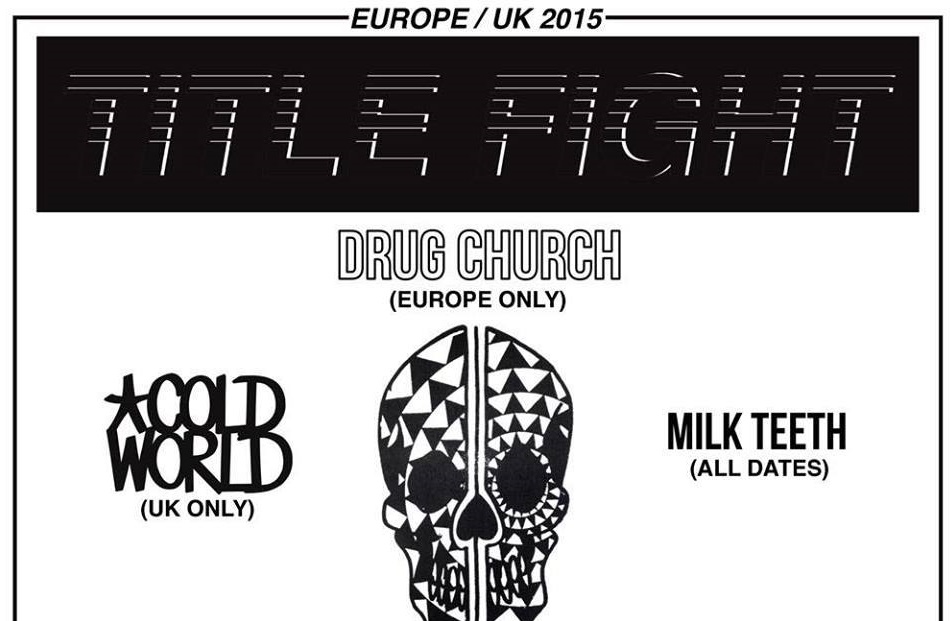 Bristol high-flyers Milk Teeth are to support Title Fight on their tour which also features Cold World for all the UK dates. Milk Teeth will also be continuing as support act for the non-UK European dates where they will be joined by Drug Church.

AltCorner has decided to create a preview of the UK leg of the tour as we shall be attending the Bristol date.

Carving out a strong following their formation in 2003 as they plunged into a emo punk meets post-hardcore style which drew widespread acclaim for releases ‘Floral Green’ and ‘Shed’. Title Fight however, split opinions this year with the release of the heavily shoegaze-influenced Hyperview which saw a departure from their renowned emo punk sound. We, here at AltCorner absolutely love the album and cannot wait to see the new tracks live. Title Fight have gathered a reputation for their mindblowing live performance so they will be a fantastic band to see both for a first time and if you are a returning fan.

Where do we start with Milk Teeth? A band that has seen a quite meteoric rise in popularity which has been one of the most deserved amongst the UK scene. Creating a cocktail of grunge meets punk featuring dual lead vocalists, Becky and Josh who contrast one another with Becky providing soft, delicious vocals that combine with Josh’s fierce and mesmerizing screams to create a real spectacle. This support slot is something this band deserve and have worked hard to earn, and for anyone new to Milk Teeth or who has not seen them live before, I cannot stress enough just how good they are. Many bands have a buzz around them and they don’t live up to the hype but Milk Teeth certainly do and they are soon to be the next big thing.

The hardcore five-piece from Wilkes-Barre, PA are one of the most talked about bands amongst their scene. Their sound is based around their bleak lyrical content, hip-hop-like character and brutal hardcore break downs which stand tall amongst other hardcore heavyweights. Fusing melody into their style too makes sure that they don’t fall into the generic trap door of hardcore. If there album releases are anything to go by, seeing them live could be a complete and utter riot.

Listen to them Live In Sheffield Here: