PREMIERE: Pushing Daisies – ‘Self Beliefs, I Have None’

We are delighted to offer you a glimpse into Pushing Daisies’ upcoming EP that is slated for a release on 10th May by streaming their brand new single and video for ‘Self Beliefs, I Have None’. 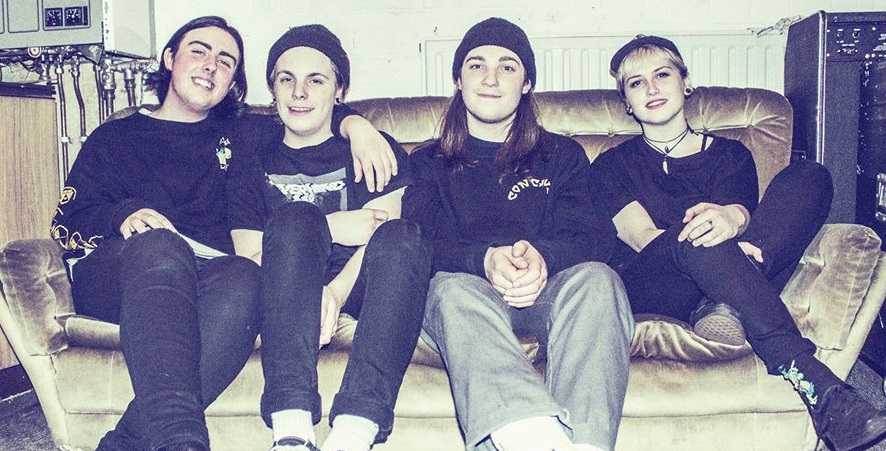 Pushing Daisies are a four piece Emo/punk band from Bristol. Known for their emphatic performances of grunge and emo infused punk, Pushing Daisies have gained a strong following and recently headlined the first AltCorner Night. We are delighted to offer you a glimpse into their upcoming EP that is slated for a release on 10th May by streaming their brand new single and video;

Self Beliefs, I Have None

We had a little chat with Pushing Daisies regarding the single and the EP;

Hey Pushing Daisies! Why did you choose ‘Self Beliefs, I Have None’ as the track to be your first music video?

We chose Self Beliefs because it’s a song we think that captures the best of what we do with the soft parts and the harsh.

What was the thinking behind the music video and its message?

We wanted to get across the anger and frustration of the lyrics in the song but through the way of the softness of the track so we had a story that wasn’t too hard hitting but does show what we wanted to, and we also wanted to show people who we are so we included performance shots

The premiere of the music video on AltCorner is the start of exciting times for you Punks, with the EP coming out on Sunday, how excited are you to finally get it released?

We are sooo excited to finally release it!!! It’s been a while since we’ve had this lineup and to finally start fresh as this line up feels really good!

Your music is emotion fuelled so is the upcoming EP filled with tracks that mean a lot to you?

Yeah the songs really do mean a lot to us and I think that’s portrayed in them well, especially the vocals.

How was the recording process for the EP and what did you do differently this time around?

The recording process was very different but was so much better for us, we recorded it all DIY at toms house so we had as much time as we wanted to do everything and we could do whatever we wanted which was really good.

Where can people go and see you in the future?

We are actually playing Exeter the night of the release and we also have a slot on Big Riff Fest in Bristol on the 16th May which is also free!

You played the first AltCorner Night and it was a complete pleasure to have you as our first headliner! What did that mean to you and what do you think of the AltCorner ethos?

The first AltCorner night was amazing! Probably the most fun show we’ve played! It means a lot to have been offered the first headline and it was rad, the ethos of AltCorner is probably the best we’ve ever seen from something websites like AltCorner. The way you guys put so much into helping spread the word of young bands is insane, so thank you!

For those who haven’t seen you live (poor them!) how would you describe a Pushing Daisies show?

One of our shows is a grunge infused punk mess but rad… Haha, we try to have as much fun with everyone so come down and have a mosh!

We honestly cannot wait for the full EP to be released!

We can’t wait either!!! We hope everyone enjoys it as much as us!

Pushing Daisies’ debut EP ‘Middle Child’ will be released 10th May and will be available to stream/download for free on Bandcamp and YouTube.  You will also be able to buy it physically as a cassette from their BigCartel and at their shows.