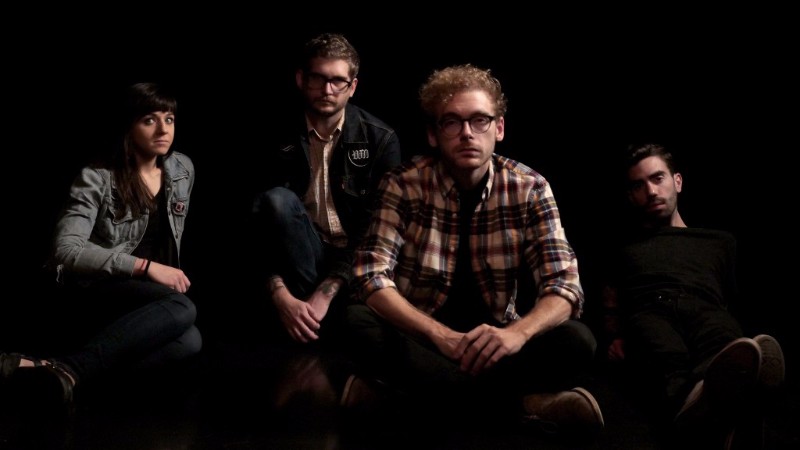 This week, Ann Arbor quartet Pity Sex premiere ‘Pin A Star,’ the newest single from their forthcoming second album White Hot Moon out April 29th on Run For Cover. “The group’s effortless arrangement and instrumentation recalls some of today’s best indie acts, like Mitski, and Deep Sea Diver,” raved SPIN.com about the track, written and sung primarily by guitarist Britty Drake and featuring harmonies by guitarist Brennan Greaves. Drake told SPIN of the song’s inspiration: “I am a long-term planner by nature–very goal oriented. “Pin A Star” is basically an antithesis to the way I live my life. It’s a reminder to live in the moment from time to time.”

Last fall, the song and video for ‘What Might Soothe You’ premiered on NPR Music and The Fader respectively, and earlier this year, NYLON premiered Britty Drake’s maximalist shoegaze love song ‘Burden You.’ More recently, Interview Magazine premiered ‘Bonhomie,’ which finds the band exploring an ”unconventional pop” sound. Produced by Will Yip, White Hot Moon is the most adventurous and monumental Pity Sex album to date. If White Hot Moon wears its ambition on its sleeve, that’s by design: the band looked to wide-screen albums by Yo La Tengo and Sonic Youth for inspiration. As St. Charles explains, “We thought a lot about pop conventions and how they work, and we’re purposefully playing around with that.”