New York’s resident mad-men, Patent Pending, are back at it again. Today they have announced the release of their anticipated new album RIOT HEARTS REBELLION, due out world-wide on November 27th on Rude Records. 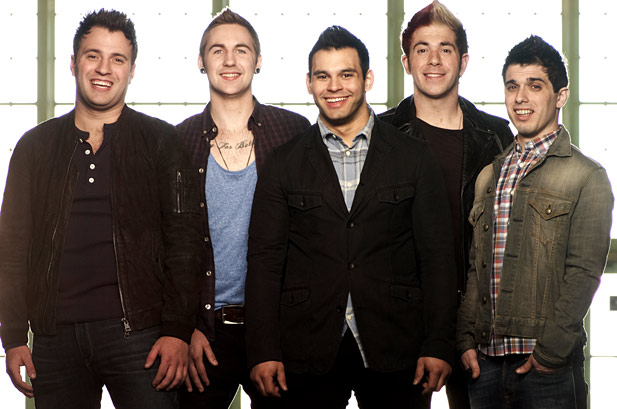 New York’s resident mad-men, Patent Pending, are back at it again. Today they have announced the release of their anticipated new album RIOT HEARTS REBELLION, due out world-wide on November 27th on Rude Records. Together with the announcement, the band has unveiled a brand new animated video for their new single ‘NSFW (.)(.)’. It’s described by the band as a “funny but serious warning to anyone who likes to take pictures of their junk with their phone”.

Singer, Joe Ragosta Comments: “This is my favorite Patent Pending album that we’ve ever made. I know I’ve said that about previous albums, but this one beats those because we’ve finally been able to achieve symmetry between the band we’ve been and the band that we want to be. I think that after all of these years of pushing our sound in different directions and dabbling in every genre we’ve finally found the balance between rock, punk, pop and everything else that we’ve been striving for. The lyrics have more meaning, the the rhythms have more feeling and the choruses hit harder than they ever have for us. There are twelve eccentric yet related ideas here and I’m proud of every single one of them.

Riot Hearts Rebellion is the title because that song is our battlecry. It’s a story about struggle, individuality, hope and revolution. It’s about doing what we believe in and not backing down no matter what obstacles we face along the way. Here in Patent Pending we’ve never wanted to pretend to be something, musically or personally, that we’re not to try and fit in. This refusal to conform to trends in any music genre whether it be pop-punk, rock, pop, hip-hop etc. has made us underdogs of the music business. Every time I read the title of this album it reminds me that we’re not scared to be the underdogs, we’re not worried about what other people are doing and we’re certainly not afraid of what they think of us. Riot Hearts Rebellion is a reminder that as long as we keep doing what we believe in the world will have no choice but to pay attention.”

Patent Pending will be Touring the entire UK with Zebrahead This November and will be announcing regional December tour dates in the US in the coming weeks. See the full list of European dates below!

RIOTS HEART REBELLION is out on Rude Records On November 27th.

Pre-orders are available at the below links: