Collect Records and No Devotion are pleased to present the new Geoff Rickly and Liza de Guia-directed music video for “Addition,” the first single off the band’s forthcoming debut album, Permanence. 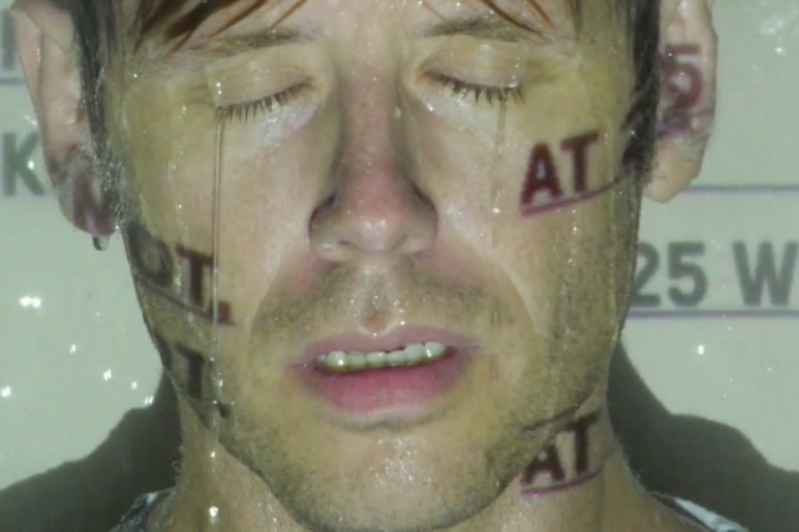 Collect Records and No Devotion are pleased to present the new Geoff Rickly and Liza de Guia-directed music video for “Addition,” the first single off the band’s forthcoming debut album, Permanence. ‘Addition’ is a showcase of No Devotion’s early sessions and instantaneous chemistry. “This was the first song we wrote together,” Rickly said. “This vocal take is actually the one that we recorded in Stu’s bedroom in LA about 25 minutes after they picked me up at the airport. We didn’t have a name or record deal – we hadn’t even decided whether or not we were a band – but the magic just immediately started to click between us.”

When No Devotion’s first single literally dropped out of nowhere exactly one year ago — with a world premiere on the BBC Radio 1 Rock Show that saw Daniel P. Carter playing the track twice in a row — it’s safe to say that most of the world was caught off guard. Geoff Rickly, the Brooklyn-based former Thursday frontman, had been keeping busy in the public eye with his politically satirical punk outfit United Nations without any indication that he’d been working on anything else — much less a new band with the former musical base of Lostprophets, one of the UK’s most successful rock bands of the decade. There was even less indication of a life after Lostprophets: For Stuart Richardson, Richard Jamie Oliver, Mike Lewis, Lee Gaze, and Luke Johnson, stepping out of the public life altogether was a personal necessity. But the arrival of “Stay” proved that this collaboration was as vital as it was embraced, immediately making its way onto the UK Official Charts and setting a stage for the band to round out the year with a second single, two UK tours (including one supporting Rickly’s old friend Gerard Way), a rapturous New York City debut, and the certain promise of a full-length album. That part, it seems, took a little more time than they imagined.

The end result is Permanence — an album as ambitious and expansive as its name suggests.

Mixed by Dave Fridmann (The Flaming Lips, MGMT, Cut Copy, Thursday) and produced by Stuart Richardson and Alex Newport (Bloc Party, Frank Turner, The Mars Volta), this is the sound of a band not only liberated from their pasts, but perhaps liberated by them. Slates finally clean, No Devotion have refined those early flirtations with nostalgic pop-noir to find themselves at the intersection of post-punk heart and contemporary tricknology. It’s an album as aggressively rhythmic as the singles are unrepentantly melodic — a development powered by the band’s recently departed drummer Luke Johnson and founding Bloc Party drummer Matt Tong, who split the drum duties on this record.

Of course, at its heart, No Devotion’s debut album still draws on a subject matter that bleeds with equal measures longing and satisfaction; in the same way that he did in Thursday, Rickly finds his muse somewhere between the anxiety and relief of modern life. But ultimately, Permanence is about the mark that’s left after the bleeding: It’s something new, something unpredictable, something there to remind you.