Here’s our latest round up of some of the records that have been recently announced that we think you’ll love. 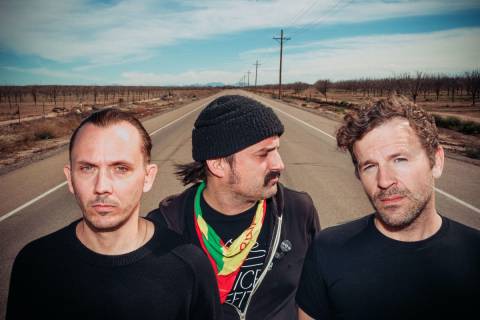 The Lawrence Arms‘ new record Skeleton Coast will be released on July 17 through Epitaph Records.

Vocalist/guitarist Chris McCaughan said of the record: “It was kind of like album camp in the sense that we were in this very remote setting for two weeks and really focusing on making the record. That was a very different experience for us because we’ve always made our records in Chicago which is home and all the things about home are in the way.”

Bassist Brendan Kelly adds:  “For a band who has been around as long as us, this is about as urgent of a record as we could make. It may be kind of dark but it’s really about searching for light in the darkness and finding it, as small as those moments may seem. That’s sort of where we’re at: Collecting the scraps of things that could make for a bearable existence in dark times.” 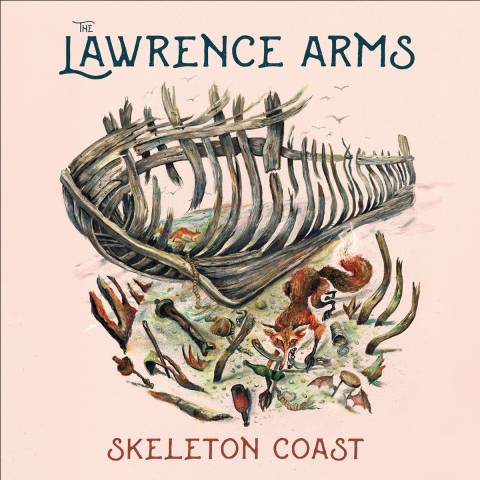 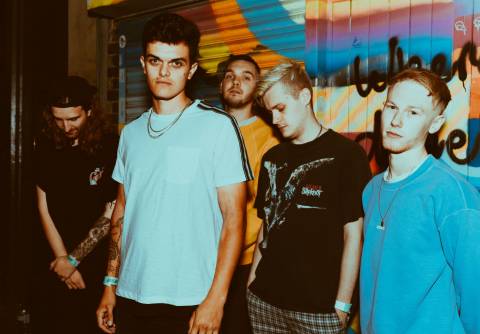 The debut EP from Maggie Cassidy is called Life is Beautiful and will be released on July 31.

Guitarist Jan-Erik Barnegren said: “The world is a crazy, dark, demoralising place at times — just look at what’s happening now with the COVID-19 outbreak — but out of that comes incredible, inspiring things. So I guess it’s about finding the silver linings and seeing the world for what it is. No one’s life is perfect and life is a lot of things but it’s also beautiful, so try and embrace that and make the most of it.” 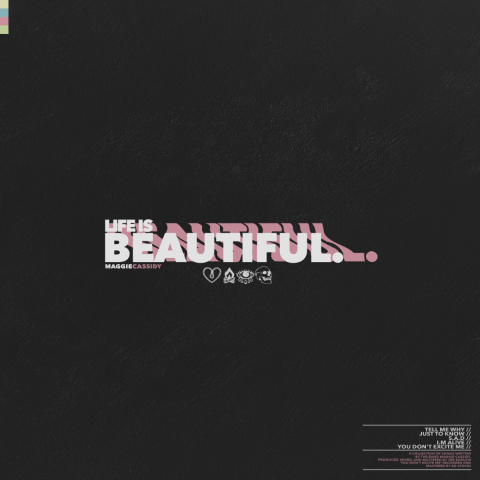 Ingested – Where Only Gods May Tread 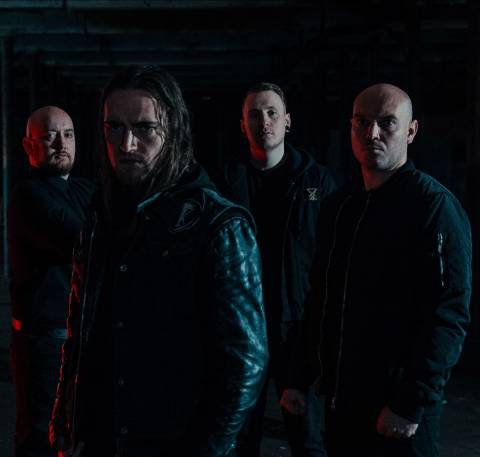 The new record from Ingested is titled Where Only Gods May Tread and will be released on August 14 through Unique Leader.

There are guest appearances on the death metallers’ record from Kirk Windstein (Crowbar, Down), Vincent Bennett (The Acacia Strain) and Matt Honeycutt (Kublai Khan). 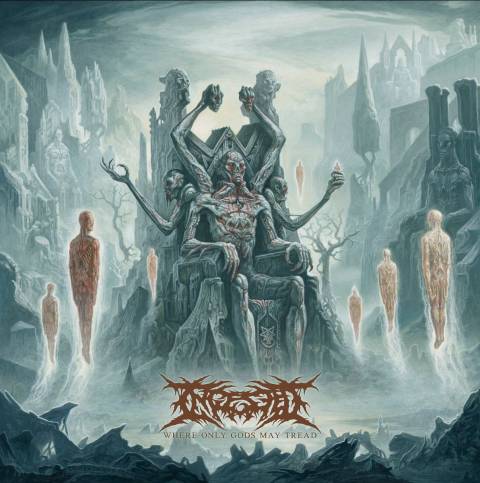 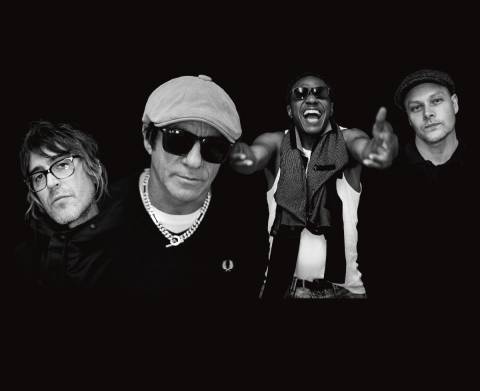 Barry Ashworth said: “I recorded over 3 albums worth of music to get to the finished version of ‘Addict’. Every time I finished a song, I would come up with another idea for a track and an artist I wanted to work with. It’s been incredible to collaborate with all the legends that I have on this record, but it’s also the new emerging talent such as Natty Campbell and Gardna that have really given me new enthusiasm.  The album has taken two years to record but has been 25 years in the making.” 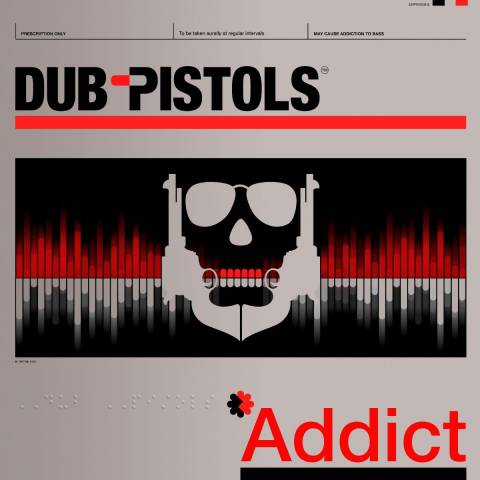 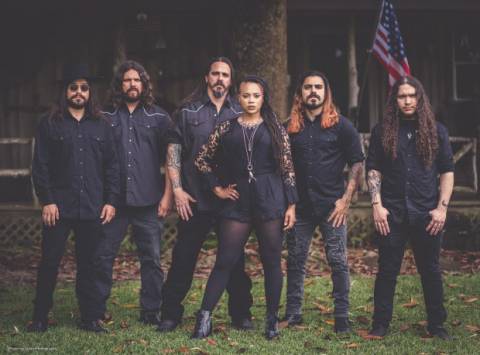 The new Oceans of Slumber record is highly anticipated and will be released as a self-titled record on September 4.

Frontwoman Cammie Gilbert said: “We’d like to thank Giannis Nakos for the beautiful artwork that captures not only our imagination, but the depths and darkness of the story the album holds within. While there’s plenty more to come, we must be patient for the full album that’s set to release September 4th. For now please enjoy A Return to the Earth Below.”

Poisonous Birds – We Can Never Not Be All Of Us 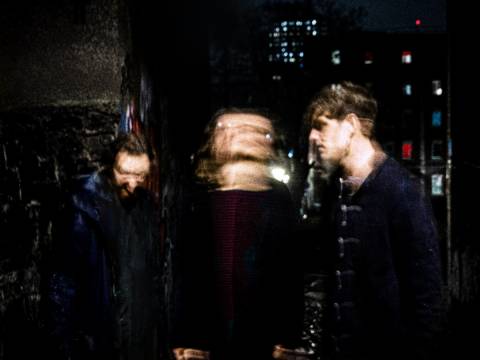 Poisonous Birds will release their new EP We Can Never Not Be All Of Us on August 14.

Tracklisting:
1. We Move, Plastic
2. Mood Stabiliser
3. Warm Jets
4. True Colour
5. I was sat by the window and there was a bright light and I was very sad
6. We Can Never Not Be All Of Us 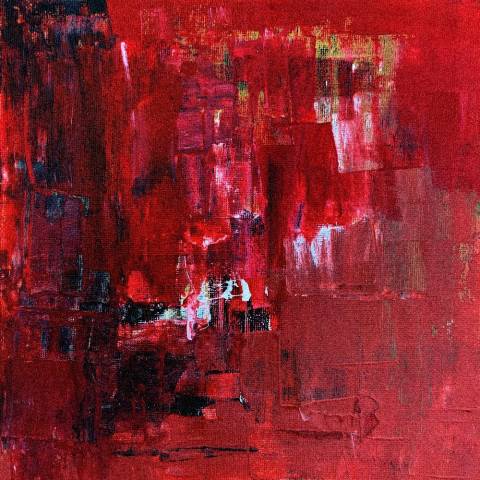 Year of the Knife – Internal Incarceration 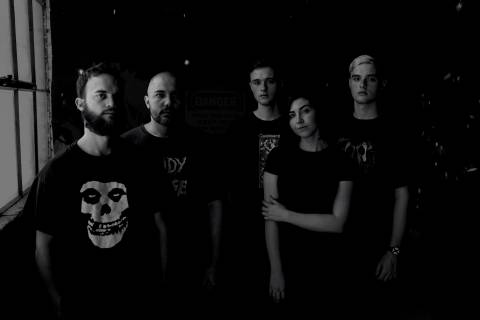 Year of the Knife will release their new album Internal Incarceration on August 7 through Pure Noise Records. 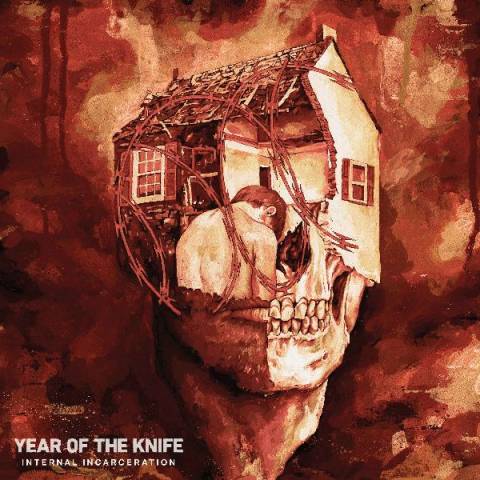 Other Half – Big Twenty 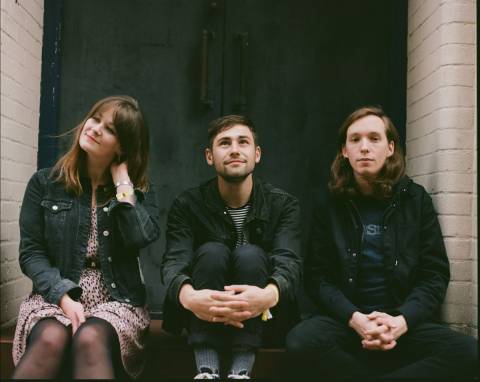 The debut album from Other Half is called Big Twenty and will be available on Venn Records from August 21.

Glass Ocean – The Remnants of Losing Yourself in Someone Else 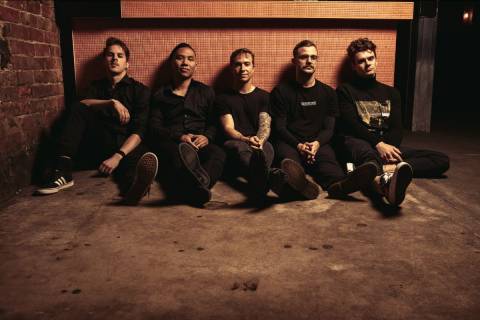 The debut album from Glass Ocean is called The Remnants of Losing Yourself in Someone Else and will be released through Wildthing Records on August 21.

Vocalist Tobias Atkins says of the concept behind the record: “The band set out with a vision to write a specific story. However, it became difficult to force a narrative that wasn’t the truth. Instead, something entirely different emerged. The real beating heart of the album, the idea that the songs were the remnants of losing yourself in someone else”.
“We build structures, only to tear them down. What was once there is gone, and replacing it is the remnants of who you are and who you wanted to be; a never-ending dialogue of forces subordinate to an ever-changing ideal. For better or worse, they exist here by the will of your own creation, through which we journey to find a covenant within ourselves and the world around us”. 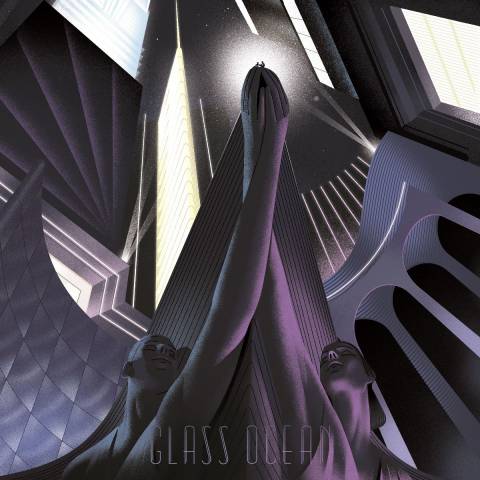 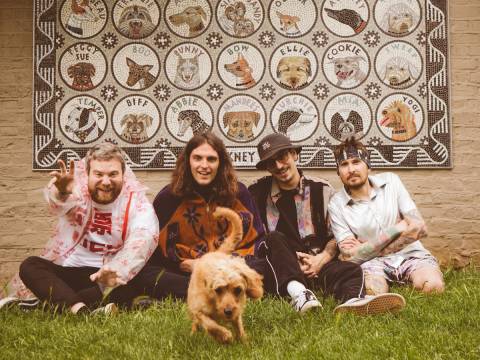 WACO‘s second album Hope Rituals will be released on August 28 through Venn Records. 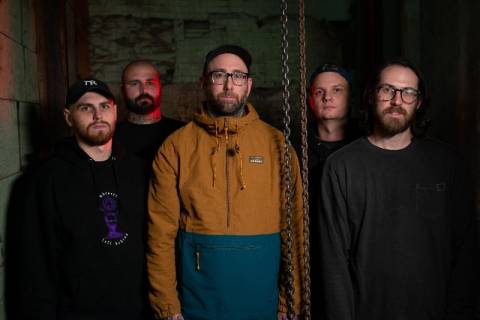 Slow Decay is the new record from New Englanders The Acacia Strain and will be available through Rise Records on July 24.

Frontman Vincent Bennett said: “The whole concept is reality breaking down around us. We’ve done our time on earth, broken through the boundaries of what reality actually is, and we’re now witnessing our collective descent into madness. Lyrically and sonically, everything reflects that. You’re getting the vision piece by piece. The whole theme is a slow dive. By the same token, it organically becomes one record instead of just one big push out of the gate. As soon as you think you’re getting the hang of it, we throw out a wrench with the full-length. There’s no evidence to suggest we’re aren’t actually in a living hell. The things happening around us could be out of a comic book or a movie. The idea is, ‘This can’t be real.’  Maybe something happened. Maybe we’re all dead and we don’t even know it. Maybe we’re just living in some augmented reality hellscape of actual planet earth.” 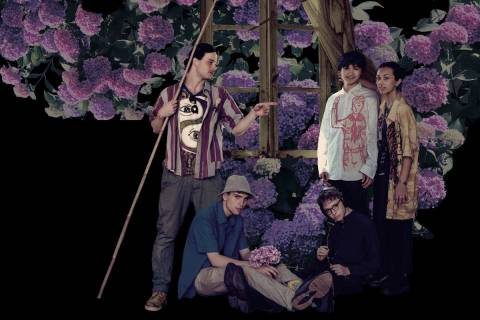 The debut EP from The Long Faces is called Documentaries and will be released on July 24. 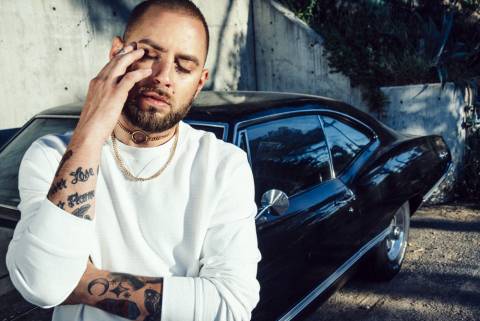 It follows on from his successful solo album of the same title Moonshine, released last year. It features stripped down versions of some of the tracks from the album, a new song and a cover. 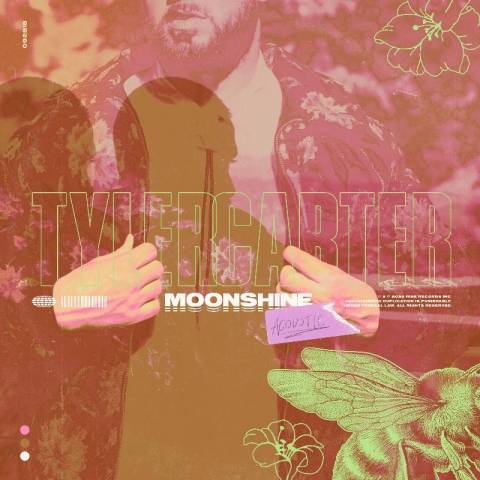 Pave The Jungle – The Hissing 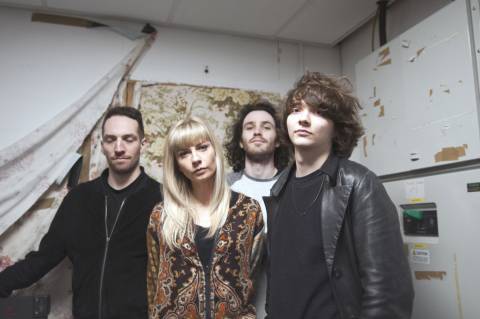 The debut EP from Pave The Jungle is called The Hissing and will be released on October 9 through Cow House. 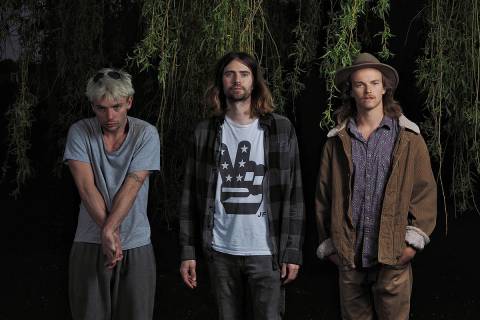 The long-awaited second album from The Vigil is called Hypervigilance and will be released on August 21.

The Bristolians will unleash the first taste of the record on July 3 so for now all we have are tracks from their debut album Save Our Souls to keep us entertained. 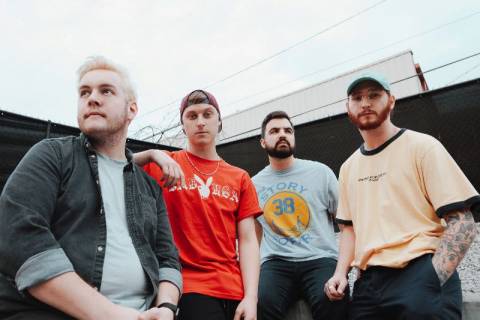 State Champs will release their State Champs Unplugged EP on August 14 through Pure Noise Records. It forms part of their 10 year anniversary celebrations.

Frontman Derek DiScanio said:  “The Unplugged EP is special for us for many reasons, one main reason being the writing process. We feel like we really went back to our roots, you know, just the band, in a room with an acoustic guitar, writing songs and having fun. We tend to execute our best material in an environment that is stress free and organic. Our fans have been asking for new acoustic, stripped down material for quite some time, we’re happy to say it’s here.” 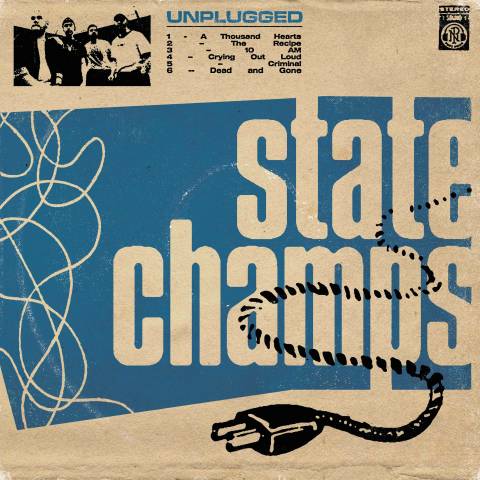