Hopeless Records is thrilled to announce the signing of UK scuzz-poppers Milk Teeth. 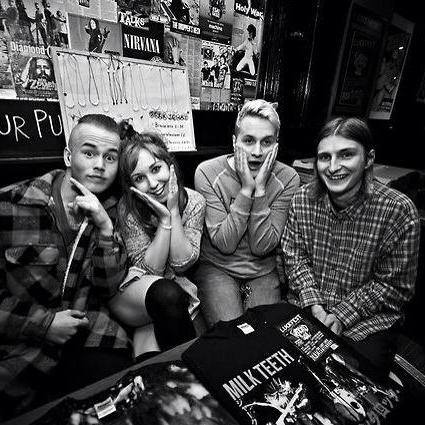 Hopeless Records is thrilled to announce the signing of UK scuzz-poppers Milk Teeth. Their debut EP Sad Sack, which was originally released through Venn Records, is available now for digital purchase on iTunes and can be pre-ordered on vinyl today. The vinyl version of Sad Sack will be released officially on June 10th.

On signing to the label, Milk Teeth said in a joint statement, “We are beyond stoked to be joining the Hopeless Records family. It is a genuine privilege to be apart of their legacy and we are excited to be included in the new generation of Hopeless bands. Stay frosty!”

We here at AltCorner could not be more pleased for one of the best bands in the UK right now, both musically and as people to sign to such an awesome label. The future is certainly their oyster and we can certainly expect a lot from Milk Teeth with Hopeless’ backing.

With songwriting way beyond their young years, Milk Teeth have made their mark as one of the most exciting new acts. The band is currently on tour in the UK and will head to France, Germany, Italy and Austria in May. A full list of upcoming tour dates can be found below.