Electric Century will come to life in a new book – to coincide with the band’s second album. 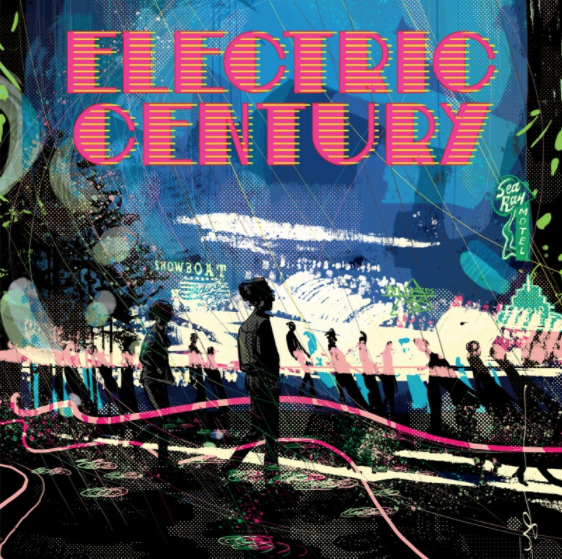 Mikey Way and Shaun Simon have been busy bees. The duo have teamed up with artist Toby Cypress to create a book going through a riveting journey to accompany the forthcoming Electric Century album.

“I’m delighted to announce this book!” says Mikey Way.  “The genesis of the story has been many years in the making, created with some of my closest friends. Getting to bring the two things I am most passionate about together – comics & music – has been exciting, challenging, and unbelievably rewarding. I’ve been waiting to tell this type of story about my home state for a long time. I truly hope everyone enjoys it.”

“After I read Young Animal’s Collapser series last year, I was blown away.” says Z2’s Josh Frankel. “When the opportunity came about to collaborate with Shaun and Mikey on something for Z2, it was a no brainer. Little did I know that it would not only lead to one of our best books so far, but what is sure to be one of the best comics of the year. Period.”

Shaun Simon says, “I couldn’t be happier working with Mikey again and especially at Z2, a publisher with a firm base in the world of music and culture centric books, that values quality over quantity. Toby Cypress has become one of my favourite artists over the past few years. It’s an incredible honour to work with such a talent and watch him bring this world to life with us.”

The book follows a former sitcom-star called Johnny Ashford who gets arrested after drink-driving and crashing into a storefront. His wannabe actress girlfriend bails him out and he starts to see a therapist who sends him to his happy place – 1980’s Atlantic City – allowing him to relive his childhood. His addiction changes from alcohol to hypnotic trips to the boardwalk and the Electric Century casino. He figures out how to stay there permanently, leading his girlfriend to follow a similar journey to reunite with him and then, after finding out the true nature of the boardwalk, to find a way to save themselves and return to the real time.

The book and album will be released in September.