Merch of the Month – Halloween Special

Here at AltCorner Towers, we all like to think of ourselves as fashionistas and its October this month which means one thing…. IT’S HALLOWEEN!!!! Well it’s Halloween everyday for me personally but hey, it’s cool to have a day specifically for it haha!

Here at AltCorner Towers, we all like to think of ourselves as fashionistas and its October this month which means one thing…. IT’S HALLOWEEN!!!! Well it’s Halloween everyday for me personally but hey, it’s cool to have a day specifically for it haha!

Bands like to make some super cool Halloween style merch (I mean why not ey?) and this month, we’ve compiled some of our favourites for you below. And because we’re nice, we’ll even include links so you can buy them if you like them. 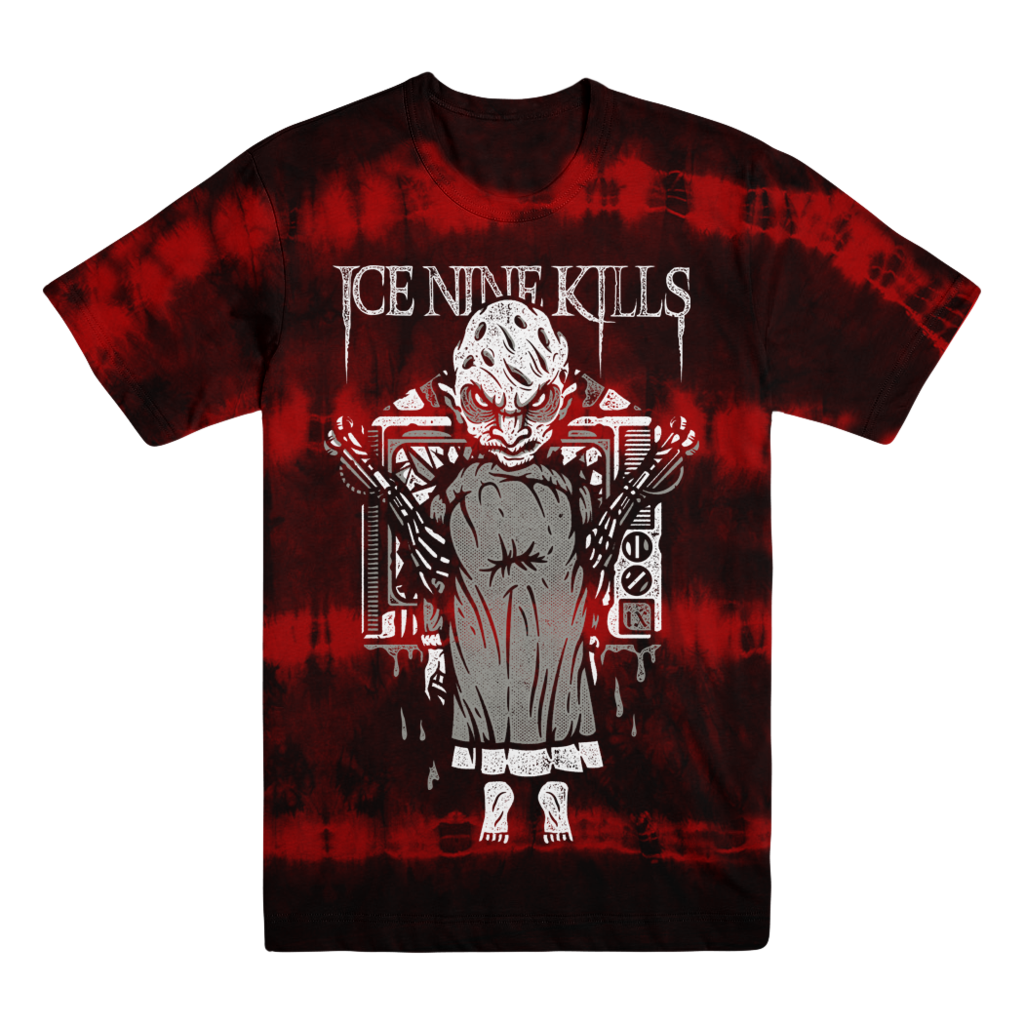 First up in our top 5 (they’re in no particular order because how can we decide which the best out of these beautifully creepy lot is?) is Ice Nine Kills’ offering. Now this is a band who tell stories with their music and their latest record Every Trick In The Book is centred around some of the world’s bestselling books. Their Freddy Krueger t-shirt is super cool and you can get it in black or as a dyed red, which we think is WAY cooler because it looks like blood (hey, gotta get in the spirit of things right?!) 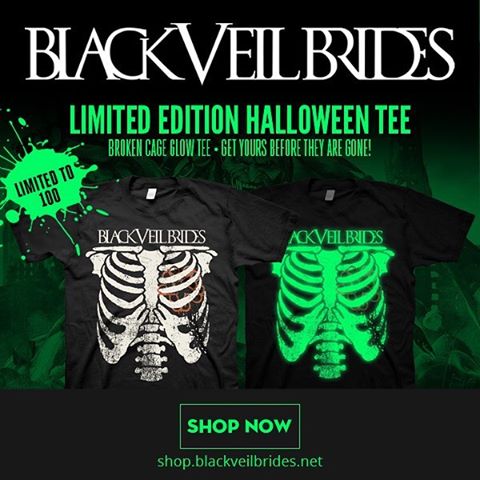 Up next is Black Veil Brides’ ribcage t-shirt. What’s so special about this you may ask? Well, it GLOWS IN THE DARK! Yes, it glows green in the dark! You’ll never want a normal ribcage t-shirt again… However, unfortunately at the time of writing this, it had sold out (sad face emoji!) 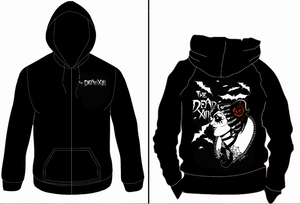 Now, The Dead XIII don’t exactly have Halloween specials so to speak, but their merch has a creepy feel. As its October and getting quite cold, we all need a new hoodie to snuggle into and this one has a wicked design on the back. It’s priced at £29.99 and you can buy it here. They also have a super cool Ouija board t-shirt. Plus the guys are on tour next week so grab a hoodie and go have a ghoulish time, just remember, once you go in ‘you can’t escape the grave’. 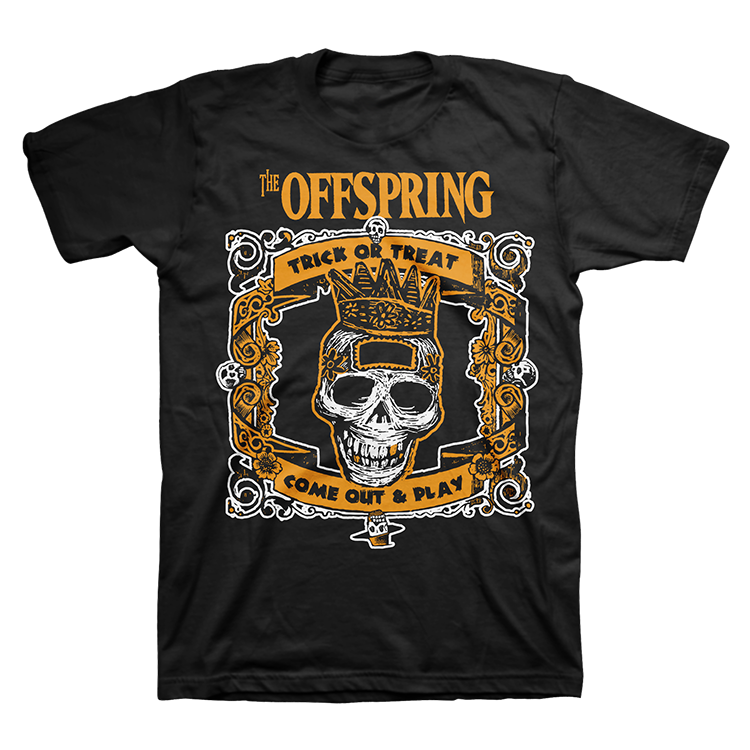 This skull ‘trick or treat’ t-shirt from The Offspring is $25 so more expensive but the skull has a crown! And if you look at the bottom, it has an upside down skull with a cool hat! (The hat defies gravity!) The design is really awesome to look at so the extra is worth it! You can get it here. 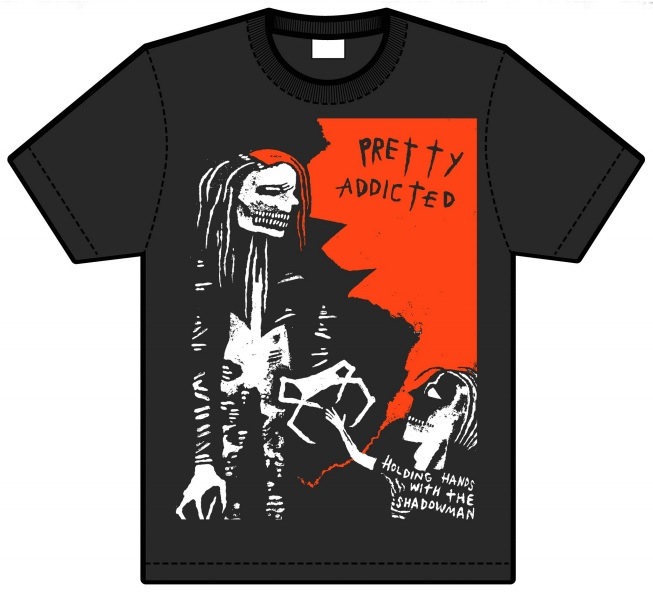