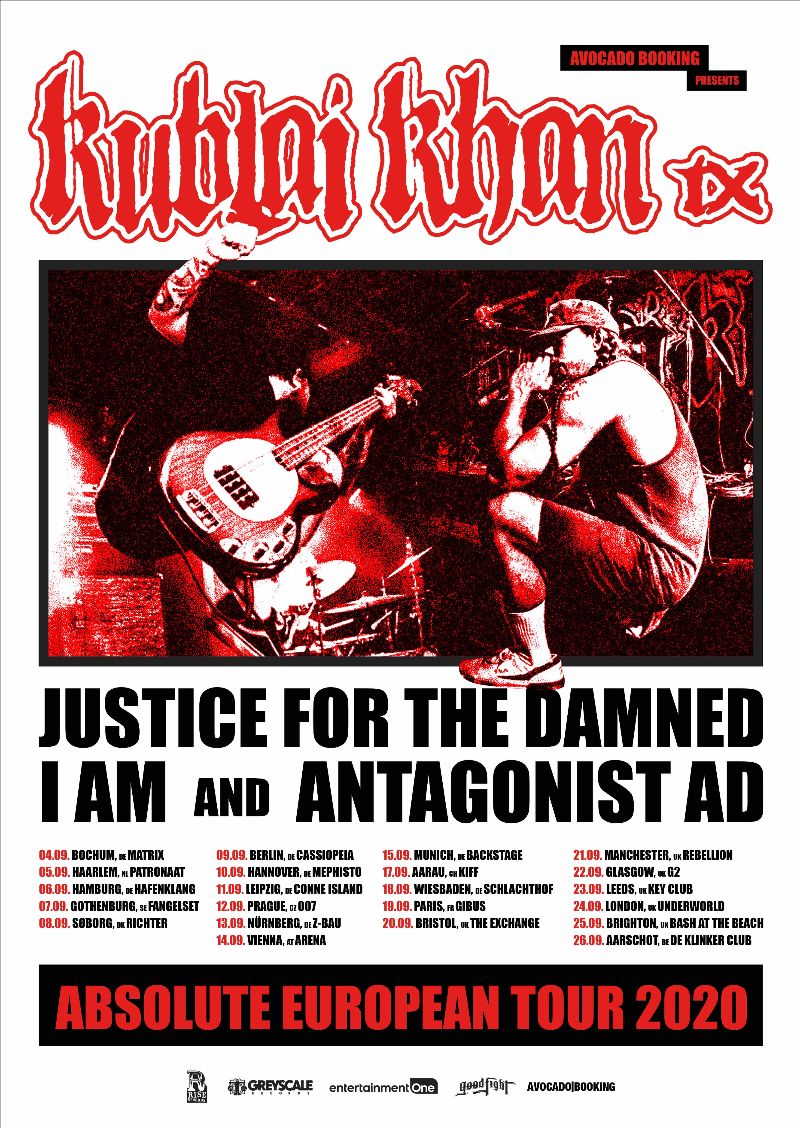 In a time where tours are being cancelled left, right and centre due to the coronavirus, Kublai Khan TX are bucking the trend and have revealed a run of UK shows.

Support for the dates will come from I Am, Justice For The Damned and Antagonist AD.

Matt Honeycutt said: We are extremely excited to announce our first European headliner with support from Justice For The Damned, Antagonist AD and I AM. Having recently been over with Knocked Loose and Lionheart, we hope to see old fans and hopefully many new ones. See y’all on the road.”