A name that was given to vocalist and guitarist Lucinda Livingstone by KG drummer Conor Dawson in a previous band they were both members of, the term ‘Ladyfuzz’ stemmed from Livingstone’s un-healthily nerdy obsession with fuzz pedals and stuck as a nickname for her on-stage persona. 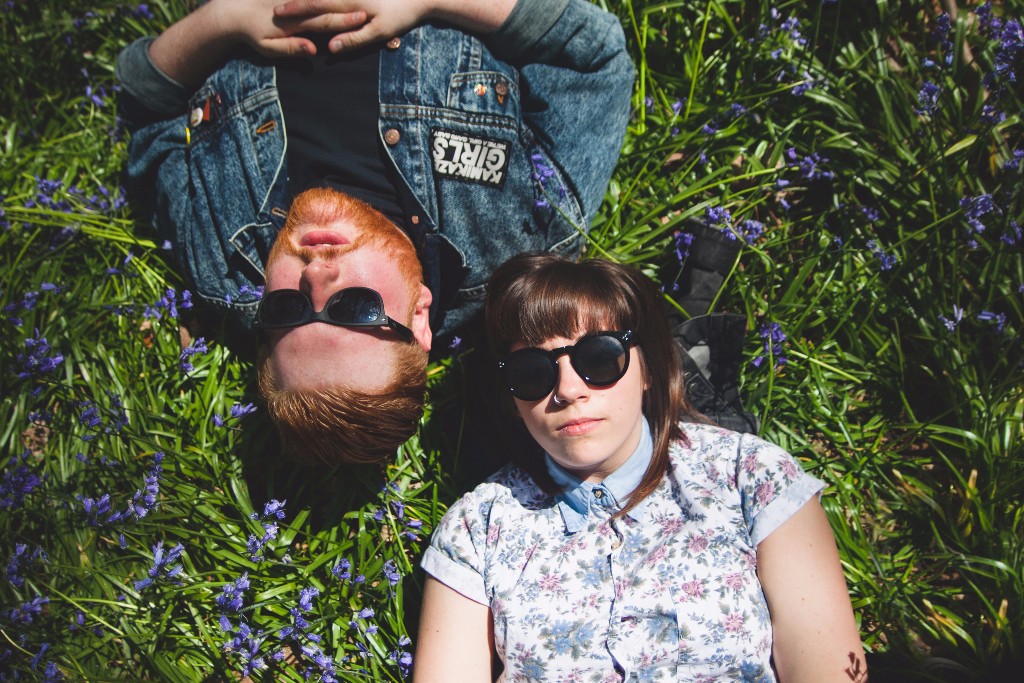 Returning from a short run of EU headline dates, Leeds/London duo Kamikaze Girls have revealed their new video for ‘Ladyfuzz’, the latest track to be taken from their debut EP Sad which is set for release on 2nd September through Bearded Punk Records (UK/EU) and Wiretap Records (US).

A name that was given to vocalist and guitarist Lucinda Livingstone by KG drummer Conor Dawson in a previous band they were both members of, the term ‘Ladyfuzz’ stemmed from Livingstone’s un-healthily nerdy obsession with fuzz pedals and stuck as a nickname for her on-stage persona.

When they eventually became a two piece and penned the song of the same name, Livingstone ended up using ‘Ladyfuzz’ as a metaphor for a period in her life when she suffered from severe mental health issues last year. The song itself is about reliving an overdose, as she explains, “and wishing that I had something else there to pull me out of it, like some sort of greater force, but it just wasn’t there. It’s become a really important song for us live.”

With male suicide recently at the highest rate it’s ever been in 2014, and female suicide rates at the highest they’ve ever been full stop, the band are keen to highlight that they do not wish to glamourise suicide, simply present the realities honestly, and emphasise that there are many great services in the UK available to provide help for anyone struggling, including The Samaritans, the mental health charity Mind and The Crisis Line to name a few.

“In the song I talk about being left outside in the middle of the night” continues Livingstone “I called The Crisis Line that night and they saved my life, it would have been too late otherwise.”

The video was shot in Livingstone’s childhood bedroom and surrounding area up North (Hull), where she grew up before moving to Leeds when she was 16.

“It still looks just like it was when I left it. Loads of old band merch, a LOT of Michael Jackson memorabilia, records and a bunch of stuff that I can’t really have with me at the moment. With Conor knowing the meaning behind the song – and obviously standing by me as a friend when I wasn’t well at the time – we kind of just wanted to tell it how it was. Not the happiest of songs, or videos, but it is what it is.”

“Since then I have used the term ‘Ladyfuzz’ as something positive. I curate a zine with a bunch of contributors from all over the world. We put out issues every few months and celebrate female artists and musicians. I feel good now that something good came out of it.”