Last month, us Brits were treated to Bowling For Soup frontman Jaret Reddick‘s Heartache and Hilarity tour! This was Jaret’s first solo UK tour and gave fans the chance to hear stories behind BFS’ songs and Jaret playing the songs live on his own! Now we know not everyone was able to make the shows […] 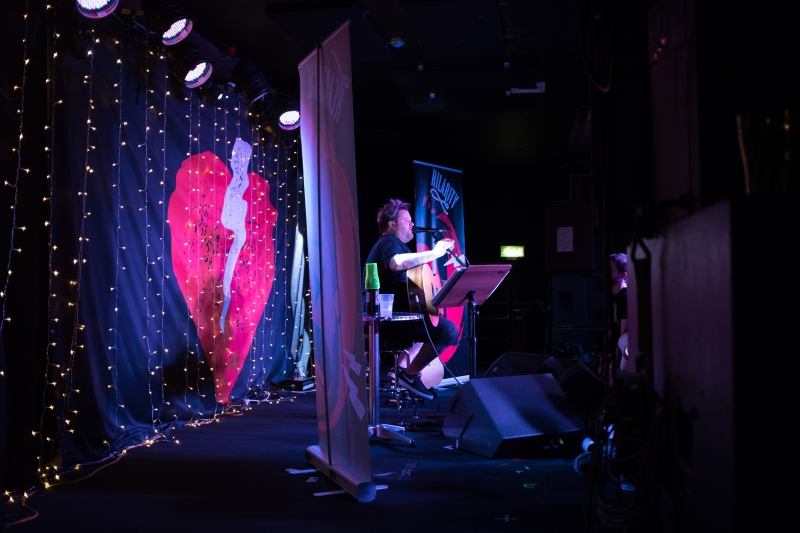 This was Jaret’s first solo UK tour and gave fans the chance to hear stories behind BFS’ songs and Jaret playing the songs live on his own!

Now we know not everyone was able to make the shows and the tour hasn’t gone to all countries in the world, but to make up for it, Jaret is announcing that the Heartache & Hilarity tour will be coming to StageIt’s streaming platform for a series of shows, allowing fans from all over the world to be a part of the fun and for those who were lucky enough to attend to be able to relive it all over again!

The first show is today! And you canc heck details out below;

The shows are being performed twice each to give the best possible chances for fans in the different time zones.

Jaret himself says; “My Heartache and Hilarity tour was a magical experience for me last month. I took a chance and brought something to the UK that I really hoped would connect. And it did. It connected more than I could have imagined.

Many people have asked me about bringing this tour to the USA. Well, I am making that happen ASAP! But in the mean time, if you missed this tour because of geography, work, or just didn’t know what the hell I was on about…Here is your chance to get a taste of what it was/ is all about.

There will be 4 shows total…Two part 1…Two Part 2. The show itself was 90-120 minutes. So I will try and cover the first half on part one. and the second half on part 2! I am forever grateful to those that came to the tour. I hope if you are reading this, you will be able to join me online as I bring it to Stageit!

I love you guys.
JR”

In other news, Bowling For Soup have also announced a UK tour for 2018!

The Get Happy Tour 2018 – Bowling For Soup, The Aquabats!, Army Of Freshmen