Jamie Lenman has revealed a brand new double-A-side single! Long Gone features Employed To Serve‘s Justine Jones while Arcane Roots‘ Andrew Groves features on and produced Irrelevant! Jamie says of Long Gone; “This track is heavier than anything on (recent album) ‘Devolver’ but is still got that big chorus and it was made by the same people so it feels of a […] 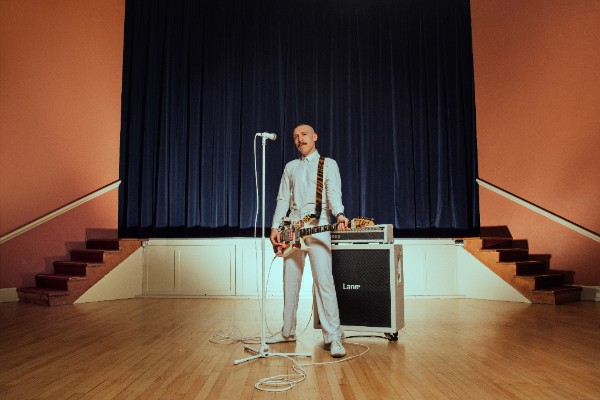 Jamie says of Long Gone; “This track is heavier than anything on (recent album) ‘Devolver’ but is still got that big chorus and it was made by the same people so it feels of a piece. It’s about the dangers of nostalgia and being careful what you wish for, which is a theme that’s present on the record also. Even though it’s quite aggressive it still sounds quite bouncy and summer-y to me, perfect for belting out at the festivals! I met Justine when we had Employed To Serve at Lenmania last year, we did a song together and it was awesome. I thought it’d be great to get her on record and the verses on this track seemed like a perfect fit – she just let it rip with no warm up and blew our faces off! Plus she’s a local girl so she gets all my references. If I drop Woking Peacocks Centre into the convo she knows where I’m at.”

Check out Long Gone below;

He adds of Irrelevant; “This track is a re-working of the last track on my album ‘Devolver’, about trying to get rid of the ego and any haughty ideas you might have about yourself as someone or something important. Really it’s about death and being ready for that, you know – you come from nothing, you go into nothing, and that’s fine. I had an idea that it would make a really nice quiet ballad – but when I demoed it, it sounded so much like Arcane Roots that I thought why not just get Andrew (Groves) to do it. We’d been friends for a long time and we’d just been on tour in Europe together so it made a lot of sense. He brought all his synth toys to bear on it and added those brilliant high vocals, I really love it. It was Andy’s idea to bring in producer Chris Coulter which was fantastic because in addition to being Arcane Roots’ producer and my live guitarist for two years, he’s also a great friend of both of ours, so that was a really fun happy day we spent in the studio, trying bits out and pulling it all together.”