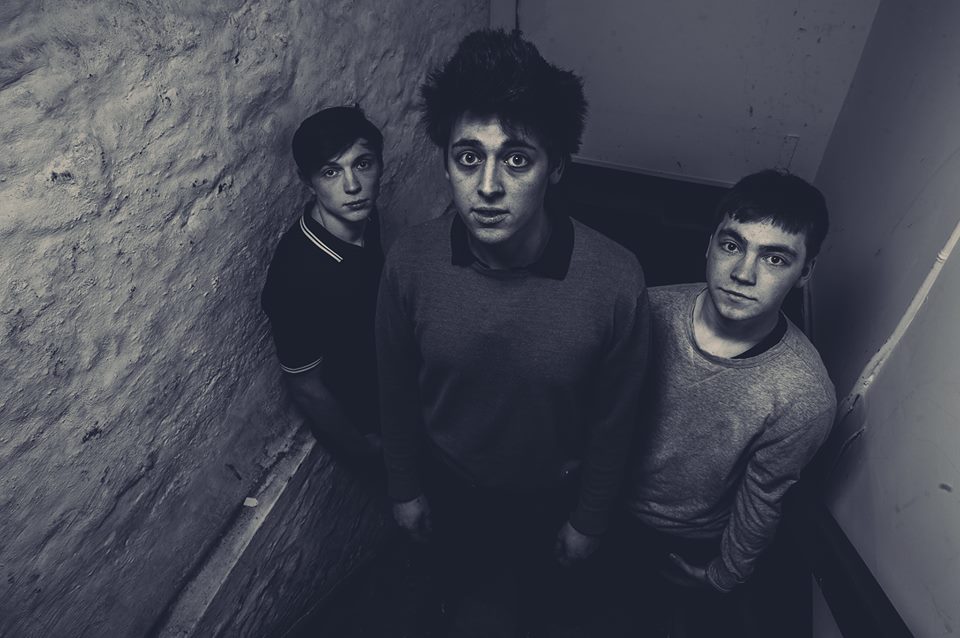 Formed in Bristol in 2013, melodic hardcore/punk band Milo’s Planes began as a duo of Joe Sherrin (guitar, vocals and bass) and Harry Sherrin (drums and backing vocals). After recording their first album they were joined by Charlie Horne (bass and backing vocals) who was a natural fit, sharing a love of Wire, Fugazi, Leatherface, Lync, Rites of Spring, early Modest Mouse and Pavement.

Priding themselves on their DIY approach to their music, the trio record and produce all their tracks themselves on a sixteen track in Harry’s bedroom.
Joe’s guitar playing is influenced heavily by the nineties emo/post hardcore band Lync; he uses a off-beat tunings as a means to create interesting chords.

The band have earned support slots for Eagulls, Skaters, Traams, Electric Eel Shock and their hero Mike Watt, who made a cameo appearance in their music video for ‘Two Feet In a Crowd’.

Their Album, ‘Aural Palate Cleaning Exercises’ came out in March and it has been a labour of love with Joe spending months re-ordering track listings, carefully editing exact track lengths, dropping songs and adding piano interludes/snippets of radio samples to make it flow as one complete piece.

Of the subject matter, Joe says largely focuses on his experiences within soul destroying, bureaucratic admin jobs and the seemingly endless supply of bizarrely ordinary characters that can only be found within these roles. He explains “A large part of the fun I have writing lyrics is studying the mundane to the point where tiny details can be unearthed, exposed as real concerns and then exaggerated upon maniacally as a way for me to express the true feelings of frantic despair I feel sitting at a desk for 8 hours of my day. Being pretentious I would say a running theme of the album is using language as a means to disguise tiny, nit-picky & personal matters as universally angry subjects worth shouting about.”

In between ‘A Letter In Confidence’ and ‘Interlude 2’ is a hidden track; a shortened acoustic version of an earlier track – this was a concious effort to end the album in what Joe describes as a “dissonance of feedback which quickly resolves into something pretty & melancholy, with the album’s final words (“I have good intentions, but I never know why”) a statement intended to summarize the whole album.”

Want To Know More About Milo’s Planes? Check Them Out Here: