Idle Class originates from the one-horse town of Münster, in the middle of nowhere, to prove everybody wrong. With their honest melodic punk-rock mixture they create the missing link between Fat Wreck Evergreens and the new classics by Run for Cover Records. 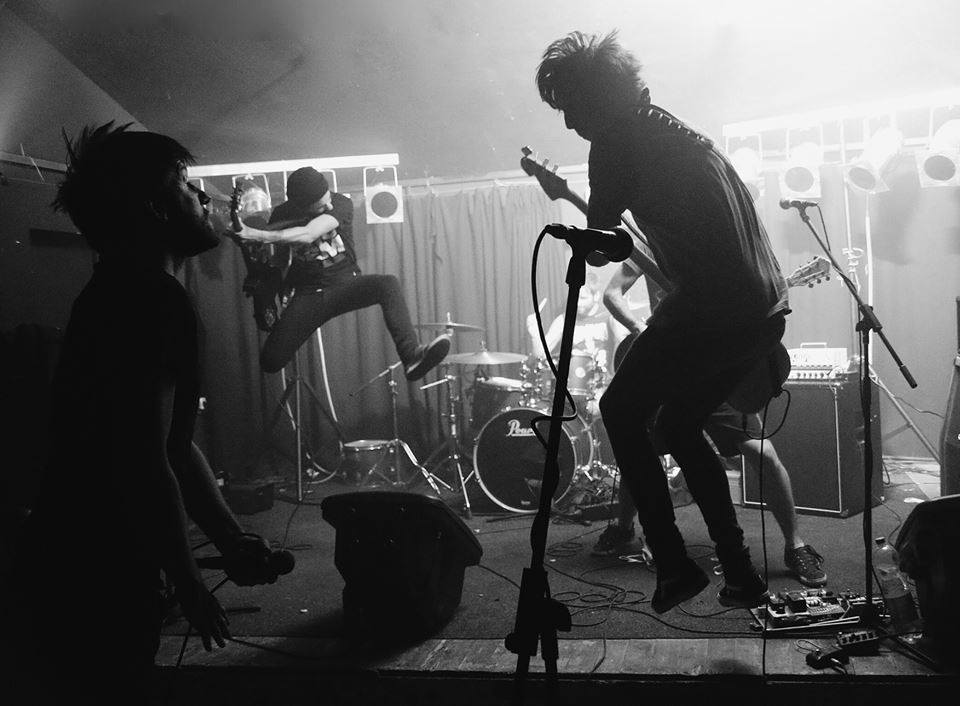 Some may think that Germany’s most ambitious punk bands over the past few years need to be from one of those cultural pulsating hipster metropolis cities such as Berlin, Hamburg or Cologne. But Idle Class originates from the one-horse town of Münster, in the middle of nowhere, to prove everybody wrong. With their honest melodic punk-rock mixture they create the missing link between Fat Wreck Evergreens and the new classics by Run for Cover Records. Their empathetic stories descend from the prime of their lives and testify a mere talent for story telling that won´t leave you untouched. So now, after their internationally released first LP and extensive touring all over Europe, Idle Class are opening the book again with their second album “Of Glass and Paper”.

But first things first – let’s recap. In 2012 – only half a year after the band was founded – Swedish label Blackstar Foundation (Atlas Losing Grip, many more) released their Debut-EP “Stumbling Home“. After a lot of unexpected good reactions, their Debut Album “The Drama´s Done” followed in 2013. This saw Idle Class narrow down their infectious cocktail to a mix of A Wilhelm Scream-like guitar riffs, the Gainesville punk attitude of Hot Water Music and perfectly harmonized vocals. The Result: extensive touring all over Germany, Austria, Switzerland, the Netherlands and France, support shows with no one less like Anti Flag, Taking Back Sunday and the Menzingers, a tonne ofgreat reviews and the hunger for even more.
Idle Class look to continue their success story with “Of Glass and Paper” and this is evident with the opener of the Album “The Drama Continues“ which relates to its predecessor whilst still leaving room for so much more…

With their friend and producer Bastian Hartmann, Idle Class hid in the countryside, close to Nürnberg, at Ghostcity Recording Studio and used the calming surroundings to catpture the rough energy of their live performances. Driven by the warm and pressing live-feeling of the production, the songs benefit from changing vocal arrangements, sophisticated and dynamic guitar melodic punk wall and precise drumming.

On “All Kippers and Curtains” some may find associations to melodic post-hardcore bands such as Polar Bear Club. Idle Class are perfectly drawing from the mood of a whole generation with lines like “Still we’re nothing like roaring tigers / More like anxious little foals / And does this nothingness describe the feeling / Of this generation of galore?“. While deep lyrics nestle within their songs, the band is reading on thin ice with their punk-waltz song “Outatime” but doing so without even blushing. “Worn Out Shoes” kills it after 30-second intro of nothing else but bass and vocals with a driving solo and an even more intoxicating chorus. “The Sound Of Glaciers Calving” even beats the 6 minute mark but is satisfying with self-confident, clean vocals.

Even when Idle Class change their focus to mid-tempo songs, you will find a lot of surprising double time shifts which showcases their ability to write a variety of songs. “Of Glass and Paper” has everything a good punk record needs to get stuck in your mind and have you singing along; and all that by a band from the deepest German backwoods.

Pre-Order ‘Of Glass and Paper’