The fourth annual Heavy Music Awards were held last night via a Twitch stream with live performances and the ever-important awards. Here are all the winners. 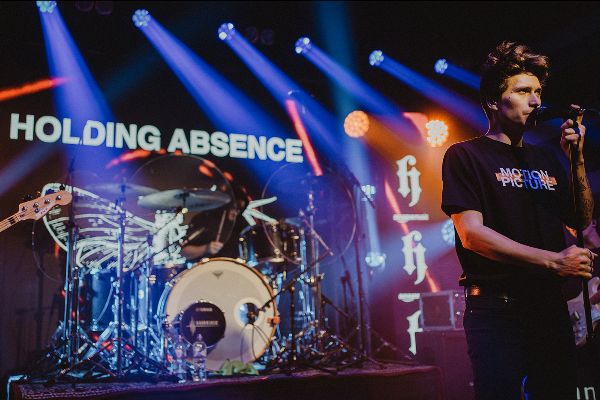 The fourth Heavy Music Awards was a very different affair this year. Rather than the extravaganza we usually have with fans, artists, producers and all the important people in the heavy music industry gathering together to celebrate the winners and listen to some awesome music, it was all done virtually via a Twitch stream.

Hosted by Kerrang! Radio’s Jon Mahon and Sophie K, there were live performances from Holding Absence, Wargasm, The Hunna, Hawxx, Heart Of A Coward and  Coldbones streamed live from the AfterLive studios.

Slipknot were the biggest winners, taking home the Best International Band and Best Album (We Are Not Your Kind) awards.

Shawn ‘Clown’ Crahan said: “It only means what it means when it’s voted by you, the fans, all round the world.”

Bring Me The Horizon made HMA history by retaining the Best UK Band award – winning in 2019 and 2020. Rammstein won Best Live Band and they said: “It’s always special to receive recognition for doing something you believe in, and when that recognition comes straight from the fans, it means a great deal.”

Don Broco were the inaugural winners of the Best Video category, picking up the award for the video for Action. Frontman Rob Damiani praised director Benjamin Roberds and producer Katie Gregg, saying: “We’ve made six videos in total with them, and by far it’s been the best experience we’ve ever had making music videos.”

Baroness won Best Album Artwork for their Gold and Grey record – designed by frontman John Dyer Baizley. He said:  “This means the world to us. It’s been an incredibly strange year, and we cannot wait to get back out on tour!”

Polaris‘ Jamie Hails and Rick Schneider said: “This snuck up on us with everything that’s been going on, but it’s reminded us of all the fans we have out there and it really does mean a lot.”

Nova Twins’ Amy Love said: “it’s so incredible for us, especially as women of colour, winning these rock awards, because you don’t see it that often. Let’s keep pushing forward, keep diversifying the space – there’s room for everybody.”

Georgia South added: “It feels like a win for the whole community of POC alternative fans, the LGBT community, any minority group that feels that the doors were not open for them – this is another door open for us all.”

Catherine Marks made history by being the first female to pick up the Best Producer award. She said: “This is such a shock, this is huge – thank you so much, this is such an honour. You don’t know how much this means to me. Thank you!”

Esther Segarra also made history being the first woman to pick up the Best Photographer award. She said: “It means a lot to have got this award this year. Let’s stand united, because united we never shall fall.”

Download Festival picked up the Best Festival gong for the second time – the first being in 2017 at the first ever HMA’s. Director Andy Copping said: “It really means a lot to us. A very bizarre year this year, of course, with no festival taking place, but fingers crossed we’re going to be back next year, bigger and stronger than we’ve always been.”

The final award of the night was The H – a special award to recognise the hard work and exceptional positive contribution to the industry and this was given to Dom Frazer and Space – the husband and wife team behind The Boileroom in Guildford for all their work in creating a fantastic live venue and creative space to empower local and national talent.

Dom Frazer said: “We’d like to accept this award on behalf of all of the crews, and all the people who work tirelessly to make our cultural landscape so amazing. Keep doing what you’re doing and together we’ll get through this. This means so much. Thank you.”