Grassfight have released their latest single ‘Breaking Up Pigeons’ that is taken from their upcoming EP ‘Please Don’t Tell’. 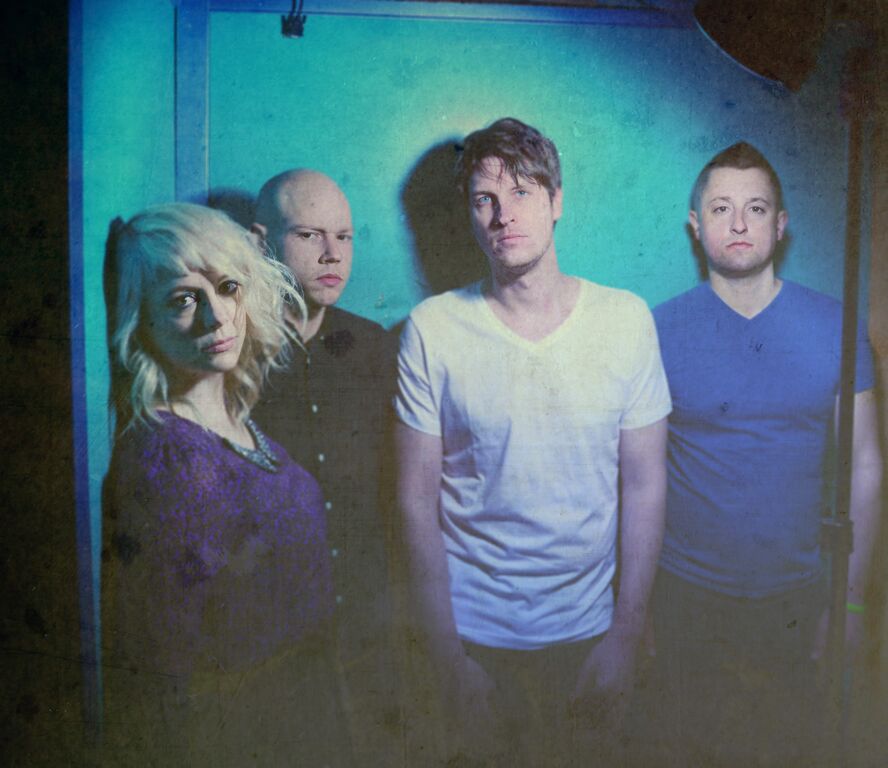 Grassfight have released their latest single ‘Breaking Up Pigeons’ that is taken from their upcoming EP ‘Please Don’t Tell’.

Sitting on their amps in a Christmas-lit storage unit in Denton back in 2010, Nathan Forster, Tamsi New, and Mark Demiglio felt eerily rooted in their slow-paced Texas environment and decided to move to New York City for a new start.

When they started the band, Nathan had never sung in front of anyone, Tamsi couldn’t play bass and they both shared an irrational fear of people finding out they were a couple in a band. Undaunted, and heavily influenced by Radiohead, Spoon, BRMC, and LCD Soundsystem, they created a few fuzzy demos, found a drummer, and managed to put on their first ever show.

Mark joined Grassfight in 2010 and after some stormy studio walk outs involving broken bottles, smashed up amps and a few revolving fourth members, the trio swore off adding anyone else to the mix.

However, after making a splash in the blogosphere with their first two EPs’, Nathan sent a long-time friend and musician some of the new tracks to get an opinion. Andrew Kerr responded to the new songs by booking a one way ticket to New York to join the band, where they set about creating their very own brooding, powerful brand of post-punk magic.

In February of 2014, Grassfight played their first show in a year and a half as a four-piece and began work on the beautifully gloomy, “Please Don’t Tell” – with all five of the songs written on the streets of New York, right before Tamsi and Nathan broke up .

The band say: “Please Don’t Tell’ is the name of a speak-easy style bar in East Village. To get in, you walk into a hot dog shop and enter a phone booth. When you pick up the phone somebody answers and you say the name of your reservation. Then the side wall of the phone booth slides back and you walk into this “secret” small bar that’s decorated like it’s the 1920’s. There are taxidermy animals with hats and jewellery on, they play a lot of Fleetwood Mac, and the cocktails are awesome, with a Mezcal theme.”