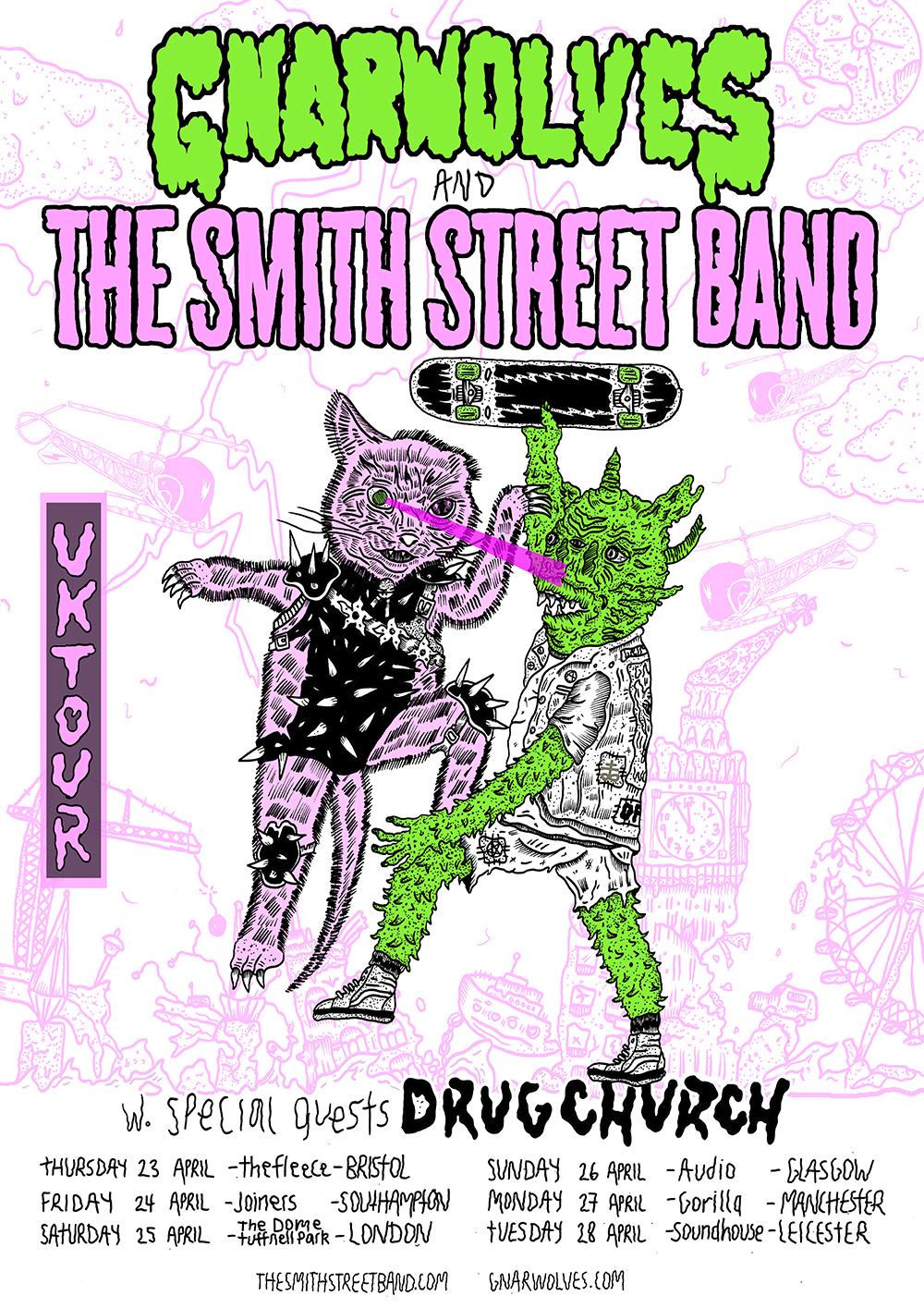 After a huge 2014 for the band, Cornish-born, Brighton-bred punks Gnarwolves today announce plans for their biggest shows ever. The trio will head out on a co-headline jaunt with Australian kindred spirits The Smith Street Band this April, laying waste to venues up and down the UK.

Gnarwolves have already started the year how they left off last, by tearing through live sets anywhere they can, along with a short tour this February with Boxkite, the band played an impromptu set on a barge floating past Camden Lock – oh, you don’t believe me? Check this:

All tickets on sale NOW
Drug Church supporting on all dates.