GLUM are currently working on their upcoming EP ‘Anhedonia’ however, they need help with releasing it…. 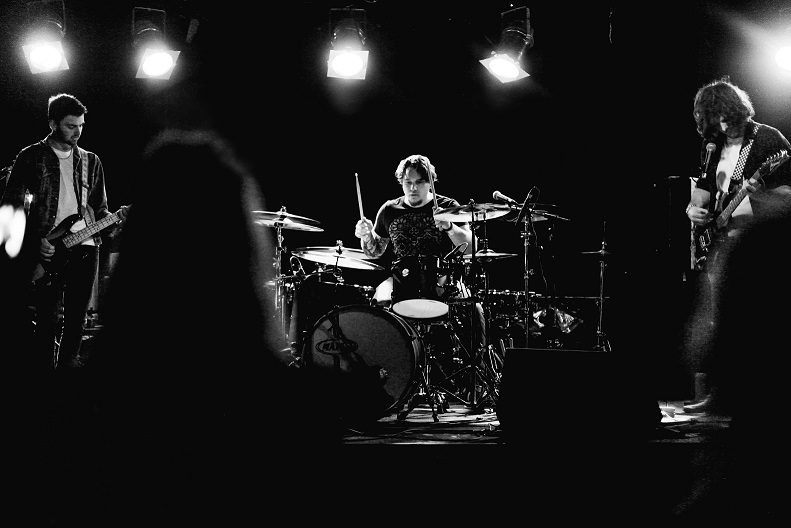 GLUM are a grunge band from Winchester. Formed from the embers of dissatisfaction within their local music scene and frustration at so many undeserving ‘artists’ rising to undeserved fame, GLUM was born. The band are made up of Lead Singer and Guitarist Rory Nash, Drummer Jack Douglas and Bassist Callum Waldron. The three piece are brimming full of potential and work upon the ethos of the desire for change within the music industry.

GLUM are currently working on their upcoming EP ‘Anhedonia’ however, they need help with releasing it. Here is a message from Lead Singer, Rory detailing their problems they face:

Problem One: “This is hard for us. We hate the state of rock music. We think it should challenge culture and make us think. The world has become mainstream media, you can’t hide from it, you can’t get away from it, we are part of it, and we hate it. Everyone of our songs is a direct challenge to the mainstream or as a result of it. We’re tired of being in the underground and no-one coming forward to take the mainstream on. We’re prepared to do that as we have nothing to lose. That then makes us a mainstream band. Problem Two: Fame has become ugly, we follow talentless people that sell every ounce of their integrity for popularity. We don’t want to be famous or popular, we want to challenge that. That makes you famous and popular. Problem Three: We’re not fans of money. But we do need it to make our record and put it into production. Everything costs. We hate asking for money but we have to ask our fans to pledge on Kickstarter so we can do just that. We can’t do it without that. Problem Four: We’re conflicted, we’re confused, we’re angry and we miss real music. We can’t find any music to relate to and no role model for guidance. We’re not necessarily the best musicians, but our music is real, you can challenge it if you want, you can dislike it, it doesn’t change what the songs are to us. We’ve tried to make our Kickstarter project more of a pre-sale, we hope to offer something real and if you like it, you can pay to make it happen and you get what you would from a shop. We don’t want you to give us loads of money, we just need a small amount of you to spend either £5, that gets you a download of the EP, or £10 which gets you a CD and Download.

Listen to ‘Asylum’ A Demo For The Upcoming EP

To Support GLUM You Can Pledge For Their Kickstarter Here:
https://www.kickstarter.com/projects/glumband/glum-anhedonia-ep

Keep Up To Date With GLUM Here: