Slated for a June 15th release through Transgressive Records, North London’s Gengahr will release their debut album A Dream Outside with new single ‘Heroine’ available to stream now. They have also announced a series of UK dates in October. 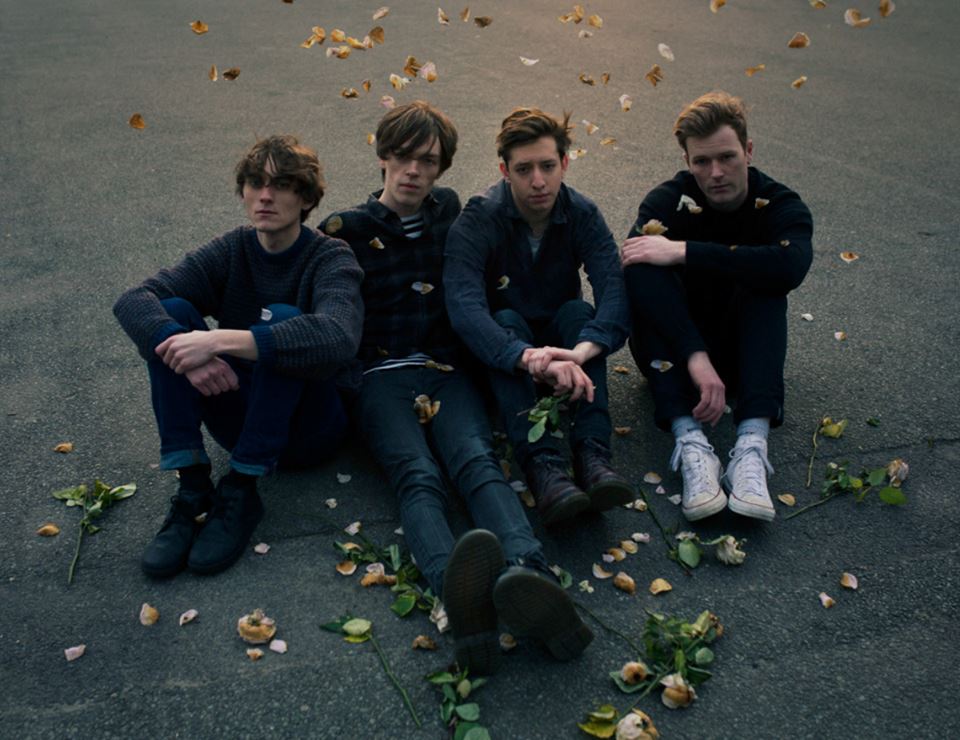 Slated for a June 15th release through Transgressive Records, North London’s Gengahr will release their debut album A Dream Outside with new single ‘Heroine’ – their most immediate track to date and another glimpse at what their much anticipated record is set to offer.

You can listen to ‘Heroine’ Here:

Following a series of shows supporting The Maccabees in May and a number of festival shows over the summer, the band have also announced an October UK tour.

Picking up where 2014 left off, Gengahr marked out their intentions for 2015 with an opening slot on Alt-J’s European tour and the release of the gloriously spellbinding ‘She’s A Witch’, which received acclaim from the likes of The Sunday Times, Independent, DIY and NME whilst being added to playlists on 6Music (C-list), Radio 1 (INMWT), Amazing Radio (A-list) and XFM (evening list).

Now on the dawn of their debut album – recorded and co-produced with James Bragg at Middle Farm Studios – the band are set to follow ‘She’s A Witch’ with new single ‘Heroine’; saccharine pop hooks that knit together the band’s woozier tendencies, marking the track out as one of the tauter moments on A Dream Outside. Led by its bounding bassline, it’s an earworm from the off, and as it descends into the murkier depths of guitarist John Victor’s solo thrashing, things take a turn for the gigantic.

2014 was a breakthrough year for the four-piece, as they established themselves as one of the most exciting groups around. Debut single ‘Powder’ earned support from Huw Stephens, NME, The Guardian and Blogotheque, whilst being playlisted at BBC 6Music and XFM, as well as hitting the blog-aggregating Hype Machine charts. The band also took on festival stages across the globe, with Glastonbury, Latitude and MIDI among those subject to their smoky and catchy performances. Subsequent tours with fellow underground heroes Wolf Alice and Superfood slotted perfectly alongside the larger stages they shared with Jungle, Dry the River and Maccabees – the latter asking the band to join them on their upcoming UK tour. 2015 looks set to be even more fruitful.

While they bashfully describe their successes to dates as “happy accidents”, there’s clearly something greater at work behind Gengahr’s rise. A timelessness that has captured the hearts of all they’ve come into contact with, last year’s signing to independent super-label Transgressive and the upcoming release of their debut album A Dream Outside are just the start. Comparisons to Radiohead are anything but reductive; there is sure to be a similarly twisting and enormous path ahead of this hypnotic North London quartet.

Following a string of dates supporting The Maccabees in May, the London band will appear at a number of summer festival before lining up 13 headline dates of their own this October. Set to kick off at Brighton Komedia (6th Oct) and finish up at Sheffield Harley (21st), the tour will take in a huge hometown show at London Scala – which will be their biggest headline gig to date. See full tour dates listed below.

A Dream Outside will be released on June 15th on Transgressive Records.