Galactic Empire will be bringing their Star Wars themed metal back to the UK and Europe later this year. 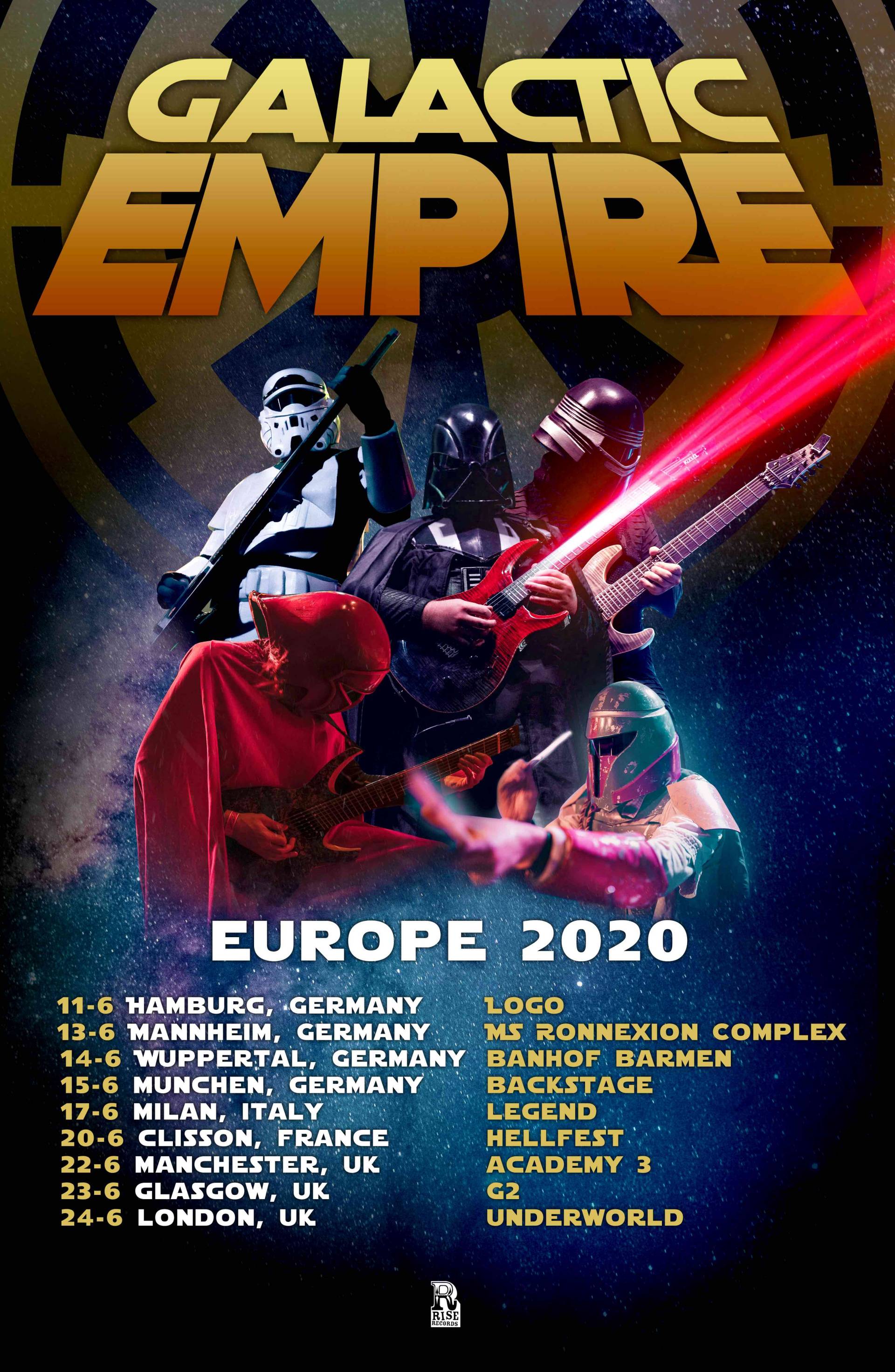 “The Emperor is pleased to announce that Earth’s “Europe” will soon be obliterated by the mighty Galactic Empire in “June”. The inhabitants of your puny country shall quiver in fear before the pure sonic devastation that is to come. Prepare accordingly, the Emperor is not as forgiving as I am.

Additionally, the Emperor has something special planned. Our axis of evil is now complete as we have joined forces with the UK system’s BOOGIE STORM for select battles. There will be no one to stop us this time.” says Galactic Empire.