frnkiero andthe cellabration, complete with frontman Frank Iero, the former guitarist for My Chemical Romance is set to release a split 7inch with Lonely The Brave for Reading & Leeds Festival. 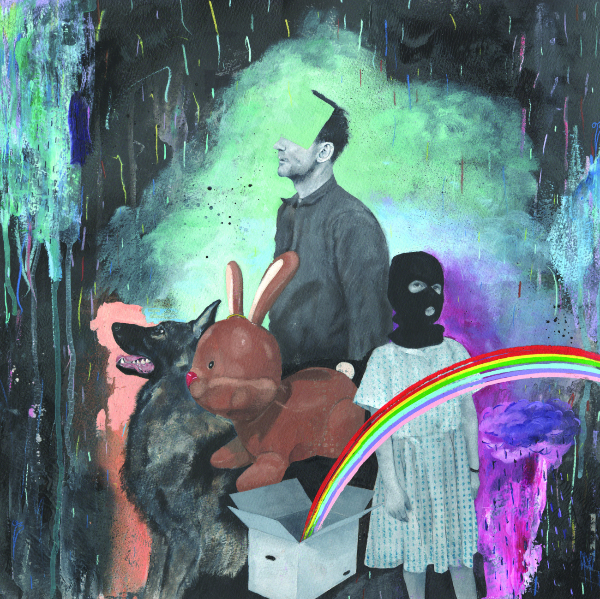 frnkiero andthe cellabration, complete with frontman Frank Iero, the former guitarist for My Chemical Romance is set to release a split 7inch with Lonely The Brave for Reading & Leeds Festival. The vinyl will be strictly limited to 500 copies and will only be available on this format via Hassle Records.
“Split 7’s have been around for an age and represent a cool way of bands co-operating and respecting each other’s music. So in the grandest tradition of this, we ( Hassle ) are doing one to celebrate that two of our biggest acts are playing at the festival this year. Namely ‘Lonely The Brave’ and ‘frnkiero andthe cellabration’. See you at the front!” says label owner Wez.

SIDE A from ‘frnkiero andthe cellabration’ will be ‘.weighted.’ from debut album ‘Stomachaches’ and a brand new unheard and exclusive track. SIDE B from ‘Lonely The Brave’ will be ‘Control’ taken from their new album and also exclusive track, ‘Cedar Lane’ originally by First Aid Kit. The sleeve for the release is a truly spectacular piece of art by Dan Carter from the Radio 1 Rock show.

“I’m real excited to do this Hassle split release with Lonely the Brave.” says Frank Iero. “I think it’s a great opportunity to be able to work together, commemorate both bands playing Reading and Leeds this year, and at the same time be able to release a b-side to the fans. I’m also a huge fan of Dan Carter’s art so I’m really looking forward to holding a final copy in my hands. “

“Life is really weird sometimes. When you’re growing up and first going to festivals, you have this image of how cool it would be to be up on those stages. This being the third year in a row playing the festival, the feeling has only grown more intense.” says Lonely The Brave.
“There is a definite parallel to this with our upcoming split release with Frank. Here is a guy that we have all seen conquer the globe with his music over the last few years. That we are lucky enough to be able to share this split with him is a big deal for us & something we consider an honour. Cheers Frank :)”

SIDE A frnkiero andthe cellabration
1. .weighted.
2.give me liberty, but give me depth.

SIDE B Lonely The Brave
1. Control
2. Cedar Lane