After their recent resurgence at the likes of Takedown Festival and hometown shows in Essex, Forever Never are hitting the gigging circuit yet again! 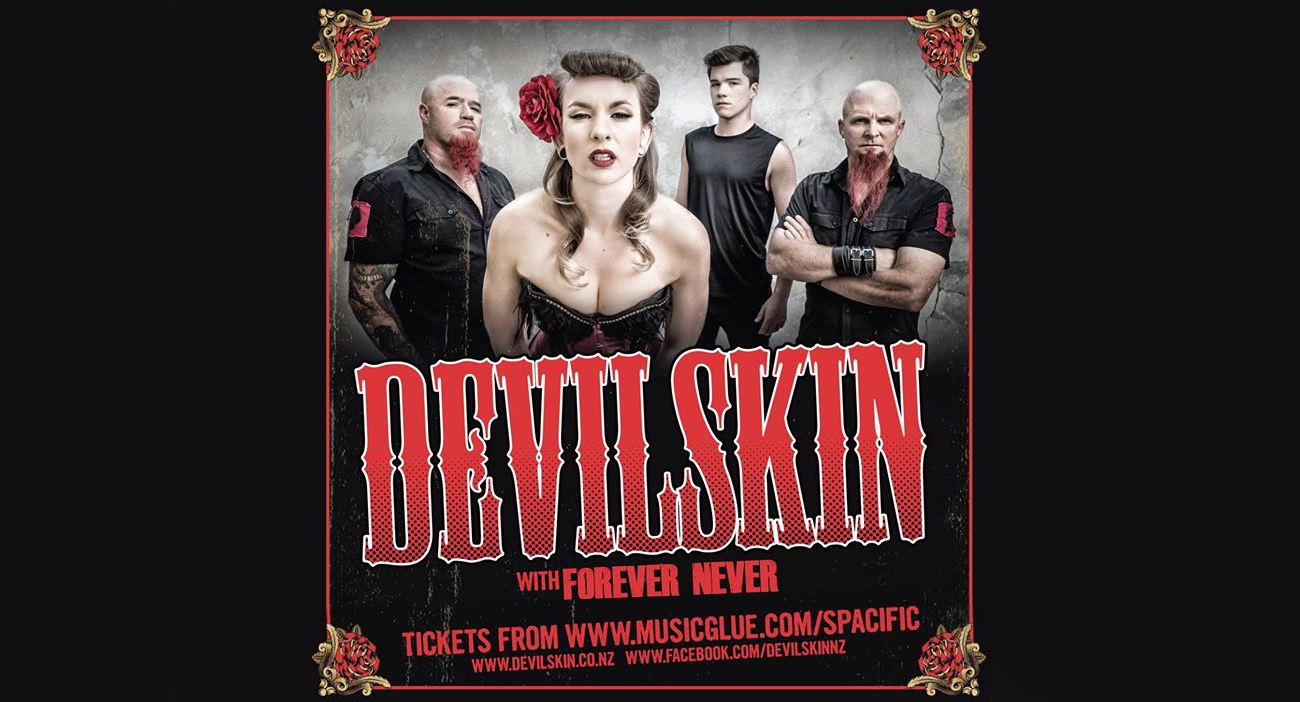 After their recent resurgence at the likes of Takedown Festival and hometown shows in Essex, Forever Never are hitting the gigging circuit yet again, and this time, they are supporting the likes of New Zealand’s DEVILSKIN in London, and FEARLESS VAMPIRE KILLERS in Manchester and Birmingham.

“Essex rockers Forever Never have swagger about them, they mix power pop and heavy riffage. More recently known for their cover of Shaggy’s ‘Mr Boombastic’, the song they returned with after a 2-year hiatus. Tonight they give us an idea of what’s to come, with a mighty return to the festival scene, ones to watch this year.” – Do More Mag

“After splitting in 2012, Forever Never graced the Southampton Music Stage to play their second show since their return. I couldn’t miss the chance to catch their set, and see my friends in action. Full of groove metal with a hint of R&B, Renny Carroll is a superb vocalist and his interaction with the crowd boosted the audience’s opinion of the set. It’s good to see the boys back. (9/10)”– Toxic Online