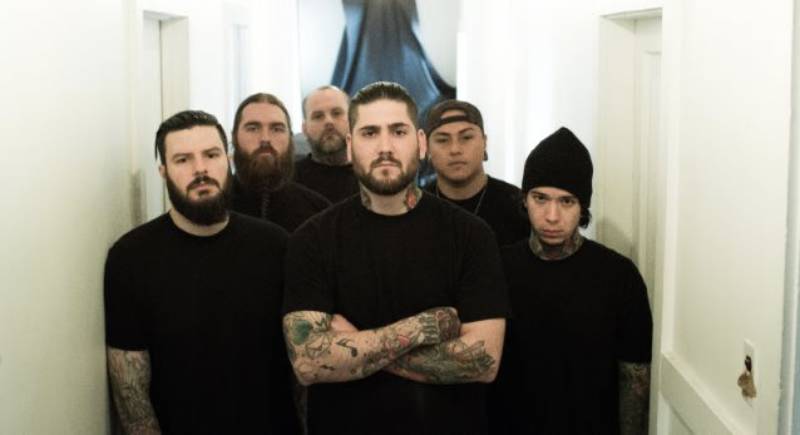 New Jersey’s Fit For An Autopsy have debuted their brand new music video “Absolute Hope Absolute Hell”. The song is the title track from their forthcoming new LP set for release on 2nd October via eOne / Good Fight Music.

The highly anticipated new LP is produced by the band’s guitarist Will Putney, who’s responsible for the crushing production behind Thy Art Is Murder, The Acacia Strain, Northlane and more.

On the new video, Will comments “Being able to bring a visual representation of our art to the fans is a big deal to us.” Directed by Max Moore, this is the first music video the band has ever done. Putney continues, “Working with Max Moore allowed us to do that easily. We couldn’t be happier with the outcome and are really excited to finally release Fit For An Autopsy’s first ever music video.”

Absolute Hope Absolute Hell follows the band’s 2013 LP Hellbound, which garnered its own heap of high praise. Metal Injection touted it as being “dump-truck-status heavy that’ll be sure to destroy your soul,” while Metalsucks plainly states it was “all-caps FUCKING AWESOME.”

Putney summed up the new album best, saying, “It’s our new and fresh approach to aggressive music, not a half-hour of blast beats and breakdowns.”

While some heavy music fans love cliche, there has to be something more to add depth, breadth, scope, and staying power, and Fit For An Autopsy used that as a guiding principle for Absolute Hope, Absolute Hell. During the writing process, the band expanded their musical horizons and had the confidence to know that they possessed the skills to do something both different and inspired. That may sound very conceptual and esoteric, but once you turn the knobs as far to the right as they will go for Absolute Hope, Absolute Hell, which was self-produced at The Machine Shop, it will all become clearer.fo