SWANS release a remastered vinyl edition of their debut EP on 11 May 2015. 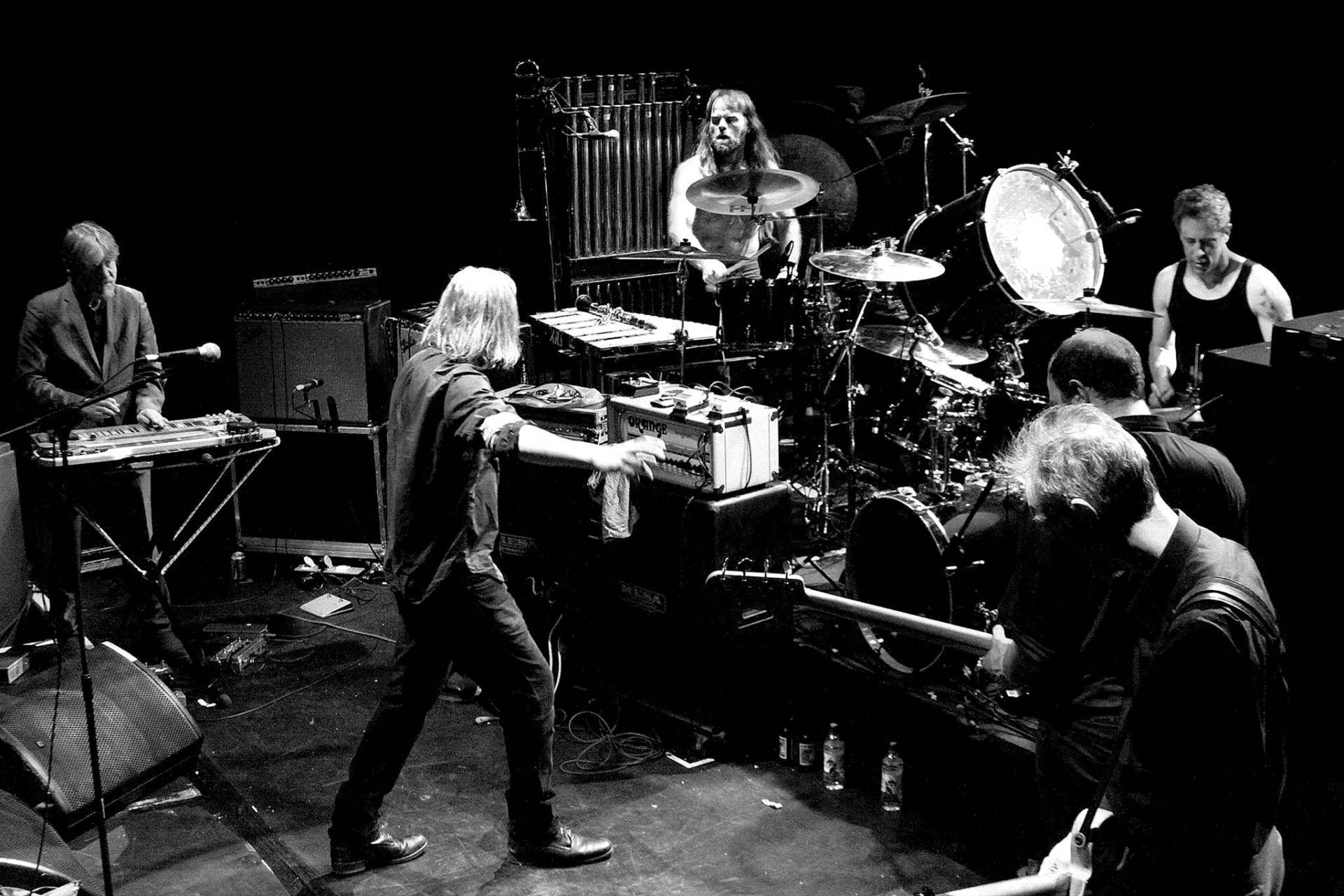 SWANS release a remastered vinyl edition of their debut EP on 11 May 2015. The EP, originally released in 1982 on Labor Records, also features in the definitive deluxe CD edition of Filth, alongside remastered versions of Filth & Body To Body plus live recordings – out now.

Currently on tour in Europe, Swans return to the UK on 20 May for a series of dates that include London on 21 May – their biggest headline show to date – at London’s historic Roundhouse with support from Jas Shaw (Simian Mobile Disco) and Okkyung Lee. The tour continues through Europe into July, and includes Primavera Sound on 30 May and ATP Iceland on 4 July.

Swans “A Little God in My Hands” (Live):

In addition, Michael Gira will be at Rough Trade West for a signing in the shop at 5.30pm on Monday 18 May prior to the start of the UK tour in Bristol on 20 May. For further details, please visit http://www.roughtrade.com/events/2015/5/1316.

For the London Roundhouse show, Jas Shaw (Simian Mobile Disco) will be presenting the premiere of a set of all new, live analogue synth music. Jas, a longtime Swans fan, had met Michael Gira at a number of festivals over the years and was extremely excited when he got in touch to invite him to open their Roundhouse show. “The plan is to do something pretty different from a regular SMD show” said Jas “although the music is still being written, I expect it to be pretty much beatless, leaning in an ambient/drone direction. Although there are some interesting things you can do with detuned drum machines…”

Okkyung Lee, the Korean cello improviser and composer – will support on the European dates, including the London Roundhouse. A recent review saw The Quietus write that “Okkyung Lee effectively wipes the floor with just about every solo improviser out there, displaying a boldness and complete disregard to compromise…”

2014 saw Swans’ critically acclaimed album, To Be Kind, featured heavily in the Albums of the Year charts and the band released the first in a series of reissues – the vinyl of edition of Filth. So far, 2015 has seen the release of the definitive CD edition of Filth, plus the vinyl release of their debut EP, originally released in 1982. Later this year, the band will return to the studio to begin work on a brand new studio album.

Swans, led by Michael Gira, formed in 1982 and, after disbanding in 1997, returned with the critically acclaimed albums ‘My Father Will Guide Me Up A Rope To The Sky’ (2010), ‘The Seer’ (2012) and this year’s ‘To Be Kind’ – which was featured in album of the year lists from the likes of Mojo, Pitchfork, NME, The Quietus, Uncut, The Wire, Record Collector, Rough Trade, Clash, Metal Hammer, Drowned In Sound and Crack.