After revealing her reincarnation as DU BLONDE last week, Beth Jeans Houghton now presents the first taster of her new direction and upcoming album on Mute with ‘Black Flag’ 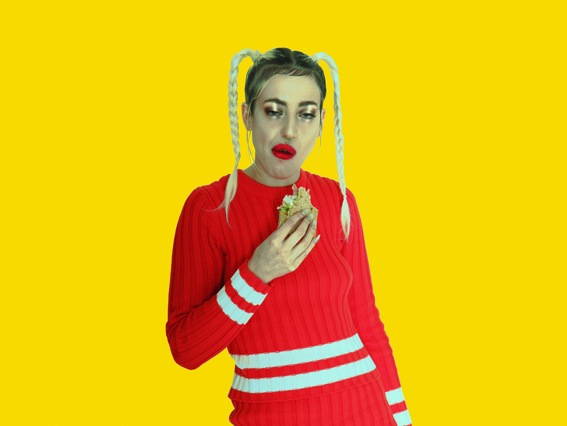 As a statement of intent, there can be no better introduction to Du Blonde’s sound than this. ‘Black Flag’ has thunderous drums, rumbling bass, heavy guitars and a vocal that burns with visceral rage. “You slay me with what you say and what you do / Don’t try me, ‘cos I’m not in the mood,” she snarls.

Anyone who knows Houghton as purveyor of offbeat baroque pop is in for a shock. “I feel no need to ease people in” explains Du Blonde. “Black Flag is a good representation of the direction of the album. There are a few quieter, thoughtful tracks but the general mood is one of finally cracking. The record is a powerful release for me. It’s the result of finally sitting down and taking a look at my life, what I was angry about, what I needed to change.”

‘Black Flag’, like much of the forthcoming album, was produced by Bad Seed and Grinderman member Jim Sclavunos, whose previous production credits include The Jim Jones Revue and The Horrors – more details to follow soon on its release on Mute this Spring.

In the meantime DU BLONDE will step out with her band for the first live performances this weekend, playing the Roundhouse Rising Festival at the Roundhouse, London and a hometown show in Newcastle at the 6Music Festival.