DRAPE Share New Video For ‘Pie In The Sky’ And Announce Album!

Oslo five-piece Dråpe (pronounced ‘Draw-peh’) are excited to share news of their new album ‘Relax/ Relapse’ due Oct 9th via Riot Factory. The shimmering first single ‘Pie in the Sky’ from the forthcoming record is streaming online now. 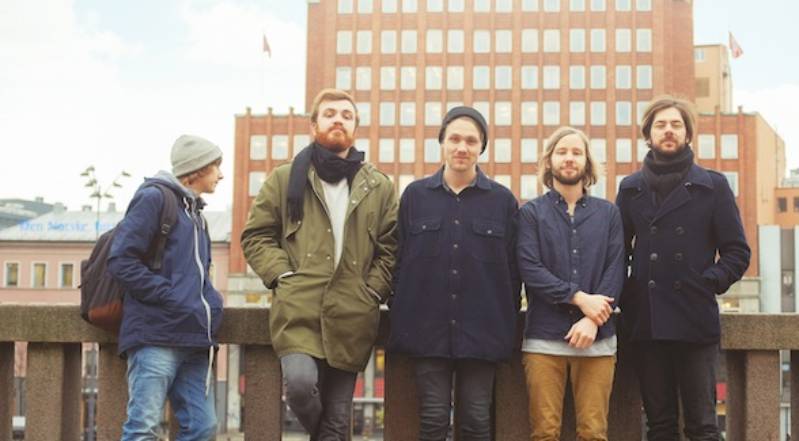 Oslo five-piece Dråpe (pronounced ‘Draw-peh’) are excited to share news of their new album ‘Relax/ Relapse’ due Oct 9th via Riot Factory. The shimmering first single ‘Pie in the Sky’ from the forthcoming record is streaming online now.

Laden with warm psych-pop sounds, the first single ‘Pie in the Sky’ is a song about “naïvety and living in denial” according to singer Ketil Myhre, who also mentions that the vocals on the track were done right after he had fallen of his balcony and broken two ribs, which put a proper challenge on the frontman’s pain threshold!

The new album ‘Relax/ Relapse’ has a title that represents both the band’s lyrics within the album & also the recording process. Singer Ketil went on to shed some light on this as he said “We have all experienced defeats on a personal level, and gone through a small crisis as a band. These experiences have made us the people and the band that we are today and weʼre really proud of the result. It feels like weʼve taken a few steps back in time, both personally and musically, and though it sometimes felt like we were on the verge of losing it, we got through it.”

“So the idea is that sometimes a relapse might actually be a good thing, kind of a second chance to get better again and perhaps change things.”

This Norwegian five-piece have created a shimmering album with ‘Relax/Relapse’, one that is about seeing a light at the end of the tunnel. As obvious as it may sound, it remains something often overlooked by society in the modern day. With their powerful take on inviting psych-pop sounds, Dråpe combine a hazy 60s psych-rock feel with their own modern twist to create an album that’s a euphoric daydream of a record.