Thrash metallers’ Destruction have unveiled the artwork for their forthcoming album Under Attack. The visualisation was created by Gyula from Hungary. 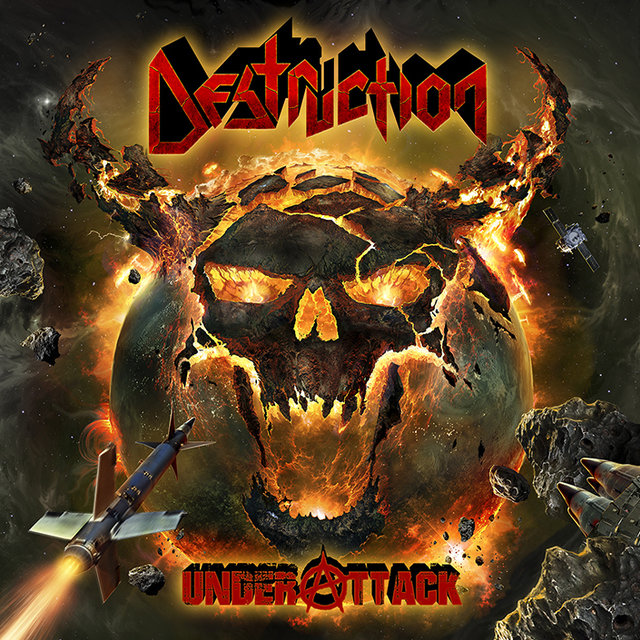 Thrash metallers’ Destruction have unveiled the artwork for their forthcoming album Under Attack. The visualisation was created by Gyula from Hungary (Tankard, Annihilator, Grave Digger, Stratovarius).

You can check out the trailer for the stunning artwork here:

The band say of the artwork; “I had the vision of the exploding earth with the Destruction skull as continents before we even had the title. Never has the earth and every individual been so Under Attack: whether it’s environmental issues, wars or politics and media madness, we just destroy everything that we love!
The cover brings together the classical concepts of the band’s history and fits in well with the discography…but unfortunately it also represents the current state of the world today!”

The album will be released via Nuclear Blast Records on May 13 and can be pre-ordered at the following link on a limited edition red vinyl: http://www.nuclearblaststore.co.uk/shop/nuclearblast/proddetail.php?prod=NBL_Destruction_Attack