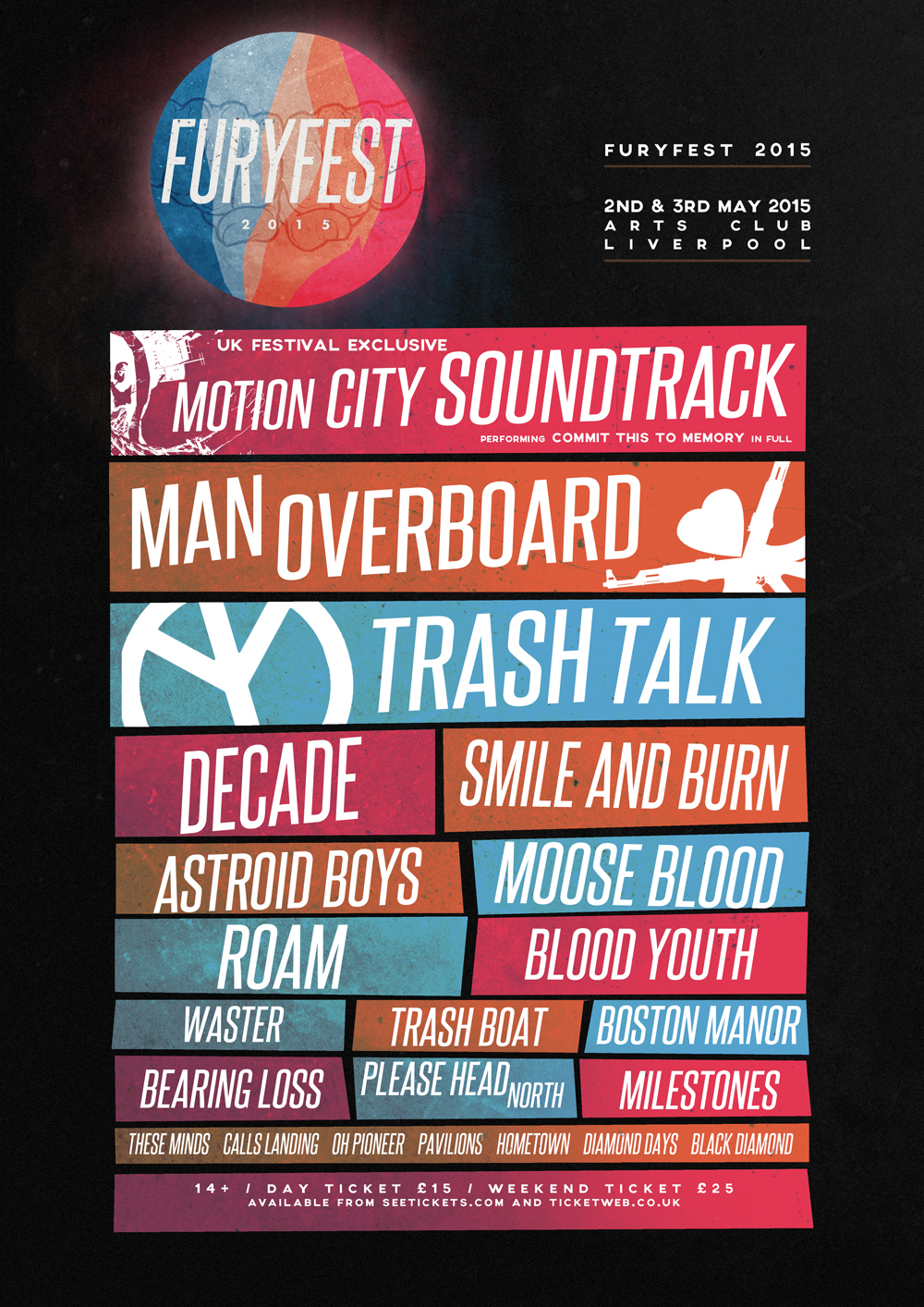 Now entering its third year, the two-day alternative indoor festival Fury Fest 2015 is delighted to announce that Bath alternative rock band DECADE and a host of other names complete the bill for the two-day event.

The appearance lands bang in the middle of a run of headline UK tour dates for the Bath quintet who head out on the road this month with Big Nothing (formerly Scouts) before a run of dates in Europe with Set It Off. Watch the video for their latest single ‘Coffin’ here:

Headlining the festival on Saturday 2nd May will be Minneapolis alt-rock veterans Motion City Soundtrack playing their seminal album ‘Commit This to Memory’ in full as part of the record’s ten year anniversary celebrations (#CTTM10) in a UK festival exclusive performance.

Tickets are priced at £15 per day or £25 for the weekend and are on sale now.