They have released their new single, Gravity, which is the first single off their new EP, Lessons Learned, you can watch it here! 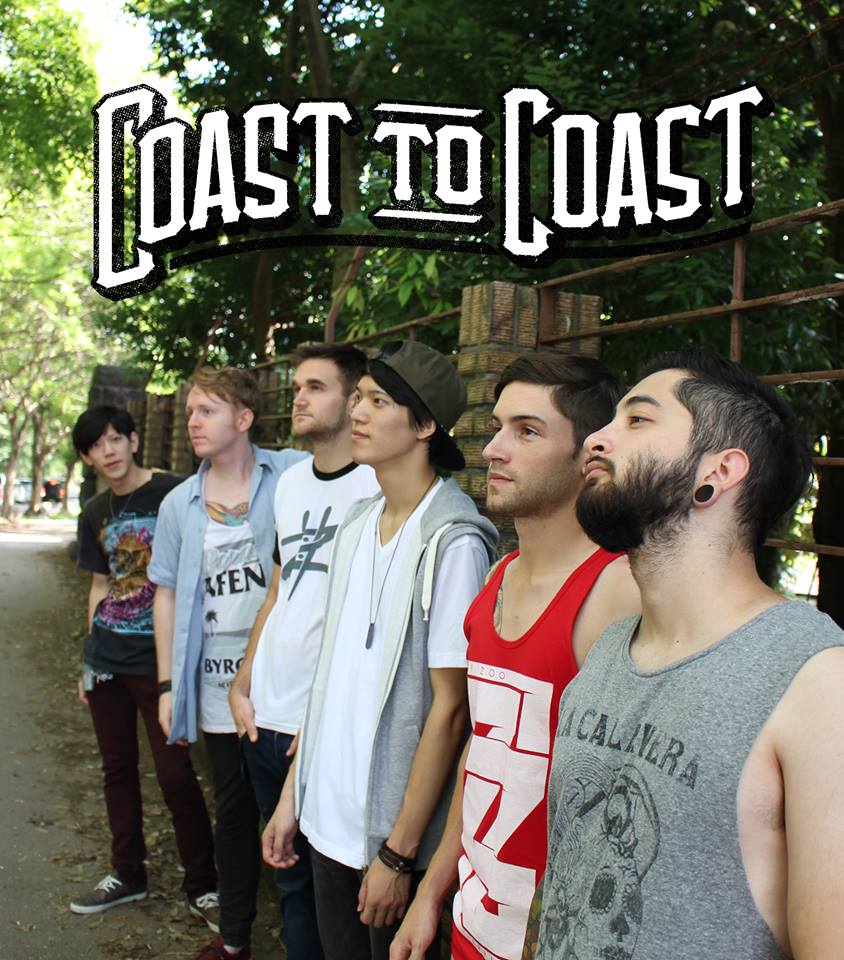 Coast to Coast is a 6-piece, easycore/pop-punk band from Nagoya, Japan. The six members come from different backgrounds, speak different languages, and have had different experiences to this point in their lives. Despite all of that, the thing they have in common is music. Through their band they hope to say and show that music can go beyond borders of nationality or language; music can speak to everyone.

Coast to Coast was first founded by Brent and Tomo in September of 2011, and for the next year and a half remained very active in the Nagoya and Tokyo areas. In early 2013 Brent was in an accident that required hospitalization and kept him from walking properly for several months. In this time Coast took a temporary hiatus. Some of the original members moved on to other things, but Tomo and Brent kept the idea alive.

Fast-forward to September of 2013; Brent and Tomo went about reforming the band with new members and a new direction. Matty, Chris, Yuichi, and Derek all joined since the “re-launch” of the band. Since then, Coast has been more active than ever in the Nagoya and Tokyo scenes, supporting major touring acts from the US such as A Loss For Words, State Champs, PVRIS, and Carousel Kings; spotlighting major events such as Brazil Day in Hamamatsu; getting radio time; and releasing a 2-song “Summer 2014” demo to highlight their revamped sound.

For 2015 the band is planning great things. The release of their debut EP titled “Lessons Learned” is slated for the summer, and plans for a Japan tour to support the release are in the works. Needless to say, Coast to Coast is a band with a lot of dedication, a lot of talent, and a lot of heart.

They have released their new single, Gravity, which is the first single off their new EP, Lessons Learned, you can watch it here:

You can now pre-order your copy of Coast To Coast’s new EP, Lesson Learned, from iTunes, https://itunes.apple.com/gb/album/lessons-learned-ep-ep/id992283270