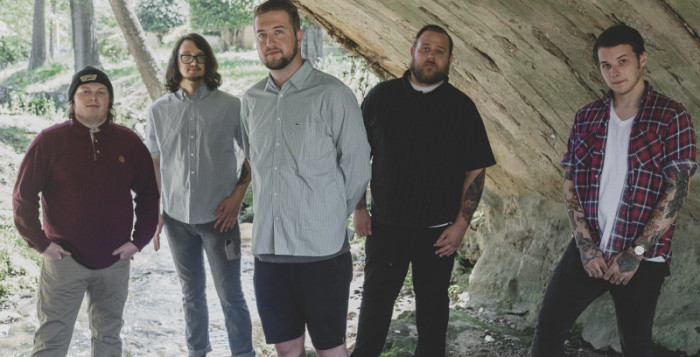 You Can Listen to ‘Enemy’ from the album here:

With each release, Brigades push the boundaries of their sound and continuously evolve, letting the music dictate their direction. For their debut full-length, Indefinite, the band has broadened their breadth of their sound with moody, catchy hooks and sing-alongs that are fueled by their signature amalgam of aggressive punk and energetic hardcore.

“A lot went into recording this record,” says vocalist Darren Young. “Not to cling to cliches but we really did put our blood, sweat, and tears into this one. It’s our first full length together and we’re really pleased with how it turned out. We were kind of falling apart at the seams the first week of recording, but it really pulled us back together. We wrote it as a collective and that’s not really our usual formula. There’s a lot of diversity. We’re really proud of it. I’ve had so much happen to me personally since Crocodile Tears that I had to rise above. A lot of different lyrical content. Depression, anxiety, fear, loneliness, shame, pride, love, hate, deficiency. There comes a point in the downfall of everyone’s life where you wonder if it’s indefinite. I dug as deep as I possibly could. Didn’t want to bottle anything up or hold back. Now that I got that release, I’m watching myself turn into a man that I’m happy to be finally. All thanks to this experience, these songs, and my band mates. Still learning, but that hill is getting easier to climb these days.”

The band’s first new song, “Enemy,” is an incredibly catchy song that showcases the band’s synergy in the studio and the depth of their lyricism.

“Enemy is a song about my personal thoughts on organized religion and how toxic it can be to everyone on this earth,” Young adds. “It’s a little more political and controversial compared to most of the other songs, but definitely an important one.”

Brigades current tour dates can be found here. Follow the band at https://www.facebook.com/brigadesband for additional updates.