Closure sees the quartet confident and utterly in charge. Here Chris gives us an insight into the recording process of the new release… 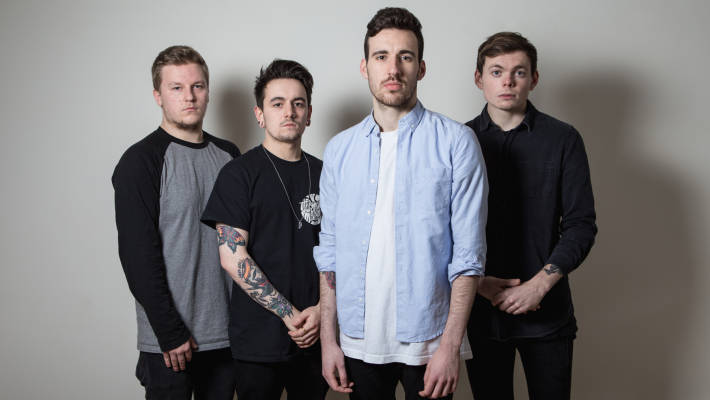 “Our debut was a lyrical meltdown” says Chris Pritchard, guitarist of UK metal punks, Blood Youth, speaking of his band’s 2015 ferocious call to arms, Inside My Head; “With this new E.P – Closure –  it’s about what Kaya once felt coming to an end. And for all of us this EP is literally closure for the personal anxiety we all felt while writing Inside My Head. The whole thing was a recovery process. Full circle.” Despite being only a year old, Blood Youth have already made a hefty dent on the national scene, with attention grabbing appearances at Download and Hevy Festivals, tours alongside the likes of Beartooth and Architects and forthcoming dates with Every Time I Die and Slam Dunk. Recorded once again with producer Jonny Renshaw, Closure sees the quartet confident and utterly in charge. Here Chris gives us an insight into the recording process of the new release…

We decided to go back to the birthplace of Inside My Head, a studio in Tetbury called Bandit Studios. Owned and run by our good friend Jonny Renshaw who’s done most of our recording work starting up. He recorded our first EP Inside My Head, and we just loved the recording process, his attitude to work with and most importantly the sound we got out of it. So we decided to return to him for our second EP Closure. As well as being an amazing producer and an absolute tank, he’s also always gotten and understood our sound, which I find is one of the most important qualities bands need in a producer. And it shows through our music.

We’re always as prepared as you can be going into the studio, we make sure that everything is laid out, demoed and understood so that the recording process goes smoothly. Being an upcoming band there isn’t a huge budget to work with either, so we’re always under time limits and stuff with this sort of thing, so we make sure we’re super prepared and make the most out of the time we get in the studio!

How we recorded is pretty standard. Drums first, guitars, bass and then vocals. For this EP we had less time in the studio to work with, so we budged in some vocal sessions in-between guitar sessions and bass sessions. All and all though, Jonny kept ahead on everything and it was all over before we knew it!

During the day we were all pretty up to our necks in studio work, but at night when it’s time to settle down, that’s when the real chaos happens. We had to behave a little more this time due to staying at Jonny’s house with him. He was nice enough to put us up in his living room, so we just set up camp with sleeping bags there for 5 days. We kept Jonny up one night making loads of noise watching a WWE Hell In A Cell match. I brought a load of my WWE DVDs to watch, and so we got a bit noisy with that, but i can’t even begin to list the amount of funny things that happen in the studio with us.

Our thoughts on the outcome, honestly? He took exactly what we had in mind and made it happen. We couldn’t have met our expectations better. Jonny is the dude, and he has always understood this band and what we want out of it, so we knew we’d get what we wanted with him. Overall the EP sounds massive and we love listening to it (no shame). We couldn’t be more stoked to finally have everyone else hear it! 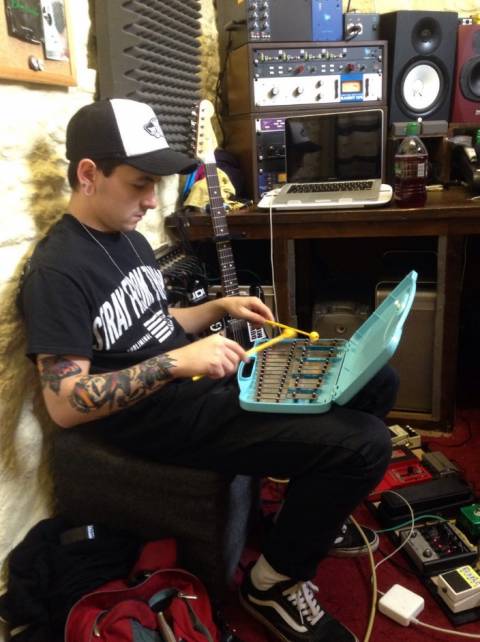 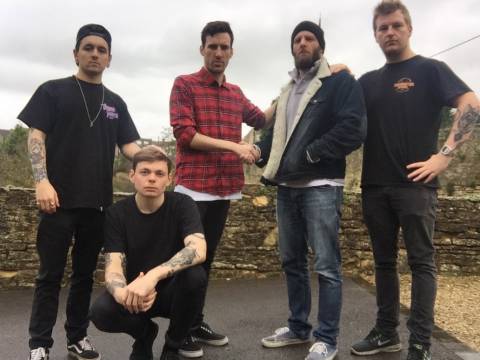 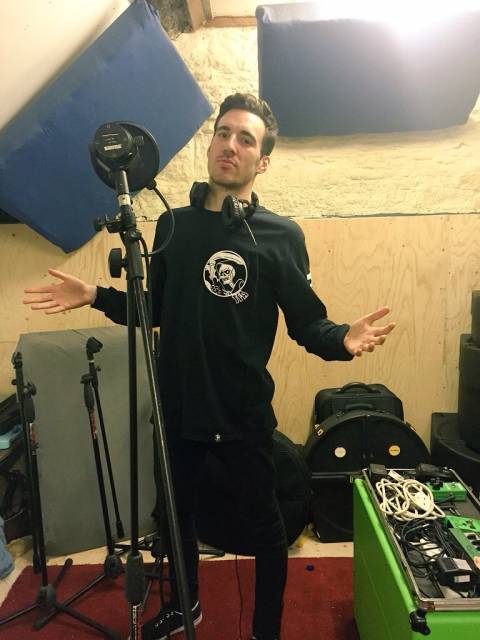