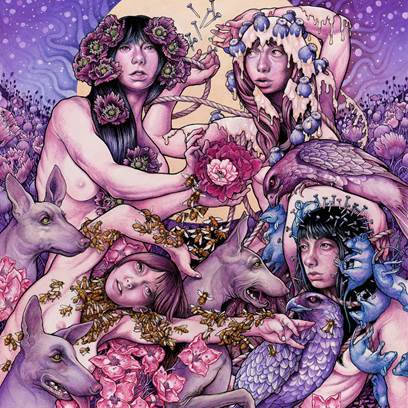 Baroness have revealed the album artwork for Purple via a time-lapse video which can be viewed here:

The album is out on December 18th. The video shows John Baizley’s creation of the cover and fans piecing together parts of the album cover via t-shirts created for the pre-order bundles.

Baizley has done all of Baroness‘ album artwork alonside other bands including Skeletonwitch.