Bands You Need To See At Butserfest 2015 Part One!

Butserfest is one of the true hidden gems of the Festival season. Situated in Queen Elizabeth Country Park in Petersfield, Butserfest has been the home of so many artists who have gone on to massive things such as Mallory Knox and We Are The Ocean. With three stages and free activities throughout the day It […] 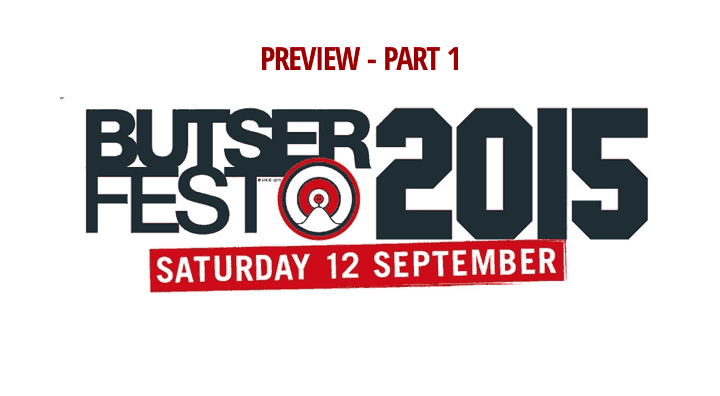 Butserfest is one of the true hidden gems of the Festival season. Situated in Queen Elizabeth Country Park in Petersfield, Butserfest has been the home of so many artists who have gone on to massive things such as Mallory Knox and We Are The Ocean. With three stages and free activities throughout the day It truly is a marvellous event.
As 2015’s instalment rolls in, the line-up is quite possibly the best they have had yet. With a fine slice of bands from a variety of genres and with post-hardcore heavyweights Funeral For A Friend, pop rockers Don Broco and rap metallers Hacktivist all featuring one bill, the diversity of the line-up is truly incredible. As with all festivals, it can be hard working out who to see but luckily for you, AltCorner has you covered!
Here are our picks of Butserfest:

I challenge you to find a band that gets the crowd going as well as these four Bedford boys. I saw them at Truck Festival and I can honestly say that the tracks from their new album ‘Automatic’ are nothing short of incredible live. If dance-ability by the dozen, sing-a-long opportunities and groove personified is your kind of thing then look no further and have a party with the Butserfest headliners, Don Broco.

Funeral For A Friend

A truly timeless band that deserve so much credit both for influencing so many artists throughout their career and consistently evolving their sound. With cult-status albums such as ‘Hours’ and ‘Casually Dressed & Deep In Conversation’ that will forever go down as two of the best emo tinged post-hardcore albums of all time. It’s their latest two albums that have reignited my love for Funeral A Friend though, with ‘Conduit’ and ‘Chapter and Verse’ the band take on a more developed, heavier and grittier approach as opposed to their previous efforts and trust me, they are insane! The common practice for many bands who have been around as long as Funeral For A Friend is to go down the dreaded pop route; nullifying their sound that made them famous for a more commercial sound so it fills me with happiness and glee that Funeral For A Friend have flipped this stereotype. I can’t wait to see them so if you want to sing-a-long to some emo anthems from your childhood and of course introduce yourself to their newer, heavier side then make sure you go and give the welsh rockers the ovation they deserve.

We had the pleasure of meeting Dirt at Takedown Festival 2015 as they recorded an acoustic set for AltCorner Sessions. Playing us a truly breath-taking version of their track ‘Insomnia’ we were blown away. Their live set has seen the band gain plenty of recognition as their fan following continues to soar. With only one official EP released the band have achieved so much in their short time as a band and I will put my neck on the line here and say in one year, Dirt will be the next big breakout band in the UK! In fact, I guarantee that. So go and check them out and let them blow you away.

Melodic post-hardcore quintet Create To Inspire are truly a bright light within their genre. Providing heartfelt, meaningful and driving tracks that really catch the eye with their fresh take on a genre that can often be described as stale and stagnated, the Essex boys are firmly on their way to becoming the next breakout stars. With their EP ‘Halfway Home’ receiving rapturous applause from a variety of publication including us…we loved it! Their attention is shifting to their next release and if it is anything like ‘Halfway Home’ it is sure to be a real cracker. This band truly is onto something in their career and I cannot wait to see them.

How do you like your pop punk? If it’s with a slice of emo then look no further than Boston Manor. Delivering an honest and relatable array of tracks that has seen the band rise to playing festivals such as 2000 Trees and touring with fellow rising stars ROAM. These guys absolutely kill it live and I cannot recommend them enough. Go check them out on the main stage.

One of my favourite bands at the moment is The Xcerts. I listened to their first album ‘In The Cold Wind We Smile’ religiously but for some reason or another they fell of my radar. However, I rediscovered these Scottish rockers when they released their latest album ‘There Is Only You’, an album that is a testament to just how much a band can develop and grow yet still be the same band I fell in love with back in 2009. The Xcerts will always be known for their indie rock style that possesses some pop sensibilities that will get you singing-a-long after one chorus. They are catchy, honest and relatable, and trust me they are incredible live and deserve all the success they are receiving at the moment.

That is all for now but don’t worry… there will be a part two of artists we think you should see at Butserfest very, very soon!