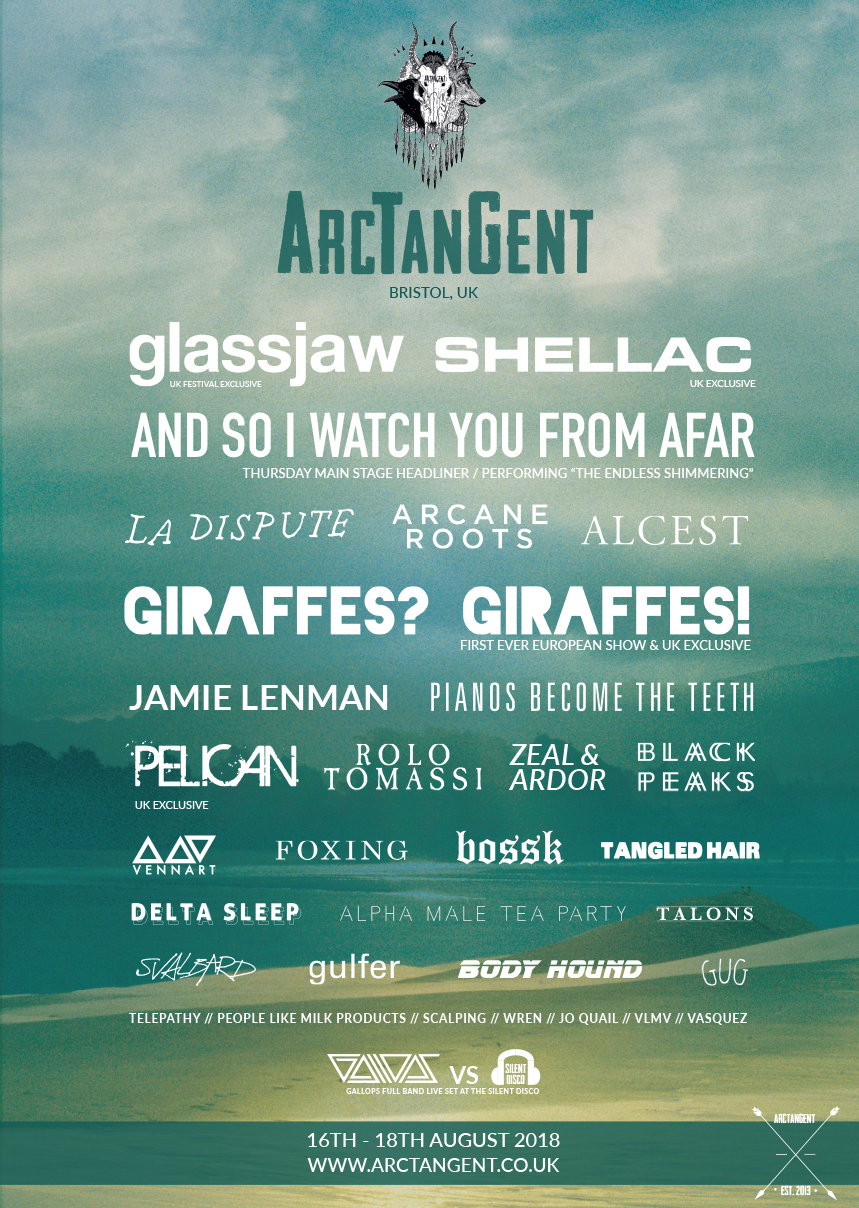 ArcTanGent festival has revealed yet more awesome acts for the line-up, including Glassjaw and Shellac!

Glassjaw are set to headline the Friday night and when asked if excited, Beck responded with; “”Shellac? Yes please.” So we know who they’re excited to see!

Bob Western of Shellac, says of the trio playing ATG for the first time as Saturday headliners; “Since we’ve never been to the festival, I’m not sure what we could say about it other than that we’re looking forward to playing in Bristol. It’s nice there. Are there still a lot of road works going on?”

Festival organiser James Scarlett says; “This feels like the biggest and best announcement we’ve ever done at ATG. Having Glassjaw and Shellac as main stage headliners will be amazing, but personally I’m also very excited about Pelican’s first visit to Fernhill Farm – it’s certainly long overdue.  I’d really urge people to check out our Spotify playlist. We put a huge amount of effort into curating a line up that has strength in depth from the top to the bottom – so go check out Telepathy. Check out Scalping. Check out Zeal & Ardor if you don’t know them. Check out them all!”