Anthrax will release their hotly anticipated new album For All Kings on February 26th. 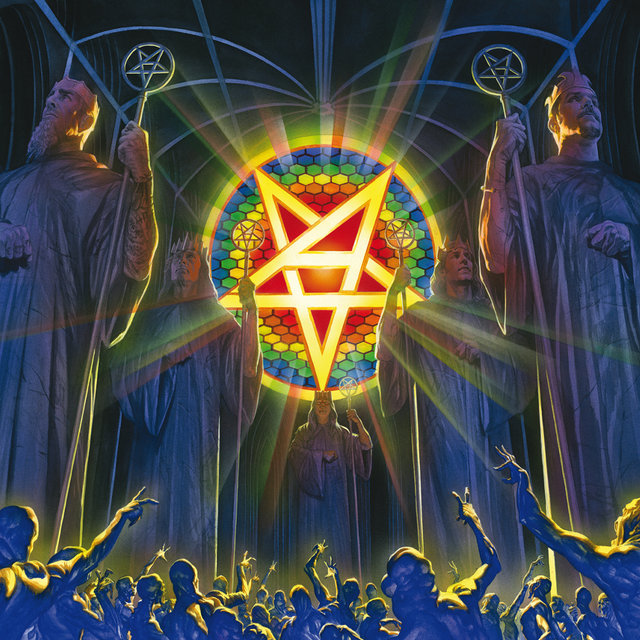 Anthrax will release their hotly anticipated new album For All Kings on February 26th.

The cover artwork was done by Alex Ross who has previously designed artwork for the band.

Drummer Charlie Benante says: “My idea for this one was to show this hall and these huge statues of these kings – who, of course, are us – and trying to tie in the last album cover with these creatures who are drawn into this room with our ANTHRAX ‘A.’ This one, you’ll see those creatures in this hall kind of trying to reach up at these kings. We tried to tie in the last two album covers with this album cover. And when you see it, it’s beautiful. It’s grandiose. It just has this beautiful look to it. And, yeah, it’s gonna be a great album cover.”