With days to go before the release of their eagerly awaited début album, Glasgow based pop rockers Altered Sky are delighted to bring you a track by track guide to ‘Without Wonderland’. 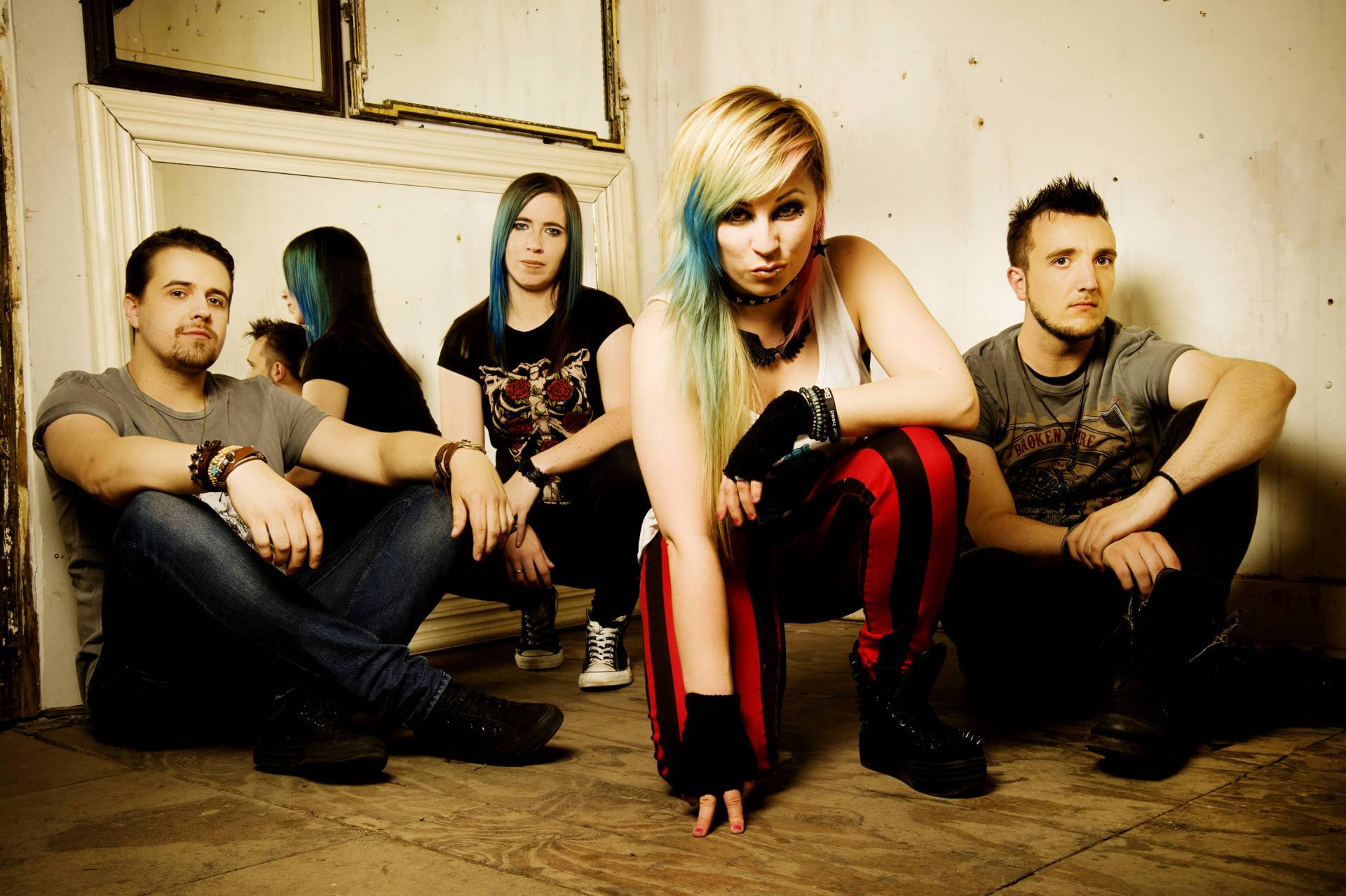 With days to go before the release of their eagerly awaited début album, Glasgow based pop rockers Altered Sky are delighted to bring you a track by track guide to ‘Without Wonderland’.

Imagine adventure as vocalist Ana Nowosielska takes you on a trip through Wonderland….

“Hi guys!
This was really really fun to write, I hope you enjoy the music as much as I do!

This War Is Mine
One of our earlier songs called “This World” had the amazing lyric “This War Is Mine” and I really wanted it on the album. This song was originally called “Know It’s The Same” but the lyrics didn’t really work for me at all. It took a few attempts to get the lyrics right! See if you can spot the sly reference to Harry Potter in the mid section. #Tribute.

Stupid In The Dark
I remember getting the idea for this song in Amy’s room when she was walking her dog. It was the melody in the chorus that just sounded huge and I could not get it out of my head until it was finished and down. I was obsessed with using Garage Band at the time so the first recording of the chorus might still be on there! There are so many references to games / stories in the lyrics. Captain Hook is the man.

Apple Tree
When Amy and I first met we used to drive to ASDA at like 3am and just generally do random stuff and buy lots of food. Hello £1 prawn salad! We had a bottle of windolene and we would just start spraying it at each other and then sing Avril Lavigne songs in the car… really badly! Apple Tree came from us being totally hyped up and just singing a random melody on repeat to each other. It was purely by chance that it just stuck! It originally had a guitar solo that lasted until the end of the song. Those were the days…..

Bury It All
I remember writing Bury It All in my bedroom on the carpet and I got so annoyed because my F key on my keyboard was broken, so I had to avoid playing it. It came together really quickly. We actually played this song live with completely different lyrics a few times to test the water. The guys nicknamed it the “Christmas Song” because the chorus reminded them of Christmas. I don’t know…

Live For It
This song came together after I watched an episode of ‘999:This Is An Emergency’. A woman described the moment she answered a 999 call to an older woman whose husband was unconscious. The operator talked the older woman through what to do until the paramedics arrived. The strange but almost beautiful thing was the older woman also passed away with her husband as the paramedics couldn’t revive him. The song is an anthem for life.

Livewire
Livewire came to the table really randomly. It was written on piano first and had a jazzier feel to it initially. I wanted to write an “in your face” kinda song and the guitar riff from the start really sets the tone. The title was inspired from an RPG called Final Fantasy 7. I thought it sounded cool so I based the entire song around Vincent Valentine’s story in the game. I wanted the song to reflect the sense of urgency and fighting from the game.

Songbird
My favourite song on the album at the moment. I was working on some piano songs at the time of writing Songbird and it was originally a ballad. The song has a blatant Bioshock reference in the title but I intentionally made this one about my Grandad who passed away in 2006. He would have loved the band. The lyrics then acquired more meaning when my Mum suddenly passed away earlier this year, just before we got the first copy of the album back. It’s very liberating to sing!

Imagine Adventure
This one sat on the back burner for about 3 years. We really wanted to do something different and use just a piano. When I let everyone in the band hear this they were so excited to get it onto the album. It was planned from day 1 to make it onto our first record but it needed a little bit of maturing to make it. The majority of the lyrics changed quite a lot but the words “Imagine Adventure” and “I won’t be going” remained the same.

Waves
Originally this song was meant to be about a mermaid trying to get home to the sea. Very similar to the actual story of The Little Mermaid. It has transformed so much and has been around for about 4 years. We never really approached the song well in the past, so it never really made it but when the intro kicks in it sets the scene from the start! “It’s a long road home but the lights are on and I’m running” Waves is about never giving up.

White Witch
White Witch was inspired from so many different themes and stories. A lot of memories I have from reading the Narnia books led the song into being about self discovery and finding your inner belief. I remember lying on the floor in the living room with the intro on repeat and trying to get the backing vocals in my head. It crosses a line with inner demons too and it really needed a dramatic, epic middle section. Definitely another one of my favourites!

Thank you so much for coming on this journey through Wonderland with me,
See you on tour!
Ana
x”

Without Wonderland will be released on Friday 20th of November 2015. The album was recorded in Cardiff’s famous Longwave Studios and has been produced by Romesh Dodangoda who has worked with the likes of Twin Atlantic, Bullet For My Valentine, The Blackout and Funeral For A Friend amongst many others.

Without Wonderland is available from http://store.alteredsky.com in a number of formats.