Albums to get excited about!

Each week we round up some of the newly announced records that we’re super excited for!

Exploring Birdsong – The Thing With Feathers 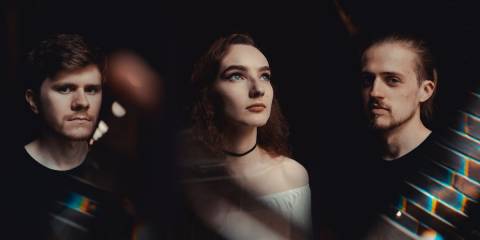 On November 25, Exploring Birdsong will release their debut EP The Thing With Feathers. The hotly-tipped Liverpudlian trio have created a piano-led, beautiful concept EP if lead single The River is anything to go by. 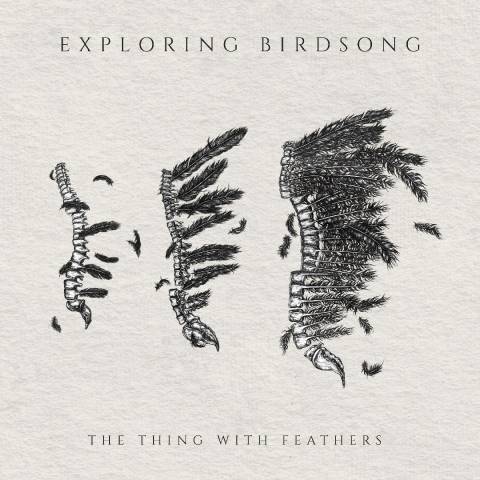 Cory Wells – The Way We Are. 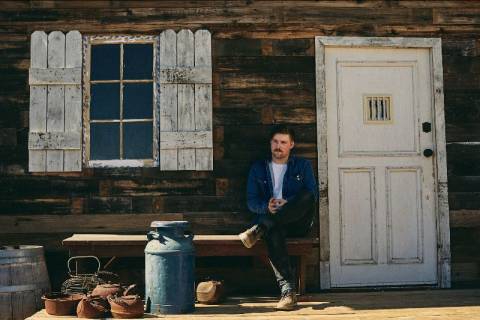 Acoustic singer-songwriter Cory Wells has revealed details of his debut album! The Way We Are is set for release on November 15 through Pure Noise Records.

He said: “Four years in the making and I cannot be more proud of this collection of songs.

“It portrays sadness, anger, despair, happiness, uncertainty, regret, and so much more.  It’s my life. Its your life. It’s about what its like to be human.  Without the bad, the good would mean nothing. It would just be normal. I hope people can appreciate the emotions put into this record as well as the various feels and styles it represents. It’s the way we are.” 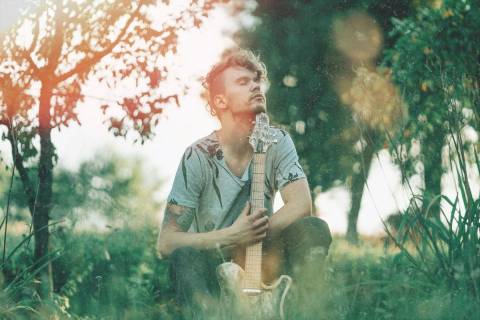 One of the finest young guitarists Jakub Zytecki has combined genres for his debut album. Nothing’s Last, Nothing’s Lost is set for physical release on December 6.

We tried to come up with a way to explain the record, but couldn’t actually make it sound any better than the way Hold Tight! PR company did. So here it is: An expansive collection of songs that explore everything from prog, rock, electronica, funk, jazz, R&B and more, Jakub’s boundaryless creation of sound is impressive on its own. However, what makes Nothing Lasts, Nothing’s Lost truly special is how this eclecticism is entwined with huge hooks and engrossing melodies, and the level of detail that could only be created by someone with the level of talent he possesses. 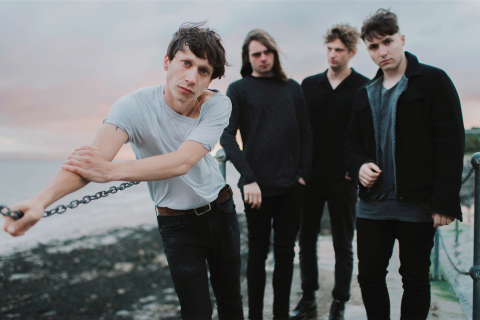 We have a little while to wait until October Drift‘s album release as it will come out at the start of next year. But we’re excited already! Forever Whatever is set for release on January 24!

“Most of our peers are making politically charged music – which is understandable and important – but that’s not what comes naturally to us. We’ve always written from a space that’s more personal. I take my faults and fears and mould them into something more positive; be it loneliness, teenage angst, or inadequacy.

“I try to put a positive spin on these internal struggles in the hope that a feeling of optimism will reflect onto listeners who are dealing with the same emotions. My favourite music always feels relatable, like you’re feeling the same as the artist, even though their intention might not match your interpretation. That’s what we’re aiming for in our lyrics – a relatability to everyday life.”

Left Behind – No One Goes To Heaven. 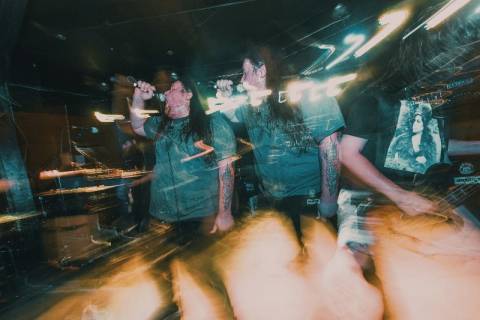 Left Behind‘s third full-length album No One Goes To Heaven will be released on November 15 through Pure Noise Records.

Zach Hatfield said: “All the songs have different meanings, some were inspired by how I’m still recovering from things that happened a couple years ago with some of the stuff I wrote about on the last album. ‘Peeling Wax’ in particular was about a conversation I had with Matt (From Kublai Khan) during the first tour we did together. To sum it up, he told me he connected with what I say, that he felt like he was alone in a lot of things he experiences and our music was like a light in the darkness he felt. We became a lot closer friends over the last couple years and I decided to write the song about that same loneliness we feel. It was only right to feature him on the track.”

No One Goes To Heaven Tracklisting:

01. Hell Rains From Above 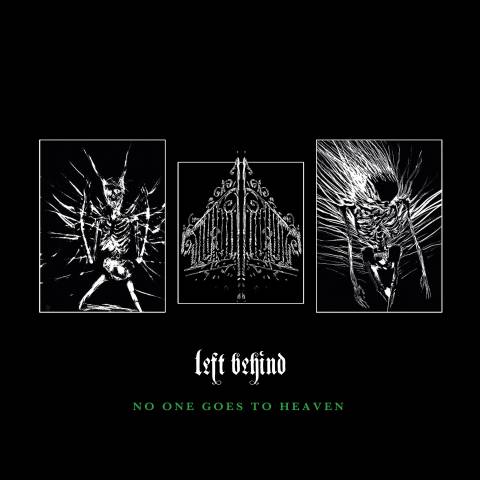 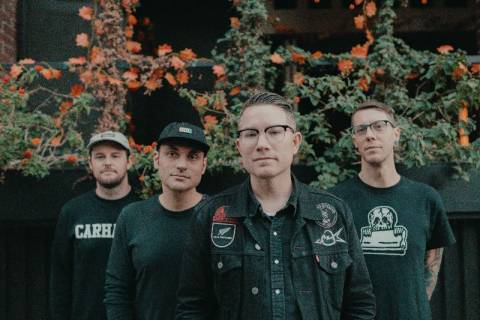 Emo rockers Hawthorne Heights are set to release their new record Lost Frequencies on November 8.  The album is a collection of B-sides and rarities. 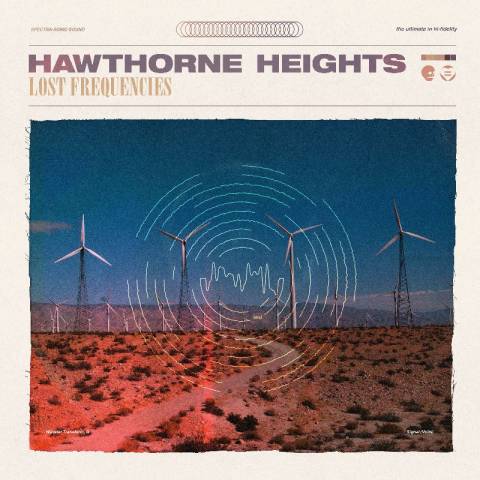 Unique French act Öxxö Xööx have revealed details of their new album! The avant-garde doom-metallers will be releasing Ÿ on November 29 through Blood Music.

Laurent Lunoir said: “Ÿ is a very symbolic album. There are several meanings regarding its name: First of all, the umlauts symbolise the duality of our material universe. Ÿ is a two-headed “I”, having two directions. It’s the symbol of the choice between the path of light and the path of darkness, between vice and virtue. By its tree-like shape, it reflects human growth, whose branches rise to heavens.

“Ÿ symbolises the three-dimensional space (the orthonormal coordinate system x, y, z). It also depicts the corner of a cube (symbol of the earth, the stability, the hardness of the material world). “Y” can also depict the bifid tongue of the snake; the crossroad; the “Y” generation; the simplified shape of the female internal genital tract, as well as the Y chromosome in the male; the Christ (Y) on the cross (T).” 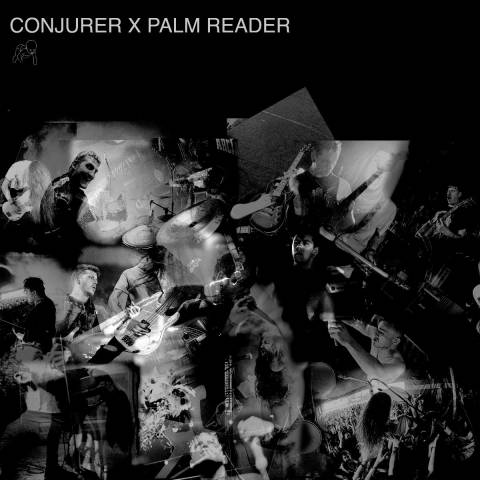 Conjurer and Palm Reader are blessing our ears with a split covers EP on December 13 through Holy Roar Records.

Each band cover two tracks that they adore.

We don’t have a single to tease yet but here is the tracklist: