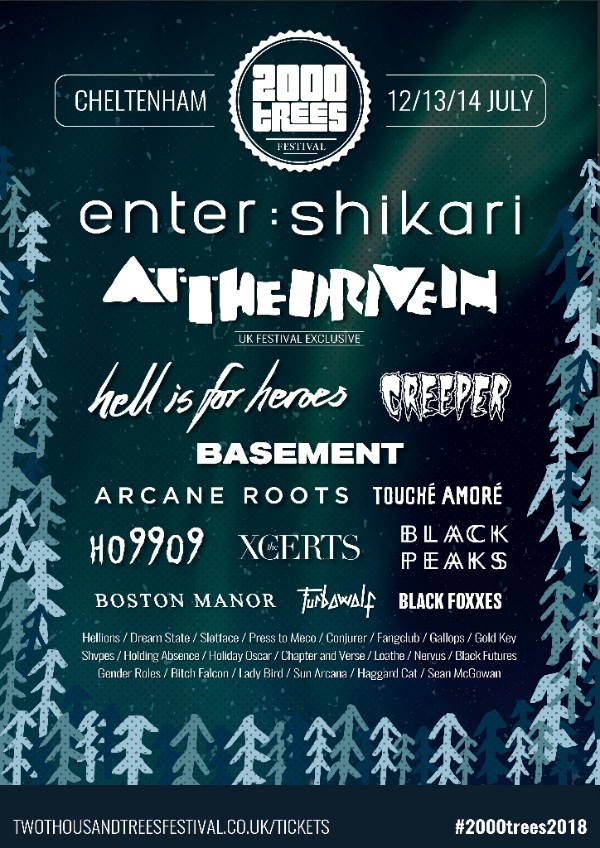 Black Peaks say of their return to the festival; “2000trees Festival has always been a very special festival to our band – it’s a proper music festival for proper music fans, the atmosphere is unlike anywhere else, and once again the lineup is amazing. We’ve played with and met some awesome people at this festival. We can’t wait to be back, and to bring some new tunes with us!”

The Xcerts add; “We are wildly psyched to be returning to 2000trees Festival this year. We hold the festival very dear to our hearts and this will be our 2nd time gracing the main stage. You better believe it’s going to be holy!”

2000 Trees festival is set to take place between July 12-14 at Upcote Farm, Cheltenham.