Witchery chat about new album ‘I AM Legion’

Witchery have been a band and rocking the world for 20 years. We had a chat with Jensen to talk all about their new album I Am Legion! Who were your main influences when recording ‘I Am Legion’? Last year was the 20th anniversary of the band, so we’ve been in this record making business […] 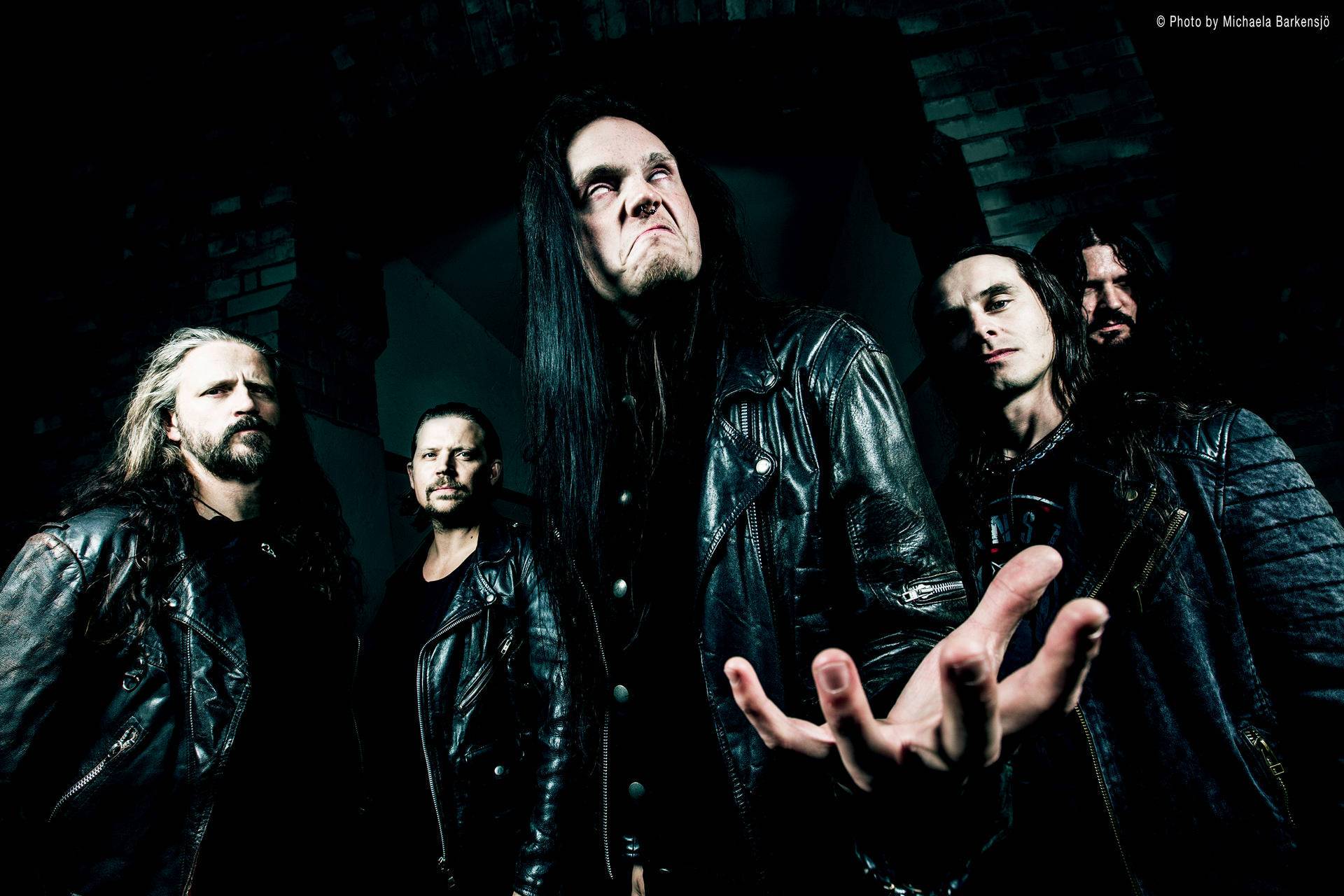 Witchery have been a band and rocking the world for 20 years. We had a chat with Jensen to talk all about their new album I Am Legion!

Who were your main influences when recording ‘I Am Legion’?

Last year was the 20th anniversary of the band, so we’ve been in this record making business for many years now. We don’t draw direct influences from specific bands. We focus more on what kind of sound and attitude we want to accomplish. We aren’t big fans of what the run-of-the-mill average metal release sound like today (too polished, too edited, too perfect, too boring) so our influence for I Am Legion was to create and album that sounded “dangerous”. Might be somewhat of a silly word, but you probably know what I mean with it. I think we accomplished what we set out to do

How did you find the recording process?

Not so much fun. I like the writing and rehearsing process, but I get too nervous over how things will eventually come out sounding. It’s in the studio where everything you have envisioned in your mind needs to be understood by the producer and/or the engineer. It is VERY hard to explain a sound in your head to someone who might come from a different musical background. Luckily, Daniel Bergstrand, the producer on both “In His Infernal Majesty’s Service” and “I Am Legion” understands perfectly what I’m aiming for so the recording process for these two latest albums have actually been a bit less stressful compared to what they can be.

What was it like working with Hank Shermann, Mike Wead, and Nicholas Barker?

We have had the fortune of working with Hank on every album we’ve done since 2000. I am a huge Mercyful Fate fan and I think Hank is sadly overlooked by today’s metal scene. The connection we have with Hank is of course through our bass player Sharlee D’Angelo who used to play with Hank in Mercyful Fate. We are going to keep on inviting Hank to guest on our albums for as long as he agrees to participate. I’ve known Nick Barker for many years now and he is a good mate of mine. When we need someone to do a little spoken word on a song, he is our “go to” guy. Mike Wead is also a longtime friend and a fan of Witchery. He immediately agreed to do a guest solo when we asked him. Great people and great musicians, all three.

How are you feeling about the album’s release?

We are very excited. I mean, this is perhaps the most creative and productive phase in the band’s history and we are curious to see if people agree with us on how good “I Am Legion” is.

You only released ‘In His Infernal Majesty’s Service’ just under a year ago, what was it like writing this album so quickly after that?

I won’t deny that it was a lot of hard work, but it is totally worth it. We had previously had 4-5 years between our albums due to band members being busy with their other bands. Now we wanted to show that we are not a project band (which we, by the way, never have seen ourselves as anyway but do understand if people got that impression). That’s why we decided to put our another album so soon to show everyone that we are actually more active than more or less any other metal band out there. We noticed a probable “project band” issue when we weren’t getting any offers to play live after releasing IHIMS. This all changed after the news of another studio album, “I Am Legion“, was released. Now we do have a lot of tour and festival offers, so the hard work payed off. But yeah, it was a lot of work.

Do you currently have any plans to tour the album?

We certainly do and we are currently looking through the offers that we have received so far. If anyone else has any connections with a festival etc and who would like to see us live, please don’t hesitate to put our name forward and ask them to get in touch! Cheers!