Weesp take on the A-Z challenge!

Belarus alternative metallers Weesp are working on their 10th album which is set for release in 2018! Bassist Dmitry ‘Mi’ Budko took some time out to take us into the world of Weesp by taking on our A-Z challenge! A Song Which Made You Want To Make Music: Metallica – One Best Rider You have Ever Had: […] 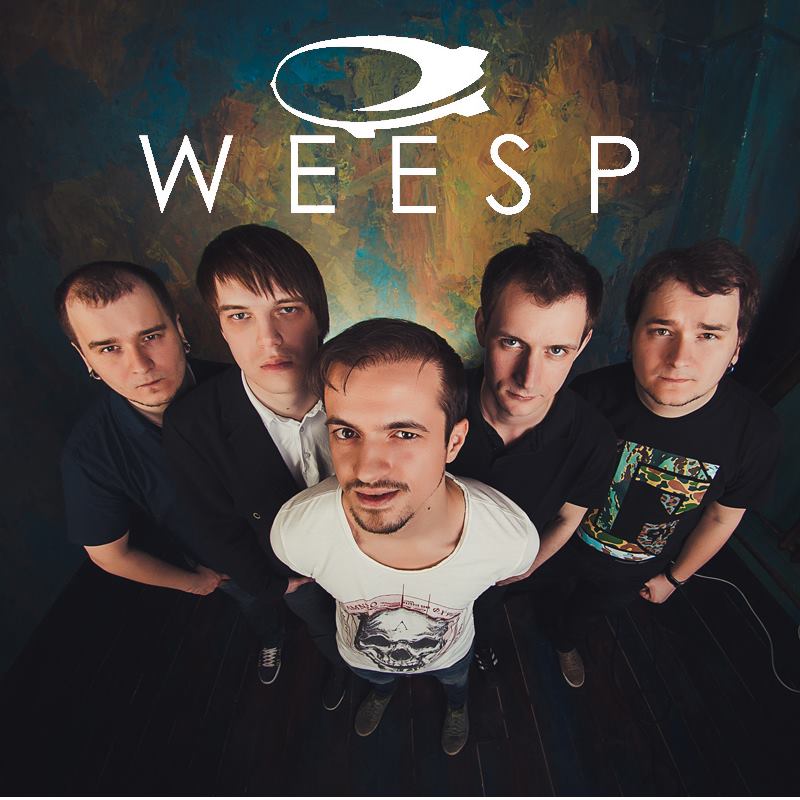 Belarus alternative metallers Weesp are working on their 10th album which is set for release in 2018! Bassist Dmitry ‘Mi’ Budko took some time out to take us into the world of Weesp by taking on our A-Z challenge!

We were touring across Latvia and had a gig in Liepāja. It was awesome – unlimited buzz, food and girls))) The gig was packed tight as well.

There are a lot of stories. Every tour is different and got a lot of fun.

Here is the story our guitar player Mike tells every time:

Lex (vocals) loves to climb on stuff that stand on the scene. It might be amplifiers, drums, loudspeakers, etc.

The most wild and funny climbing was when we were playing our show in Zyrardow (the void tour 2016 in Poland). We played in a club with balconies you know, where audience can watch the show from 2nd floor. And I don’t know why but during one of our songs Lex decided to climb to the 2nd floor straight from the scene using amplifiers for it.

That was awesome. The funniest thing was when he didn’t even have an idea how to get off from there. Finally he made it accompanied by Gul’s circus style snare roll.

Few lines from the speech on one of the newest songs:

I can remember myself before

Eager to feel, to touch everything

As if life was on the end of my fingertips

This endless hustle, a rat run

Trying do something that will be appreciated

As if it actually matters

After all, the only thing important

Is who you are,

And that’s it
Being somebody.

I think it’s the only way to be really free.

For me, it’s just being

The one who is

Staring at the sun.

I think it’s “Waves” from “The Void” album. Stak (our synth guy) prepared his part for one of other songs on the album (I don’t remember which one exactly) and it sounded not good in that song, but was very good when sounded alone. So we decided to duplicate synth with guitars and do not change anything. So we did this song in a week or so, then few weeks polishing – and here we go.

For “The Void” it is “Charcoal And Chalk” and “Everything Burns” done in collaboration with Cory Brandan of Norma Jean.

As I mentioned we already did few tracks with Cory Brandan of Norma Jean and it was super awesome. We also recorded with a lot of session musicians – string trio, harper, choirs, etc.

I dream to have Trent from NIN or Scott from Neurosis featured, maybe some day…

Touring in western Europe during winter when there’s tons of snow and is super cold.

Also hangovers after afterparties and going to the next gig next day.

Me and Stak are twins. I play a bass guitar and he plays synth.

We are talking with swears only.

You need to be yourself, let your feelings go outside. You shall not try to make a song for somebody, the right audience, etc. Instead of it you need to put maximum sincerity in it.

We usually compose songs together, at the studio. Sometimes it’s fast and inspired. Sometimes it’s pain in the ass with fights and loud swearing. Good thing is that we stay friends despite our opinion often differs.

We get an inspiration from the life around us. Mostly from the negative sides of it, but it does happen some positive stories out there. Our last album – The Void is inspired by personal experiences and a great upheavals of each of us. Although there are positive notes in it as well.

It was last Saturday. We have traveled 18 hours one way to play a large open air festival in Ukraine. It was awesome crowd, awesome stage, so definitely worth it.

First of all, it’s the music we grew up with, which formed our musical taste. The musical influences of Weesp are a mix of musical heroes of all members. I’m thinking about Nine Inch Nails, Rage Against The Machine, Tool, Joy Division, Prodigy, Baroness, Radiohead, Neurosis, Paradise Lost and many more. Of course we discover new bands all the time. There are so many music we love. It’s inexhaustible source of inspiration.

I’m not sure if they are new but i’m thinking of While She Sleeps. They sound really sincere and I like them a lot.

No idea what you mean)

Never toured in UK, but definitely want to.

Stay true to yourself and to what you believe in

“The Void” gathered all our experience during a long period from I’d say 2011 till 2015. For all of Weesp members, it was a hard period of important and influential events in life: losses of a loved ones, inner depressions of self-realization, a reasoning about love and people around it, stimulation of taking more and more from our lives. All these thoughts were crucial in changing our whole style of music that we played before, we brought more dark sounds and hard metal riffs to the atmosphere that penetrated us from the inside to draw it in a music. So we’ve tried to find a title which will describe the whole thing and that’s it – The Void.

The album we are working on will be called “Black Sails” – it stands for being different and staying true to yourself no matter what. The world will always try to break you, change you. But in the end the unbroken outcasts are those who change the world instead, who goes ahead under the black sails no matter what.

Our YouTube channel or join us in Poland and Germany during our upcoming tour in November.

I think the old days has both bad and good sides. Back in the days there were a higher barrier to entry to the music market, so almost all of the music you found in the store was good enough. Nowadays everybody can put their music on itunes which makes searching for new brilliant bands to listen much harder.

However the social media nowadays puts the performer so close to the listener like never before, which is really cool.

I’d like to release the next album on cassettes. I think it’s really cool)

After releasing of next album I’d like to make an acoustic album, where we will play some of our songs on acoustic instruments. In fact we had plenty of acoustic shows in streets of Czech, Poland and Germany and it was quite cool, so will be a good idea to make a studio recording out of it.

Our fans are everything to us. I always open to everybody, to any question or desire. I love every guy or girl who comes to see us or who is writing us on social media. I’m trying to answer or hang out with everybody.

X-rays or any treatments needed for band related injuries:

Six pack of beer for everyone.