Weatherstate take on the A-Z challenge

Our A-Z challenge is a fun way to get to know the many bands and artists out there. Here its the turn of Callan from Weatherstate to let us know all about the band! 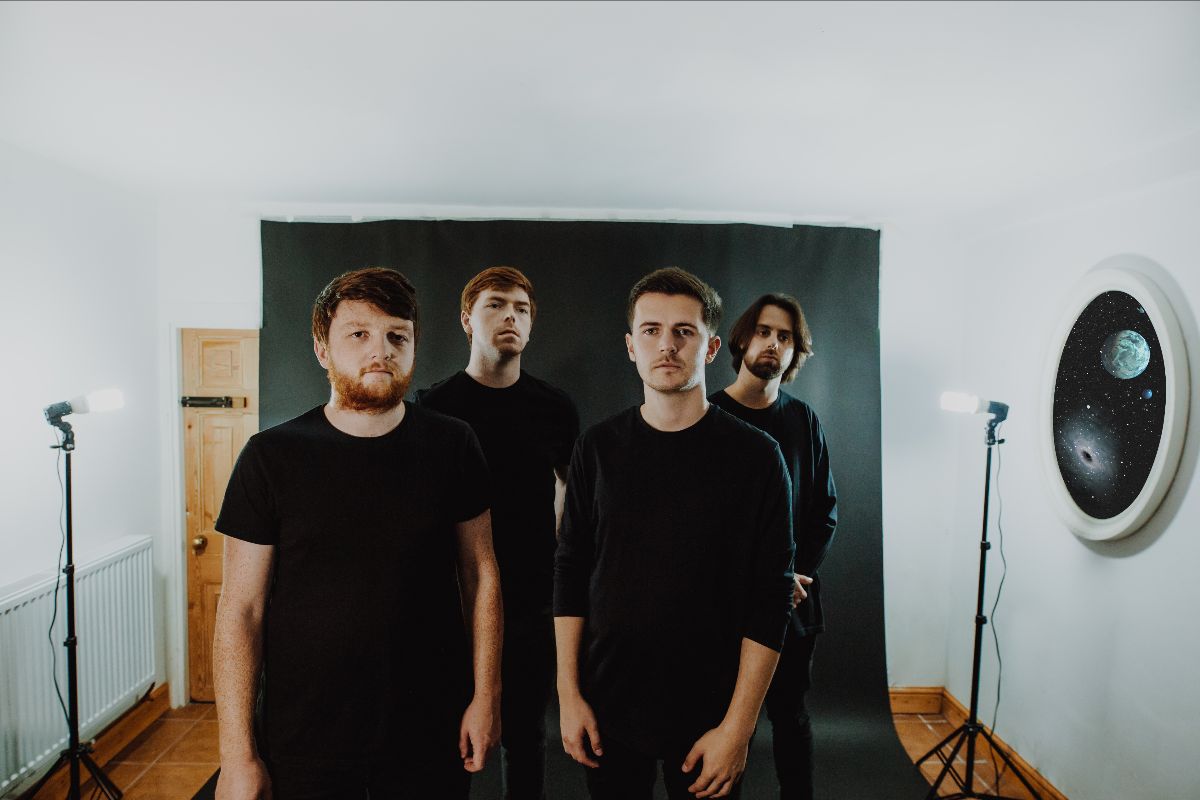 Honestly, this may come across fairly basic, but I don’t think I’d be as enthused to make music if Basket Case didn’t exist. I remember hearing that for the first time when I was super young. Probably about 5 years old? And then again when I was 13 around the time I started learning guitar. Never looked back since.

I wish I had a really cool answer for this haha. Typically touring the UK you’d be lucky to get a warm can of Carling or some sliced bread. Germany has always been great to us with the rider. If you run out of anything they will keep refilling it forever. More specifically? Shout out Hamburg for restocking that high grade OJ all night long.

There’s been a few! Suspiciously, things have gone very efficiently for us to this point haha. However, on our first tour, I remember a horrible night where the show got cancelled, so we drove 16 hours in our Peugeot 206 to Scotland. We slept for 30 minutes on a wet and windy beach in the middle of November at 4am? Those weren’t good times. More recently, our last tour we had to deal with a potential concussion in Cambridge after an intoxicated member of the public flung themself into a table during our soundcheck. That was kinda odd?

I think a lot of our lyrics typically paint an overall picture towards a song as opposed to individually deep lyrics. Honestly, I think we have some of our darkest metaphors on Hangar so be sure to check that out.

Usually the fast bangers are the easiest. I think it’s gotta be a toss of a coin between Stutter from our Dumbstruck EP or Rotten Lungs from Born a Cynic. I think both of them were written in like a day? I think Stutter maybe even takes the cake. I think that one took under an hour at just 1 practice?

This is tough! Personally I think Rotten Lungs for me. I think it’s only because we like to make a racket with the outro in a live environment. It’s pretty cathartic stuff.

Weirdly, I think we got lucky with this already having Tobi Duncan feature on Barely Human on our last record. Great guy. Amazing set of chords on that geezer. Love him to bits.

I think maybe this is overlooked on a surface level. Band admin and promotion can be seriously hard work. At the end of the day it’s not what you signed up for when writing riffs in my bedroom but it’s totally worth it if you put the time in. I think that can be underappreciated at times but it’s just how things roll!

I think every band has their “in” jokes with each other. Often they just aren’t funny haha. They can vary from like, calling me the band dad, to spitting out Peep Show quotes in the van. Like, one example of something that got into our lexicon on our last tour. Toby raged at his Nintendo Switch after his game of Sonic crashed. Somehow that snowballed into him saying “there was a pigeon in the cartridge?” in regards to why it broke. Yes, it made no fucking sense. But that’s why it tickled us. Whenever something fucks up, we now refer to it as a “pigeon in the cartridge” moment. Yes, I know it’s not funny.

Honestly, I think it just boils down to whether the chorus hook is good and whether it has some solid riffs along the way. That’s something we try to rest our laurels on. At the core anyway.

We traveled from Trowbridge, UK to Gouda in the Netherlands once. I think we set off at 3am UK time and arrived in Gouda at 4pm local time. After the show, we crashed somewhere south of Gouda at like 3am. It was quite literally a 24 hour working day. I think the promoter stood us up that night too. That was a tough one!

To be fair, on a musical scale. I think The Dirty Nil. Seriously though, We were fortunate enough to play a couple shows with them on their last record cycle and they just blew me away every night. Truly, a flawless live band. They’re just on another level. buckets full of talent.

I think Havelocke are a band people should keep their eye on. It’s a super refreshing take on punk and emo. They’ve really nailed it on their last few singles. Watch out for them.

Haha, I think the easy answer is Green Day. But more realistically. My bucket list would be Saves The Day. I’d love to open for our friends in Trash Boat again at some point. I feel we always get along on a bill. It’s tough for us. We’re usually the ugly duckling of any line-up we’re put on.

Ah so many! We definitely would love to do the States at some point. Australia is a huge one for me too. Maybe Japan one day just for the culture shock.

Hangar? It stemmed from a working title I had for the track and then Harry adapted that into what it is now to tie into some of the visual themes we have planned.. and also the sick and gnarly Tony Hawk’s Pro Skater 2 level. Naturally.

Hopefully soon! Some of the shows we had booked have been moved / are hoping to happen later this year. But we can only keep our fingers crossed for now.

It’s an interesting debate but I disagree. I feel music is constantly changing and evolving and it’s a healthy, creative and positive thing. That should be embraced a little more. Sure, we have our favourites growing up and sometimes it’s hard to see past that nostalgia bubble. Music tastes can also be generational. But i feel it’s regressive to say it’s better back then. I mean sure, our specific genre may have been more accepted by mainstream media at some point in the past. Personally, I don’t use that as a measuring stick for quality. There’s some really sick artists out there now.

We certainly love odd bits and pieces. I think we’re toying with the idea of doing some more unusual things down the road. Keep your eyes peeled for that.

We got to toy around with an acoustic arrangement of Hangar for Rock Sound recently. We tried to keep it unconventional and dabble with some lo-fi drums and roomy acoustic sounds. It may be cool to try and get recorded properly one day.

Love them to pieces. Shout out to them for sticking with us through the barmy world we’ve created. Legends, the lot of them.

Sadly not, worst thing we’ve come down with on tour is just a cold. Toby knifed his hand accidentally last week trying to do something with his warhammer figurines? Weird kid.

We haven’t been late for a show for a long time fortunately! In the past, I would have to wait up for Harry or Hogan to finish their 9-5 before racing off to a show somewhere in the UK. But we’re a little more smart and organised now. I think the last time we were late to a stage was because I got locked in the backstage toilet before our set in St. Albans.

Tough question. Maybe a giant panda? We’re pretty level headed as people and hard working. I’m not sure that’s really the personality trait of a panda? Perhaps I’m presuming? Maybe it’s just because we enjoy playing Tekken 3 too much in the van and Panda is our main. Who knows?