Vrillon take on the A-Z challenge

Our A-Z challenge is a fun way to get to know new artists. This time, it’s the turn of Vrillon, who are celebrating being added to the Glastonbury line-up. 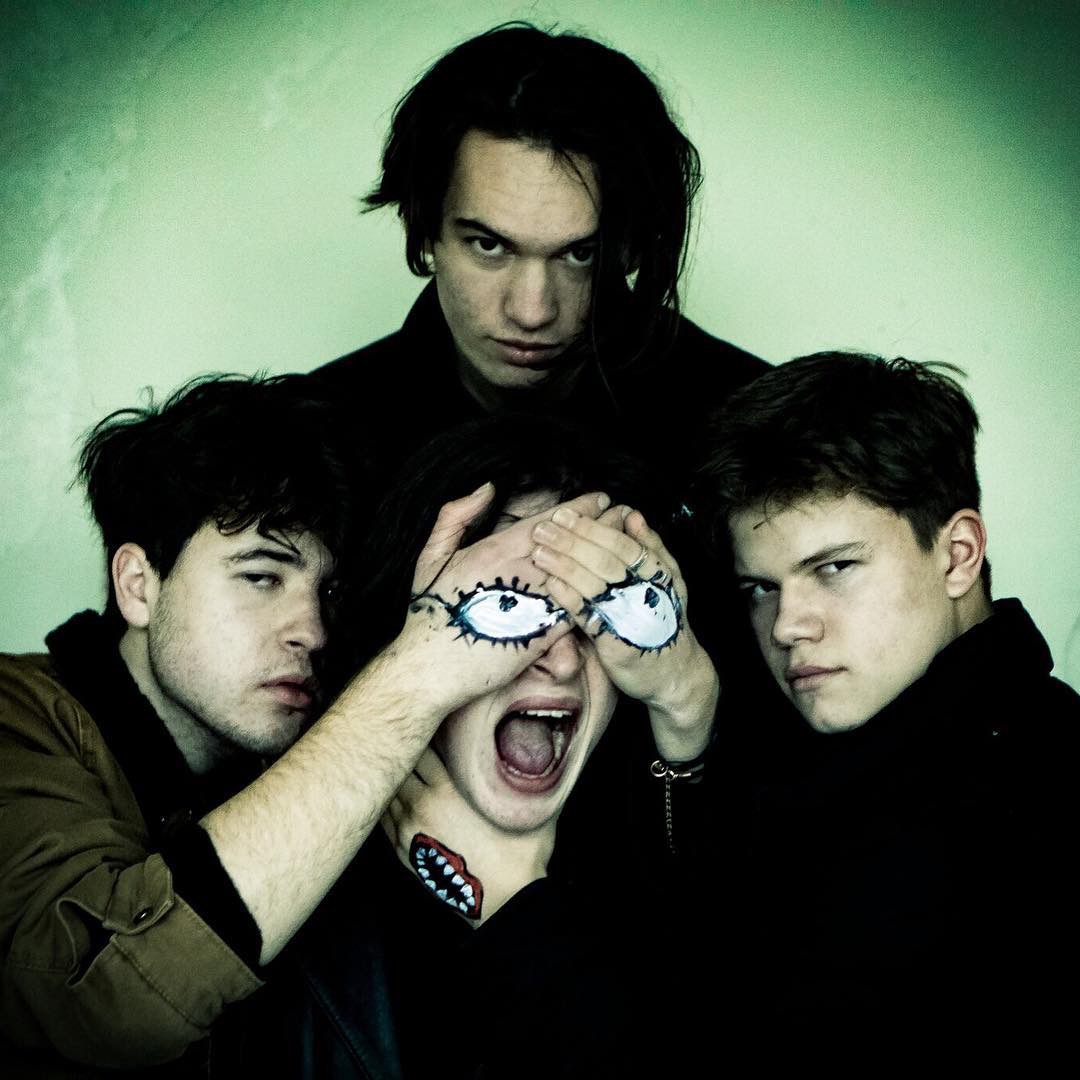 We were waiting for a train and Charlie said a joke. Will couldn’t contain himself so he spat his pot noodle all over the table. It was a mess…

“Once they’re gone, they are gone, never to be heard. Once forgotten, always rotting in the dirt.” ~ ‘Good Night, Bad Consequences’

Find You wasn’t too tricky I guess.

‘This town ain’t big enough for the two of us’ is very spooky and fun to play!

Would love Josh Homme to do some falsetto harmonies on a few tracks.

Trying to get everyone off their lazy arses! Trying to organise something is harder than herding kittens…

Will used to have a Scottish accent. Now he just has a confusing mix of different voices.

Charlie looks like many things/people: Matt Damon, Lex Luger, Meth Damon, a coconut, loads of various people who we’ve see on the street, you name it! But don’t let Charlie hear you say it…

Never start it off by singing: “I was walking down the street.” If you stick to that rule you’ll be just fine.

Probably Exeter, in the arse end of nowhere! Took us ages to get there.

King Gizzard & the Lizard Wizard was really inspiring. They performance and musicianship was on another level.

Herbie Bone. Two thirds of his band is Vrillon anyway, plus he also features in our live shows. So we’d definitely recommend.

It would be great to open for someone with high energy. Maybe some like Metz? Probably.

It’s a dream to tour the USA. That would be nice.

I’ve said it before and I’ll say it again! “Avocado is not real food, it’s edible air…”

White Waves represents regeneration of life. One wave crashes and dies but there will always be new waves behind it, though they are always doomed to end at some point.

We’re actually looking into getting ‘Vrillon Water’. This issue is if we be allowed to sell it in venues or not.

Would like to do an acoustic version of our song, ‘Dead in the Garden Shed’.

If they love and support us then we can’t be happier. To know that some people really appreciate what you do is very comforting. Thanks fans!

If you come to our shows and you don’t like the sight of blood, then I suggest you don’t look at George’s hands. His knuckles are mangled.