Virtue In Vain take on the A-Z challenge

Our A-Z challenge is a fun way to get to know the various artists around the world! Today it is the turn of Virtue In Vain to take us behind the scenes by tackling the challenge! 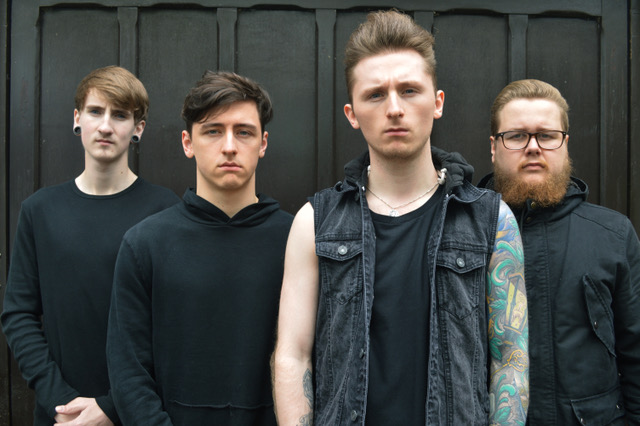 Assistant To The Regional Manager by The Devil Wears Prada

Promoter from Guildford bought us the best Pizza. After the show we had just played it was the perfect ending.

We once spent 24hrs in a Mc Donalds since a show cancelled on a tour. 3 meals we ate there. It was honestly a weird experience and the conversations got super deep and odd after a while

The night will be back, but for now I watch the sunrise

Probably Marionette as it came so naturally once we began writing

Marionette. It’s fast and punchy so it really sets the pace

Sean Harmanis – Make Them Suffer
The power in his voice is just on another level.

Probably criticising your own music. We really want to put out our best so we over analysis what we write.
So much that we scrapped an entire EP of songs and started fresh.

Dan has a daughter. It may not be the most interesting fact but she is beautiful and it’s such a achievement to be a father.

Oh way to many to tell. One in particular is ‘Poulet’
We played a tour with a French band called FRCTRD, every day they shouted ‘Poulet’ at each other and by the end of the tour it became all we said to each other between songs

Patience and letting go of your ego. We found by looking what is best for the song rather than we wanted it ended up in the song being even better.Longest distance you’ve travelled to play a show?
Probably Leeds so far

Nick McLernon from Make Them Suffer. He has not only inspired us but we have met him and he taught our guitarist (Emyr)
He has such an impact on how we are now as a band.

The Devil Wears Prada or Make Them Suffer.
They are the biggest inspirations for us so if we ever achieve either one, it will be a dream come true

Germany or Europe in general. Just such an amazing scene out there and the talented bands are just surreal.

Don’t let anyone tell you what success is, we make our own success and create our own dreams.

Dusk // Dawn follows on from our last EP. The concept of the EP is the worst night of your life. It covers from when the sunsets to when it rises again.

We have a tour coming out in August so stay tuned for updates!

No. They inspired me but seeing what they have done to create the new generation of bands is such a wonderful thing.
Music grows and adapts and talent just keeps on coming out.

Onesies. A metal band did one once. It was weird but also such a unique idea.

I would like to see Dawn remixed. Just to see what we could come up with.

Everything. They are the reason we are able to do this and if our music entertains or helps thence are happy in that.

Not yet! Had many cuts and bruises. Bleeding over gear but nothing that required a hospital.

Dan’s. Without a shadow of a doubt he would be late
Sorry Dan.

Turtle. We just keep going through thick and thin and live forever