Veins take on the A-Z challenge!

Ahead of the release of their new single Blood On My Hands (February 23), we asked Veins to tell us more about themselves using our A-Z challenge! A song that made you want to make music? It’s not one song but Stevie’s song writing was originally massively inspired by Smashing Pumpkins‘ Siamese Dream album. Best rider you’ve […] 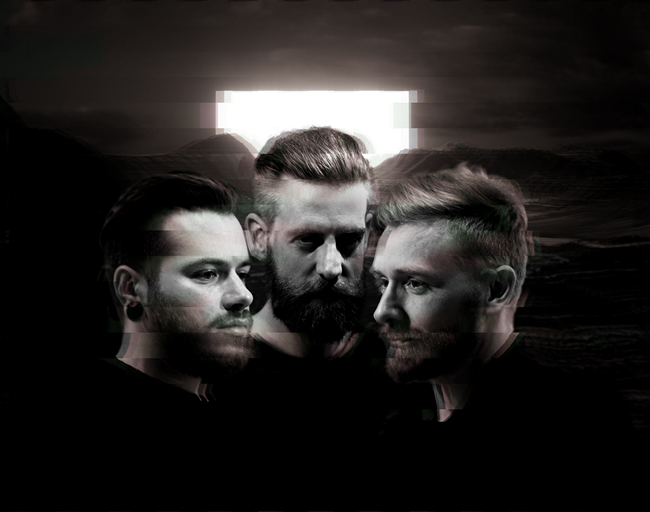 Ahead of the release of their new single Blood On My Hands (February 23), we asked Veins to tell us more about themselves using our A-Z challenge!

We’ve not had much but cheap lager and water. However, you appreciate the cheap lager more at London shows because you save more money at the bar.

After we played Camden Rocks Festival last year, we were at the after party when news of the London Bridge / Borough Market terror attacks started coming in. In the confusion there were unconfirmed reports of other attacks across London. We stayed in the club for a bit but then decided to try and get back to where we were staying and there were just blue lights and sirens everywhere. In reality we weren’t that close to what had happened but the uncertainty in the situation was a little bit scary.

One of our new tracks called Sunlight, Scott came up with a bass riff for the verse, Stevie come up with a melody and guitar part, we jammed it through and somehow just fell into playing the chorus too. It pretty much wrote itself. It’s a banger as well.

We like them all but currently it’s another new one called New Horizons. We’ve been opening our set with it and love it because it just keeps building and building. It’s a great one to grab people’s attention.

It seems to be harder for bands to establish themselves nowadays compared to when we were first in bands. Whilst it’s so much easier to make music and get it out to people because of advancements in home recording and the internet, streaming services etc. the sheer amount of choice people have now as a result makes it harder to stand out or be discovered by potential fans. So you need to stand out live but it’s hard to get gigs without a following and it’s hard to get a following without doing the gigs. It’s catch 22. It’s not all doom and gloom though, just make good music you enjoy and eventually people will find it.

Dan once done work experience at Abbey Road and accidentally knocked a wheel off one of the pianos used by The Beatles when moving it.

Get a good hooky melody first. Once you have that you can build everything else around it.

We’ve not done anything more than a few hours yet. We’ve all toured extensively in the past, so once you’ve done a 16 hour journey across Europe, anything around the UK feels close in comparison.

I once saw Thom Yorke and Johnny Greenwood play an acoustic set at Koko in London. Whilst they were playing the audience were completely silent. There was barely any other sound in the whole venue but them. That level of command and respect between artist and audience totally blew me away. I actually got to meet them afterwards and I asked Thom Yorke to settle an argument me and my mate had been having in the car on the way down about Pink Floyd. When I said my mate didn’t like Pink Floyd, Thom said “you need to smoke more weed, mate”.

Our mates called Creatures from London who have a couple of tracks out on Rough Trade, check out Enola. Also, some Corby bands; Sharkteeth Grinder and Family of Noise. All three are on Spotify.

Our music sits in a place where we can join indie or heavier bills and not stand out of place too much on either so we’ve got a lot of choice. We’ve all got different ideas about the ideal band to support. Let’s go for an easy one and say Deftones as that’s one of the bands we all actually like.

Between us we’ve toured the UK, Europe and Japan, so we’ll say America as none of us have ever toured there.

Never argue with an idiot or they’ll bring you down to their level and beat you with experience.

Our new single takes its name from the opening line ‘I’ve got blood on my hands, there’s terror in my veins and none of its leaving’. The theme behind the lyrics is a parallel story of ‘love is war’. Whilst the world falls apart, we decide which side we pick… and whether to choose fight or flight. It’s about rolling with the punches and fighting towards being better.

The one we’re looking forward to most is playing the main stage at ‘The Rocked Up Hootenanny’ which is a one day 2000 capacity festival at Rockingham Speedway. That’s going to be a mix of nationally known and new upcoming bands. That’s not until September the 8th though, so there will be plenty of shows before then.

What era music comes from or the genre is irrelevant when it comes to good music. If it’s good, it’s good.

We recently did a charity all-dayer headlined by Press To Meco and all the bands gave merch to the raffle to help raise money. We didn’t have any so we printed off the front cover of our last single Ambi and stuck it to a bottle of wine as a label with a message on the inside apologising for our crap contribution. We saw a guy staggering out clutching it at the end of the night. He was happy.

We have a song called Never the Same which is being released along with our new single Blood On My Hands on February 23rd. It’s a quieter track which builds up to a massive instrumental ending. After we’d recorded it we kind of wished we’d gone back to a chorus at the end for a more traditional song structure and perhaps released that as a single itself but it still sounds great as it is.

We just love being in the band and hope people like what we do. So when someone really gets into it we’re just always massively flattered and appreciative.

No serious injuries as of yet but after a recent gig in Camden Dan nearly spewed himself inside out. It was horrible to watch; we considered putting him out of his misery at one point.

The Northern White Rhino. It’s not really a zoo animal but like us there’s only three of them; literally the last three in existence are under constant armed guide in Kenya.