Ursus take on the A-Z challenge!

Last month Brit metallers Ursus revealed their new single Hallowed Shakes! We asked the band to take on our A-Z challenge to find out more about them! A song that made you want to make music? Toxicity by System of a Down. It has awesome melodic sections and lot’s of great heavy bits. Plus, that really original […] 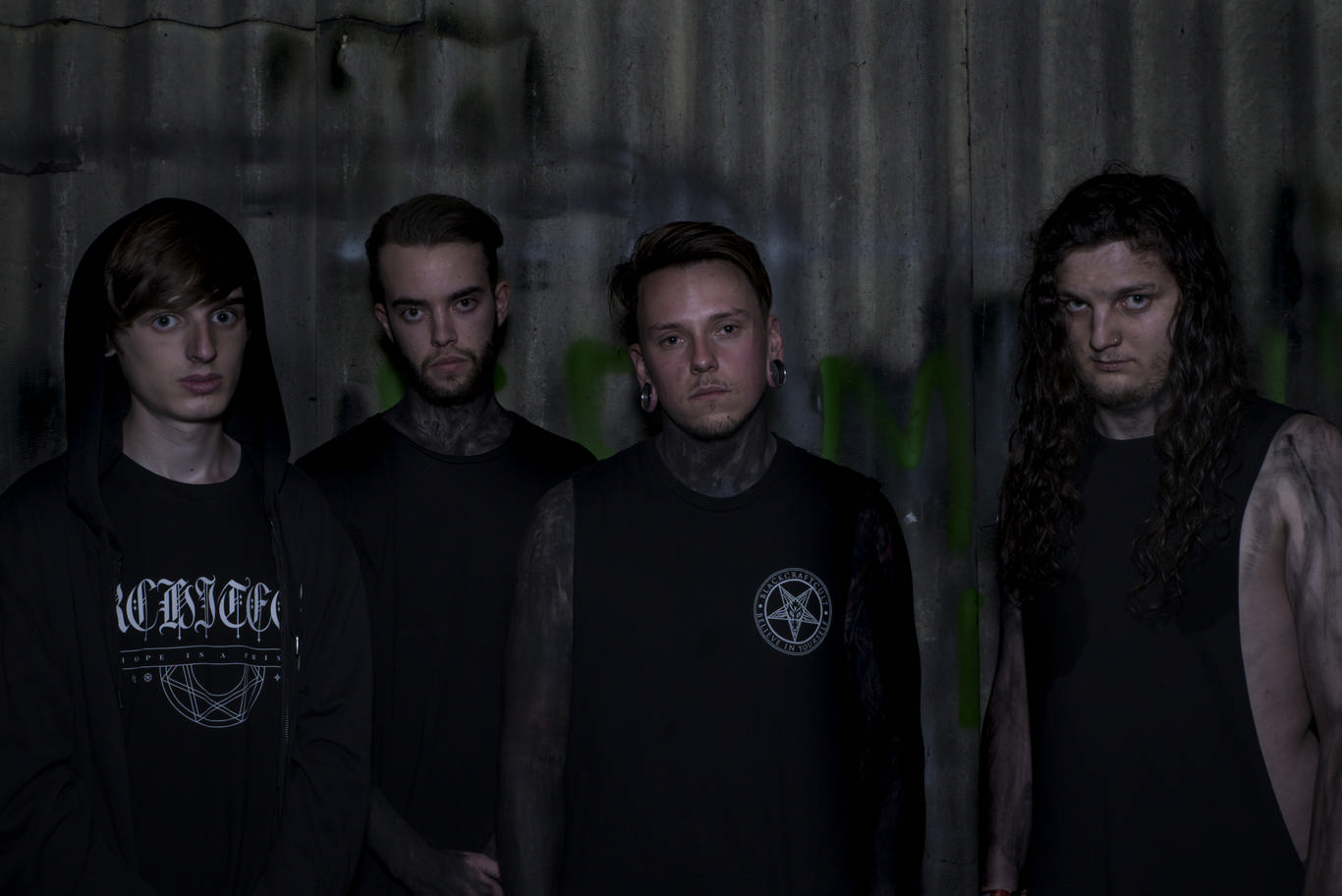 Last month Brit metallers Ursus revealed their new single Hallowed Shakes! We asked the band to take on our A-Z challenge to find out more about them!

Toxicity by System of a Down. It has awesome melodic sections and lot’s of great heavy bits. Plus, that really original weirdness that they add to everything.

When we played Surya in Kings Cross we got given so much beer with the other bands we made a sort of Christmas tree out of cans.

Trying to drive home from a photo shoot in pitch black, in rain so bad that it caused a few hundred pounds worth of damage to the car.

‘Watch me tear myself apart and watch all life force leave me’ is one from a new song we’re working on. It’s sort of a ‘self hate’ song

Hallowed Shakes the new single. That first riff was around for a while but James wrote the rest of the song in a day more or less. We went back over it a lot obviously but the first draft came fairly naturally.

A new one we’re playing that is yet to be officially named. It should be out in March hopefully.

CJ from Thy Art is Murder. Or a clean singer for a big chorus or something. Someone like Lucas from Holding Absence or the singer from Parting Gift.

Breaking through. The internet is great for promotion but now there’s so many more bands fighting to make a name for themselves it can be hard to get recognised.

Our first (since deleted) EP

Not overthinking it. James is really bad at that, he always comes up with ten variations for everything and nine times out of ten we end up using the first idea.

Probably Cardiff was the longest trek for us so far. It might not have been the furthest distance but it definitely took us the longest because of traffic.

Seeing Sam Carter perform live on the Architects UK tour after Tom passed was incredibly inspiring. The emotional strength of that band to keep going, as well as the vulnerability that they allowed on stage to feel what they needed to was incredible to see.

Parting Gift and Holding Absence are both relatively new and we love both of them.

We would probably fit in very well at a Veil of Maya show. That would be amazing as well, they’re one of our favourite bands collectively

America. There’s just so much there and every state is like a different country, so a nice long tour there would be one hell of an adventure.

I can’t remember who said it but it was something along the lines of “A song is never finished, you just give in”. That’s wildly inaccurate but it’s along those lines.

Hallowed from ‘Hallowed Shakes’ is a nod to the glorification of war, and the ‘shakes’ is a reference to PTSD which we address in the song lyrics.

Everyone in the band is different. Aaron is a big 90’s fan whereas James doesn’t have much on his Ipod that came out before 2010. Music is music it doesn’t matter when it came out.

We played with Harbinger and they had branded rolling paper for smokers. That was cool.

Probably would add some different chords at the end of Ascension instead of just that one note. That might sound nice

Our fans mean everything. We get nothing but support which makes it so much easier to do what we do and play the music we love.

James had a car accident in March so he didn’t move about much for the few shows after that. No one’s had any serious injuries from playing music though.

Probably James. Or if Joe is coming from work and is late leaving but that’s not really his fault. James just isn’t great at timing it when traffic is involved.

A Bear. Look up the word Ursus and it’s very obvious why