Brad had a chat with ‘Art-Rock’ duo The Wealden! 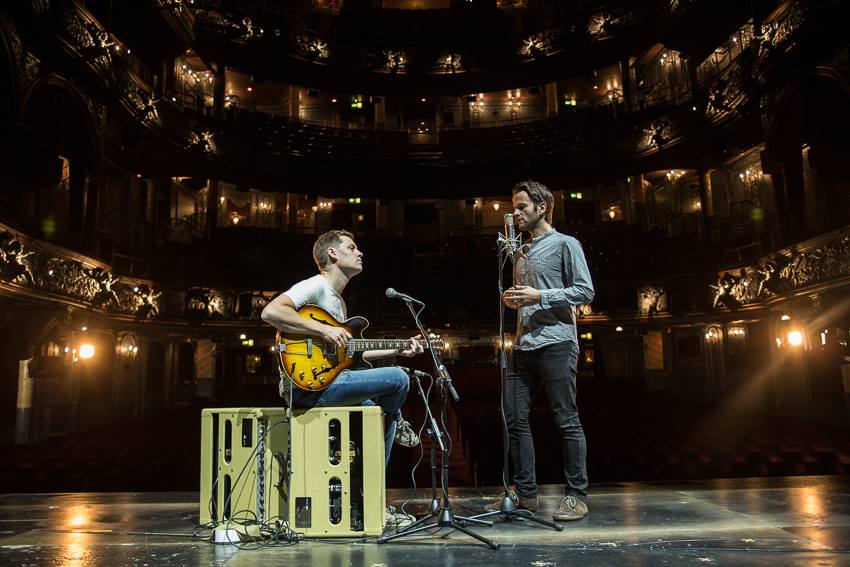 Hello The Wealden, how are things?

We are great thanks! …. still on a high after our EP launch last week. The response from friends and fans is keeping us on a high.

You recently released the ‘Rushes’ EP – How has the reception been to this release?

So far the reception has been amazing, the challenge is getting people to listen to the music in the first place, but we are making lots of new friends along the way.

What aims did you set out for yourselves when creating ‘Rushes’ and did you achieve them?

The idea of starting with an EP was Tim’s initially, I was more focussed on the idea of writing and recording enough material for an album but on a purely practical level the EP felt much more achievable. An EP is also cheaper than recording an album… which is a bonus when you are paying for it all yourself.

There was no musical agenda other than presenting what we’d been trying out in rehearsals… so, yeah I think we did achieve what we set out to.

Being a two-piece band seems to be having a bit ressurgence recently, how did you guys decide to go as a duo?

Well in actual fact we started out as a four piece with bassist Chris Hill and drummer Brad Webb. That was The Wealden v.1 but it was doomed to fail, simply from the point of view of trying to find times to get together when we were all free. It was often 6 months between rehearsals because one or other of us was away on tour. Eventually it became clear that Tim and I should go it alone as we were doing the bulk of the writing anyway so it made sense.

Your genre is described as ‘Art-Rock’ … how would you describe your genre?

To be honest I think of it simply as “rock” but I like the “art-rock” label, that way we can convince ourself we are doing something important! (cue laughter)

In reality any label or description is always going to fall short when describing a creative act that can have limitless influences.

Where did the name ‘The Wealden’ come from?

The first time we got together to play it was at a friend’s place near the village of Weald in Kent.

It felt right at the time to say that the band came from The Weald hence The Wealden.

When creating your music, what bands have inspired you?

The influences aren’t conscious when we are writing but tend to be articulated when it comes to recording and production.

We might say the chorus goes into a foo-fighters mode and then the verse is more like Daft-Punk. But that’s just how we chose to frame a song after it’s written.

We both listen to so much music, the obvious ones are the audible influences like Jeff Buckley, David Bowie, Police, but less obvious influences are bands or artists like Punch Brothers & Bill Frisell.

Do you have any gigs coming up?

We are starting to look at dates later in the year… but nothing is confirmed yet.

Finish the album, and then go on holiday!

Whats the ultimate goal as a band?